In a called meeting held Friday afternoon, April 3, the Donalsonville City Council, in a 3-1 vote, appointed Moses James Jr. to the council to fill the unexpired term of District 1, Post 1 councilperson Mitzy Moye, who announced her candidacy for Mayor of Donalsonville last Wednesday. Complete minutes of the meeting on Page 13 in this edition.

With the called meeting held just hours before Governor Brian Kemp’s mandated Shelter in  Place restrictions took effect, Councilperson Mitchell Blanks commented, “I believe that we need to have a full six person council as we move into these difficult times.”

Upon receiving news of his appointment Moses commented, “The City of Donalsonville, Georgia has a natural and welcoming beauty about itself.  All of the residents of this city should enjoy a great quality of life and as a member of the city council I endeavor to make this a realization for us all, but in a very fiscally responsible way.

My first tasks will be to familiarize myself with the vision already in place by the city council and to become active in assisting the Mayor, City Manager, and the Council in achieving those goals.”

Moses Patrick James, Jr. is a native of Thomasville, Georgia and he moved to Donalsonville, Georgia in 1999 along with his wife, Laverne (Greene) James, who is a native of Donalsonville. They have three sons,   RaShawn, Moses III, and Dillion.  He is a graduate of Thomasville High School in Thomasville, Georgia and Georgia Southwestern State College in Americus, Georgia where he graduated with a degree in Psychology. Mr. James has further studies at Troy State University where he was in pursuit of a Master’s Degree in Management with an emphasis in Leadership and Organizational Development.  He is currently enrolled in Command College at  Columbus State University pursuing a Master’s Degree in Public Safety Administration (MPSA).

James began his career with the state of Georgia in 1993 as a Case Manager for the Dedicated Case Management Services at Decatur County and Seminole County Mental Health Centers in Bainbridge and Donalsonvillea. He later accepted a position with the Georgia Department of Corrections at Autry State Prison in Pelham Georgia as Senior Mental Health Counselor.  Mr James then relocated to Donalsonville and left the department on a brief hiatus to  accept a  position in Decatur County and Seminole County where he ran substance-abuse treatment clinics as well as the area’s first Intensive Outpatient Treatment Program (IOTP) Services in Southwest Georgia. Mr. James was later promoted to the position of Coordinator of Adult Treatment Services for Decatur and Seminole Counties while still serving as acting program Manager for Substance Abuse Treatment Services.

James returned to the Georgia Department of Corrections in 2001 when the department opened the Bainbridge Probation Substance Abuse Treatment Center located in Bainbridge Georgia. Mr. James returned in the capacity of Behavior Specialist where he conducted psychological testing as well as mental health counseling services for the detainee population at the facility. He then moved to the position of General Population Counselor in 2004. In 2006, Mr James was promoted to position of Assistant Superintendent/Acting Superintendent. In 2008 Mr James was made Superintendent of the Bainbridge Probation Substance Abuse Treatment Center. During his tenure as Superintendent he has overseen the expansion of the facility from  a 192 bed facility to a 384 bed facility — the largest in the state of Georgia. 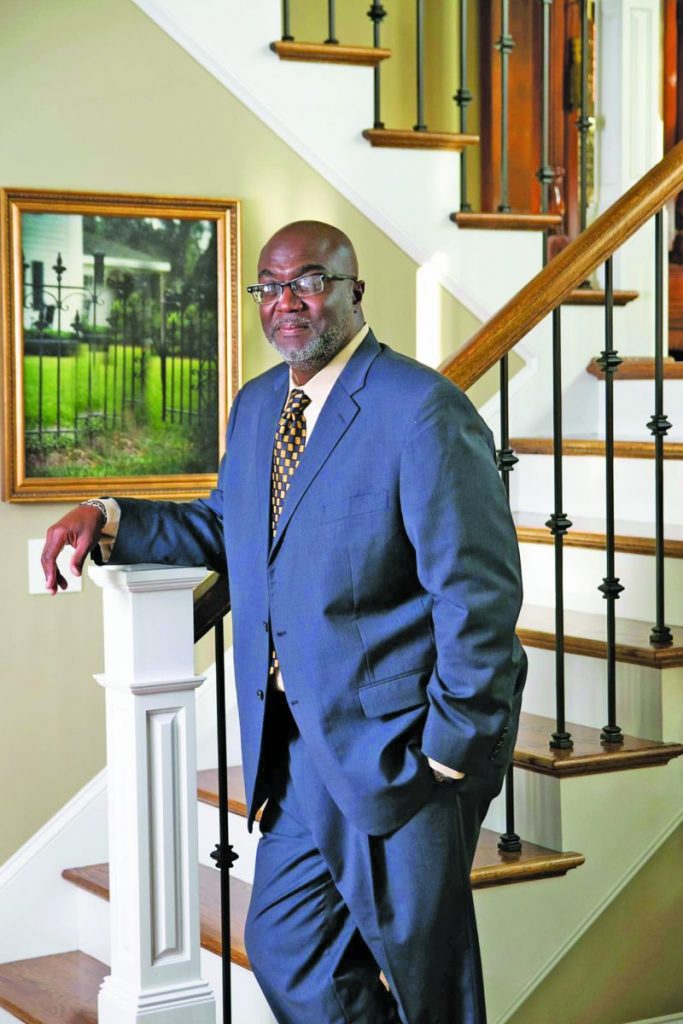