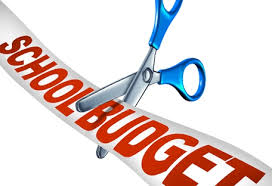 The economic impacts of Coronavirus could put the state government $3 billion to $4 billion in the hole during the next fiscal year, an Atlanta-based public policy think tank warned last week.

“If the federal government does not come up with a serious response . . .  it could really have very dangerous effects for the economy and the government of our state,” he said.

Seminole County School Superintendent Mark Earnest echoes Kanso’s concerns. Typically, last week would have been when school systems across the state receive their allotment sheets from the Georgia Department of Education, which would outline the amount of state funding each system earns.

“Until the General Assembly reconvenes and finalizes the budget for 2020-2021, we have no idea what to expect. There are conflicting reports, but a worst case scenario is that we be prepared for a 14 percent cut in our state funding,” Earnest added.

According to report listing the amount of funding Georgia schools would receive from the Coronavirus Aid, Relief, and Economic Security Act (CARES), the Seminole County School System would receive  $583,389. With that funding, and the possibility of the proposed budget cuts, Seminole County would have a shortfall of approximately $1.4 million.

Earnest has had preliminary discussions and developed possible options to be considered. However, the superintendent says he does not want to go too far with planning until officials have a better idea of what they will face.

“We have also been told there would not be any cuts to state funding, but that seems highly unlikely at this point,” he says.

Earnest added, “The school district will not hire any new employees, and we have been looking at teacher certifications and moving some employees to save money and jobs. Hopefully, we will not have to use our Reduction in Force (RIF)  Policy.”

Reports indicate the General Assembly may return in late June to wrap up the budget. According to Earnest, school systems across the state have been told to adopt spending resolutions in order to operate after June 30 until the state budget is completed.

In an eight-page analysis released April 20, the GBPI predicted that a sustained unemployment rate of 10 percent to 20 percent in Georgia – a good possibility considering that 18 percent of the state’s workforce has filed unemployment claims in recent weeks – would send state income tax revenues for fiscal 2021 plummeting more than $3 billion below expectations. The new fiscal year starts July 1.

The report projects state sales tax collections to fall $300 million to $670 million, depending on how long businesses are closed to maintain social distancing.

Georgia is to receive about $3.5 billion of the $150 billion Congress earmarked for state and local governments from last month’s stimulus package.

But Kanso noted that money is going primarily to help offset the costs of the state’s response to COVID-19, not to address the looming budget shortfall.

Making up the shortfall by furloughing state workers and making deep cuts to critical state services including education, health care and public safety would only prolong and intensify the economic downturn, he said.

Instead, the GBPI report recommends addressing the shortfall by increasing revenues. A way to do that would be by increasing Georgia’s tobacco tax, currently one of the lowest in the country.

Kanso said raising the tax from 37 cents per pack of cigarettes to the national average of $1.81 would generate $575 million a year.

The report also suggests a deep dive into the generous tax incentives the state doles out every year to generate new jobs and keep businesses already in Georgia from leaving.

Even the state’s most popular – and costly – tax incentive, the film industry tax credit, could be reduced by raiding $2 billion in unused credits an audit turned up in March of last year.

The General Assembly already has passed and Gov. Brian Kemp has signed the fiscal 2020 midyear budget, which covers state spending through June 30. The GBPI report projects the state will end the current fiscal year with a $1 billion shortfall.

Lawmakers will have to deal with the lion’s share of the projected shortfall when they reconvene the 2020 legislative session to take up the fiscal 2021 budget. The session was suspended indefinitely March 13 as the Coronavirus outbreak took hold in Georgia.