The 2020 Census is underway, and it is time to act. A full and accurate count of all state residents is vital for Georgia communities, but it is rural Georgians who could feel a major difference between a count that is only partly accurate – and one that includes every single member of the community. As of this week, out of Georgia’s 159 counties, Seminole County is #137 in its rate of response.

To-date, the response rate for the 2020 Census in Georgia is 54.5%. This is not far from the nationwide average of 49.4%, but rural Georgia counties have a much lower response rate than their metro counterparts.

Seminole County’s rate of response is 35.2%, much lower than Miller County at 49.9% and Decatur County which currently stands at 42.1%. Are we going to let Miller and Decatur counties count more than Seminole County? Let’s hope not.

Do your part to make sure every single Seminole County resident counts by registering today at 2020census.gov

The results of the census are about funding and representation, and there has rarely been a time when it was more important to get it exactly right.

The census is taken only once every 10 years – and the 10 minutes it takes to complete could mean a difference of thousands of dollars in federal resources for Georgia communities.

Georgia’s health clinics, roads, fire and emergency departments, schools and rural transit are examples of programs that receive federal funds, which are then administered on the local level in Georgia.

The number of people who respond in the census will shape our communities for the next decade. Getting an accurate count of older Georgians, babies and every age in between makes a difference in where tax dollars are put to work.

The U.S. Department of Agriculture, the Georgia Department of Community Affairs and other government agencies define “rural” as a county having 50,000 or less in population. The map below shows the difference in response rates between metro and rural counties across the state.

The Governor’s Complete Count Committee was formed in 2017 to plan and spread the word about this effort, and Governor Kemp expanded this committee last fall as the 2020 Census approached.

Participation in the census is required by law. Not only does it pay to act, but the cost and consequences of inaction will be high for our communities – and they’ll last at least a decade.

It is imperative that every Georgian is counted in the census. Georgians can easily participate in this once-in-a-decade effort by spending just 10 minutes online at: my2020census.gov. 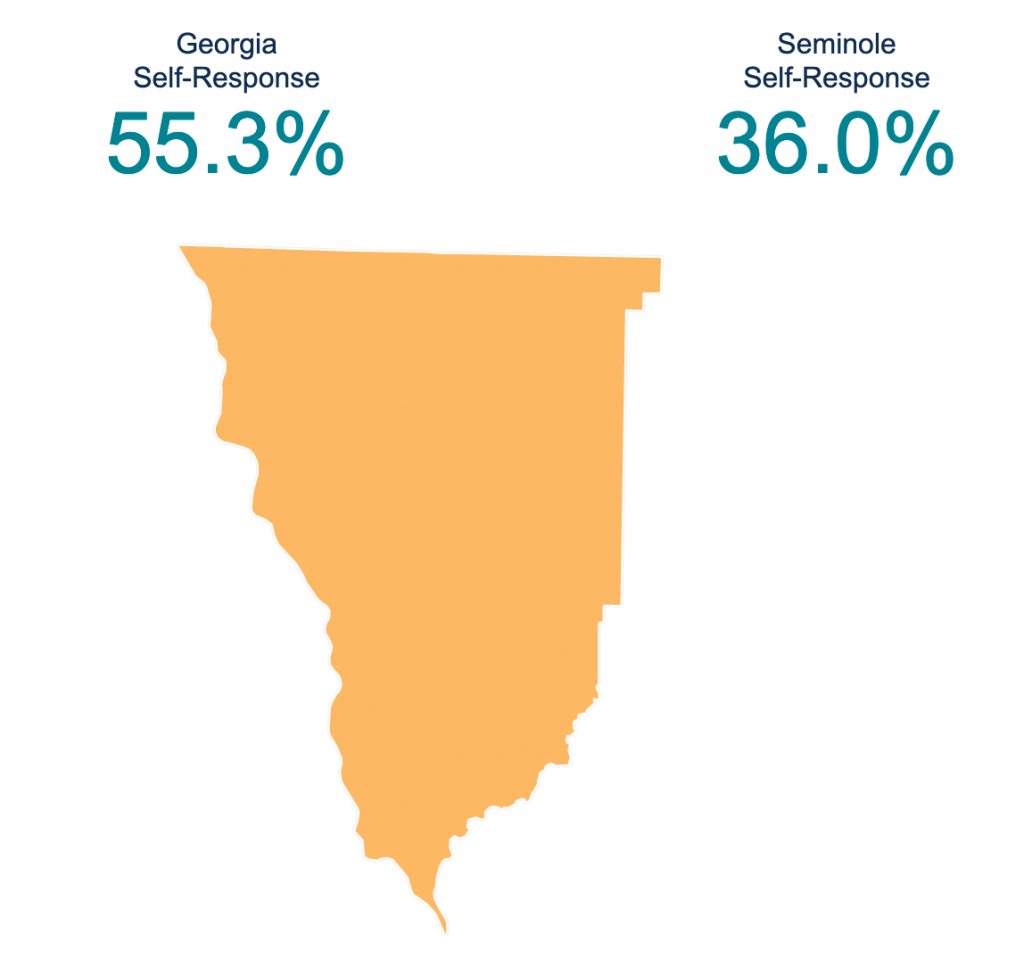