If there ever has been an Independence Day to celebrate America and its citizens, it’s this one. After all, 2020 hasn’t been an easy year for our country, or just about anyone in it. Sure, we can still fire up the grill with the best 4th of July recipes and figure out where to watch fireworks from a distance, but most of us could really use a good shindig with our extended family and friends right about now. Of course, getting together, less than six feet apart and in crowds more than fifty, is still mostly a no-no. Luckily, thanks to some nifty technological advances and serious out-of-the-box thinking, we’ve come to the rescue with a dozen virtual 4th of July party ideas.

From ingenious ways to break bread together online, to cool tours of historical sites your can access from your laptop, we’ve got you covered with ways you can virtually honor America, and have a darn good time doing it, too. We’ve even put together game and contest suggestions that can help keep you connected to the gang — as long as you remember to update scores on social media!

While we still wish we could watch fireworks burst overhead hand in hand at Seminole State Park with loved ones, these virtual 4th of July party ideas will make our celebrations the next best thing to being there. 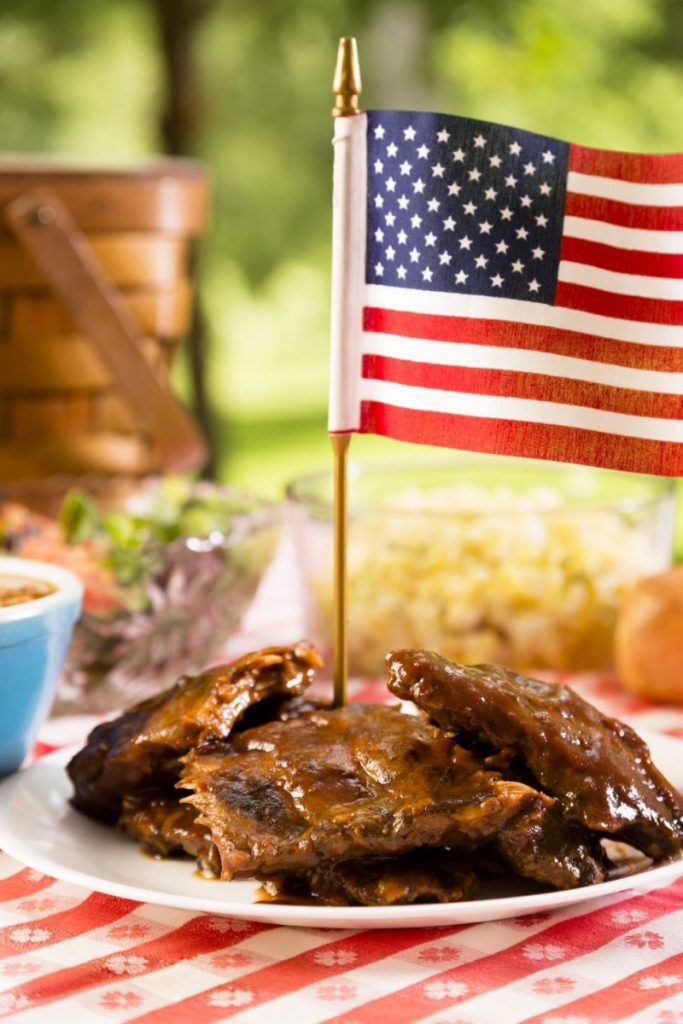 Whether you’re spreading a checked blanket in a sunny park or feasting under a sky full of fireworks, no other holiday says “picnic” quite like Independence Day. Instead of abandoning tradition this year, why not plan a picnic basket swap? The idea is that each participating family, friend, or neighbor drops off a basket filled with classic 4th fare like ribs, potato salad, and cupcakes at a participant’s house. Pick a time for the virtual picnic to begin, and then set up a Zoom conference so everyone can enjoy the goodies together. 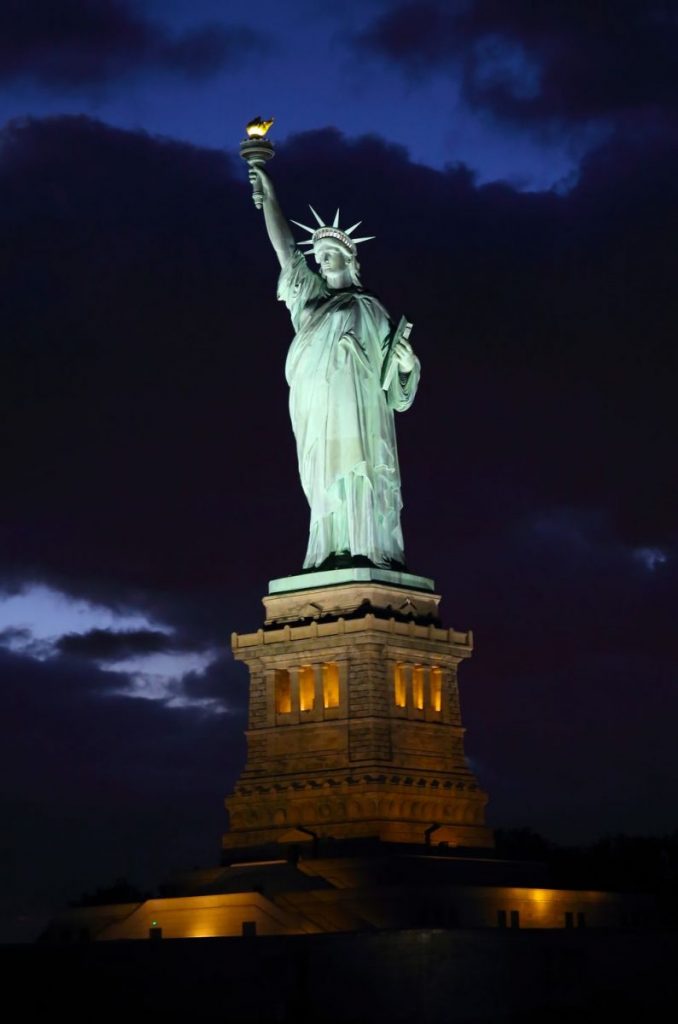 While life under quarantine has become challenging in many ways, one thing that has improved for many of us is our access to museums. Institutions from sea to shining sea have thrown open their doors digitally, offering free online looks at their exhibits. This 4th, you can celebrate the holiday by delving deeper into the history of our country with virtual visits to NASA, the Smithsonian National Museum of American History, George Washington’s Mount Vernon, and the Statue of Liberty, among others. 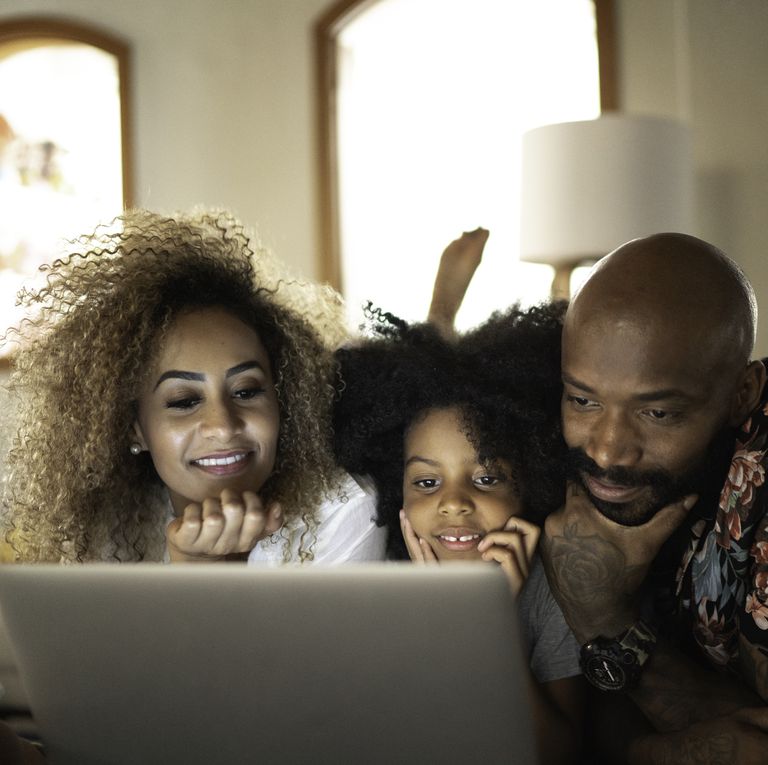 Just because you’re socially distancing doesn’t mean you can’t throw a 4th-themed movie watch party. Browser extensions like Netflix Party, twoseven, Scener, and Metastream enable you to synch videos on various streaming platforms, and — depending on the app — add group text or video chat features, too. Look for patriotic family-friendly flicks to share, from classics including Yankee Doodle Dandy, to newer hits, like Independence Day and An American Tale. 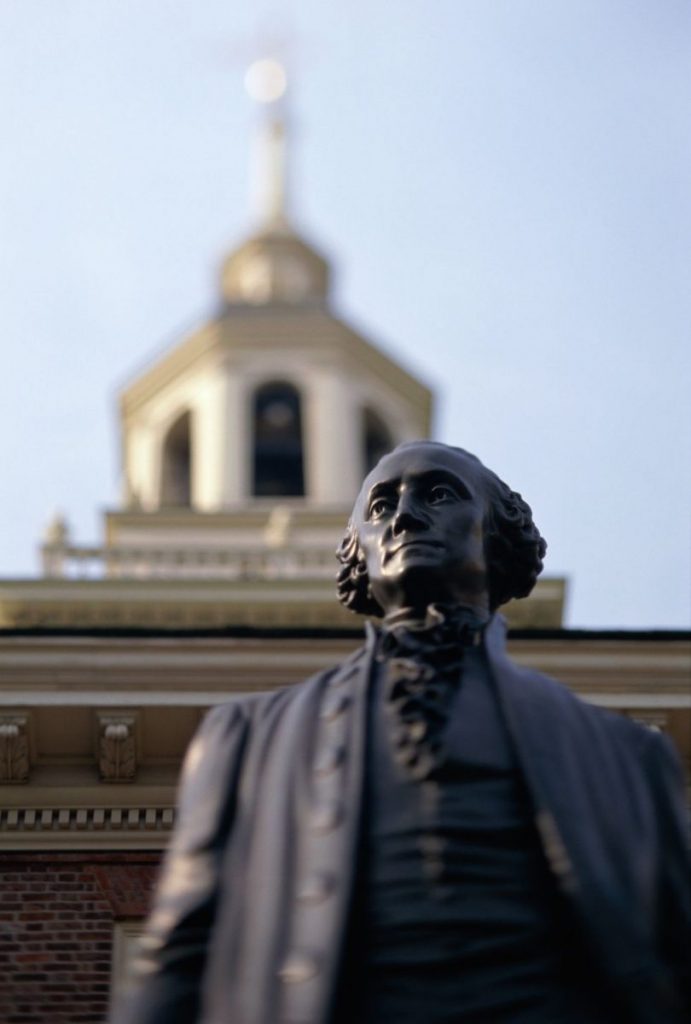 There is arguably no city more crucial to the creation of our country than Philadelphia. After all, it was the first Capital of the United States, and it’s where our founding fathers drafted the Declaration of Independence, the Constitution, and Articles of Confederation. Build time into your virtual 4th party to check out iconic City of Brotherly Love historical sights like Independence Hall, the Liberty Bell, and the Betsy Ross House with Visit Philadelphia’s nifty online tour, which includes video, narration and 360-degree photos.

There’s no word yet on whether Nathan’s Famous Hot Dog Eating Contest, one of the nation’s most celebrated (if tummy-churning) Independence Day events, will go on as planned. But even if it is cancelled, there’s no use weeping over uneaten wieners. Instead, set up your own hot dog-dining challenge, and share it through Instagram stories. That way all the evidence of the event will disappear after 24 hours — and, let’s be honest, that’s probably a good thing. 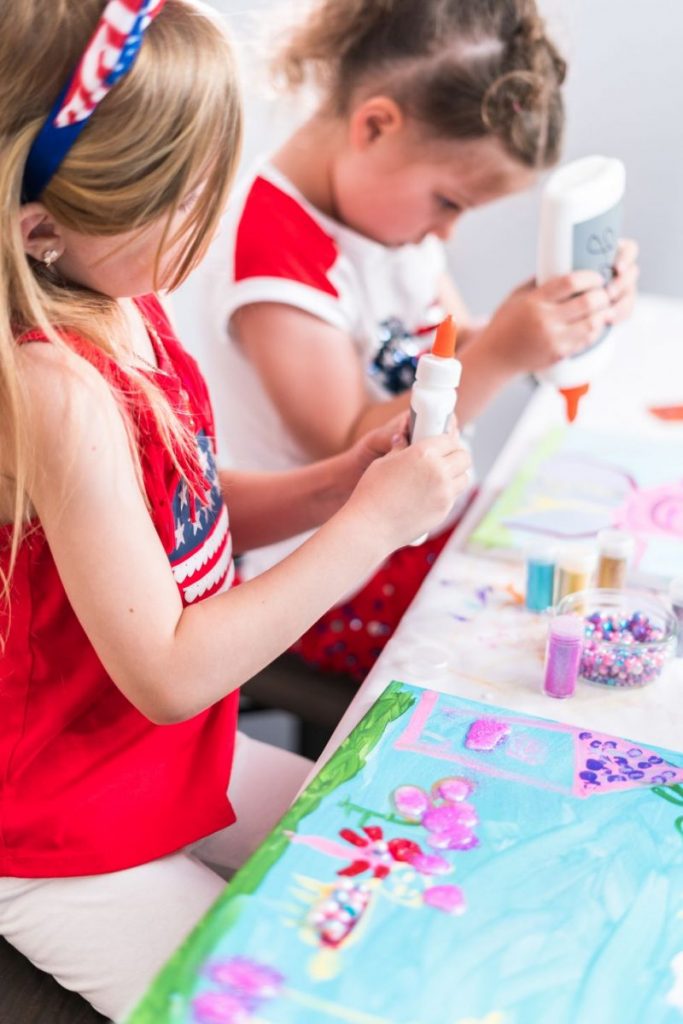 Get crafty with patriotic projects

For creative family fun on the 4th, make stars-and-striped-themed crafts like blue and red sun catchers, popsicle stick flags, and patriotic wind socks. Broadcast the project on Facebook Live, so the gang can follow along. 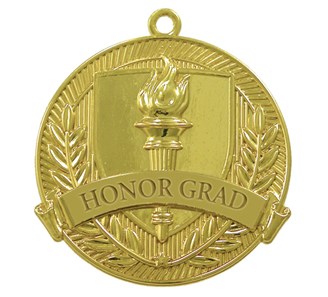 Have the kids read the Declaration of Independence

It’s never a bad idea to ponder the values this country was founded on, especially in demanding times like these. This 4th, ask your older kids to read the Declaration of Independence aloud, and consider Facetiming what’s sure to be a touching event to friends and family. Or, invite a representative from each family to take a turn reading. By the document’s end there might not be a dry eye in the house. 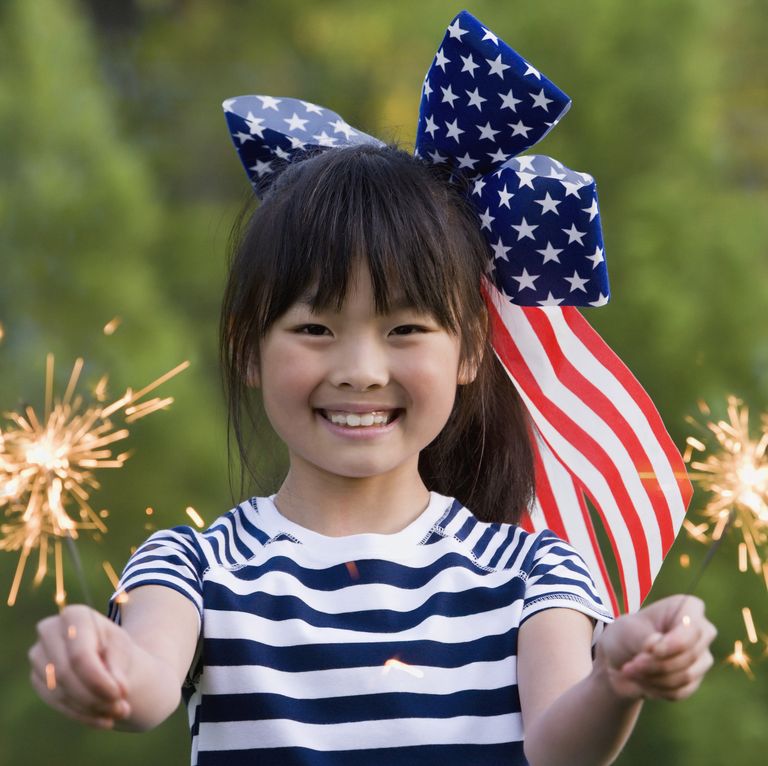 Write your loved ones names with sparklers

It wouldn’t be Independence Day without sparklers, and this is the perfect year to light up the night — and your loved ones’ faces — by writing their name in the air with a sparkler. Text a video of the event to them, or — even better — use a long exposure app for a photo that shows their name burning gold in the dark, as if by magic. 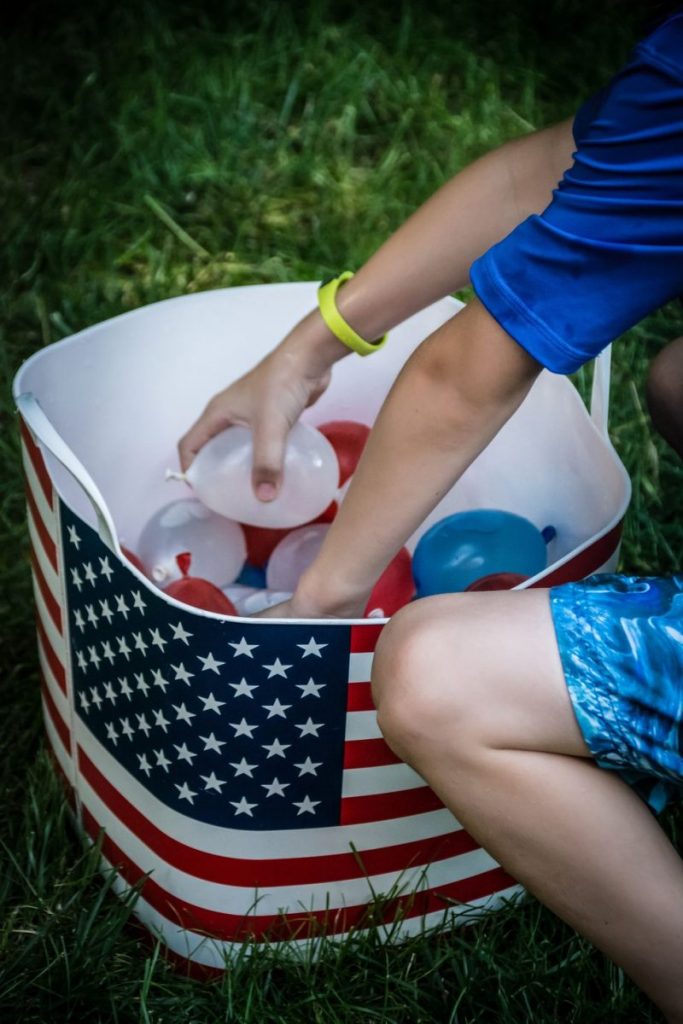 Get your game on

Whether it’s a water balloon fight, or a corn hole match, the 4th of July is all about outdoor games. With baseball’s opening day not yet announced, you might even want to set up a little sandlot so the kids can swing away. Be sure to Tweet updates as the score changes so friends and family can cheer on the teams. 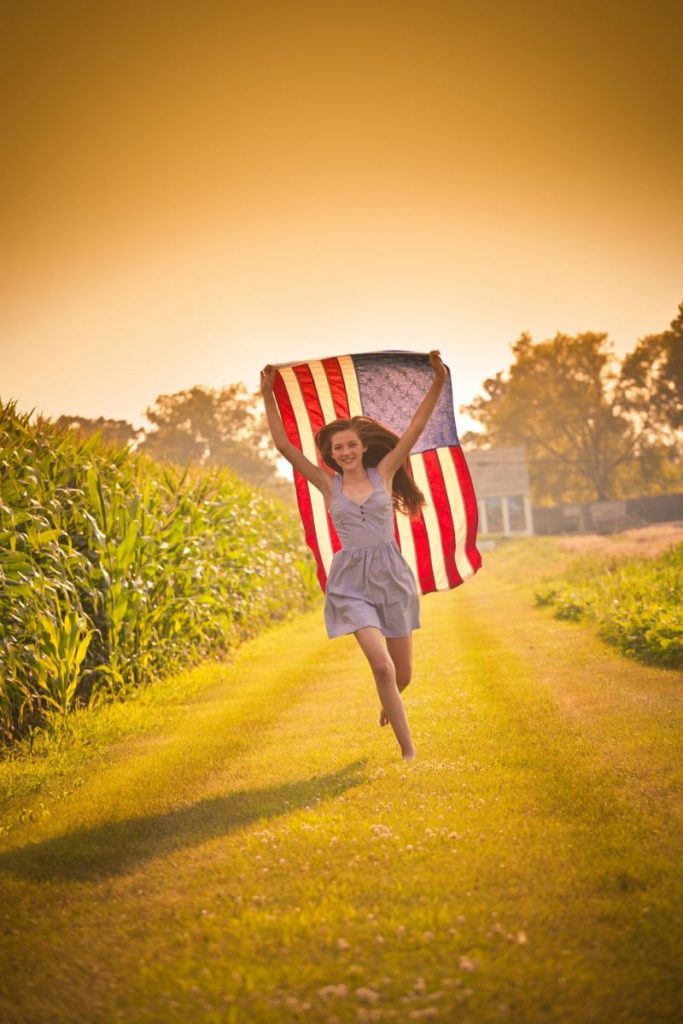 There are a lot of us who would never consider using the words “run” and “fun” in the same sentence. But 5K 4th runs — which can usually involve simply strolling — have been exploding in popularity. More recently, online groups have begun offering a wealth of virtual runs that anyone can join and do at their own pace, anywhere in the country. So why not grab the kids and get the party started with a dose of fresh air, sunshine and good, old-fashioned exercise? 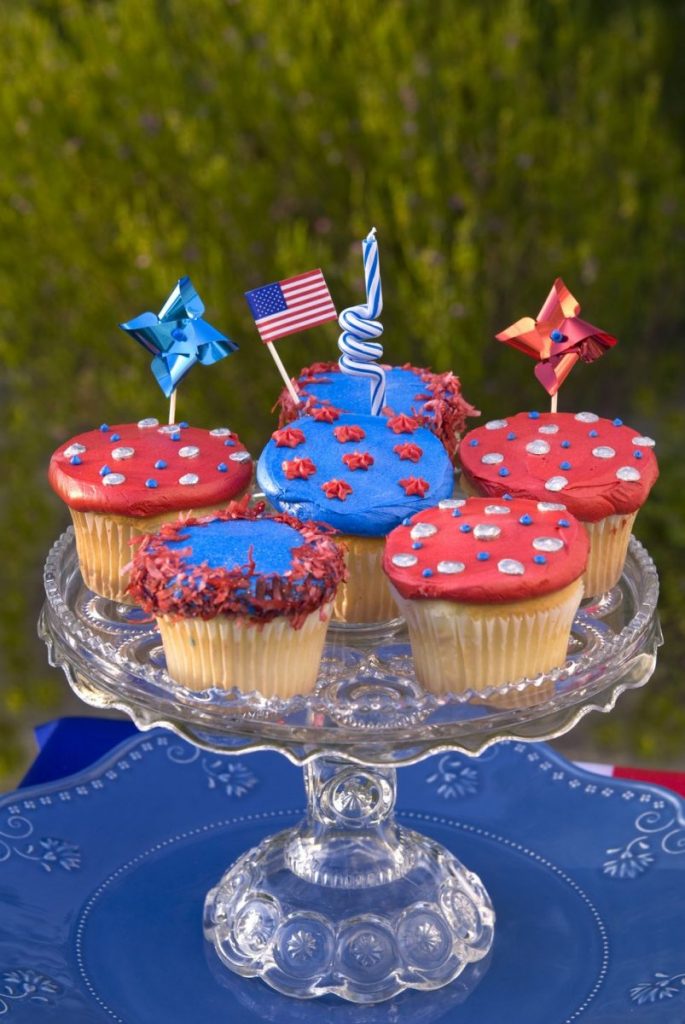 A porch potluck is similar to a picnic basket swap, except everyone drops off their best Independence Day-themed dish at each participant’s house. You’ll still want to do a Zoom session when you sit down to eat, so you can share the experience — and by meal’s end you’ll probably be really grateful if you fit that 5K into the holiday. 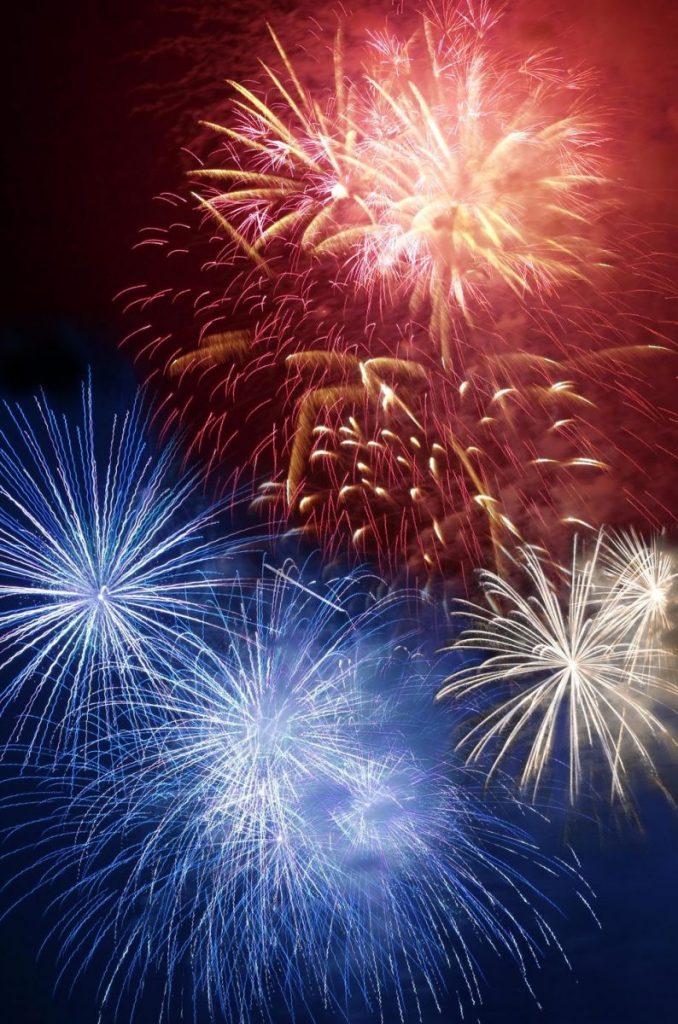 While many fireworks displays this year remain in limbo or outright cancelled, there are some cities, like Boston and Nashville, which have confirmed they are going forward with televised events that will include previously recorded material, as well as live performances. Arrange for the whole gang to tune in, and then set up a conference call so you can all “ooooh and “ahhhh” together.