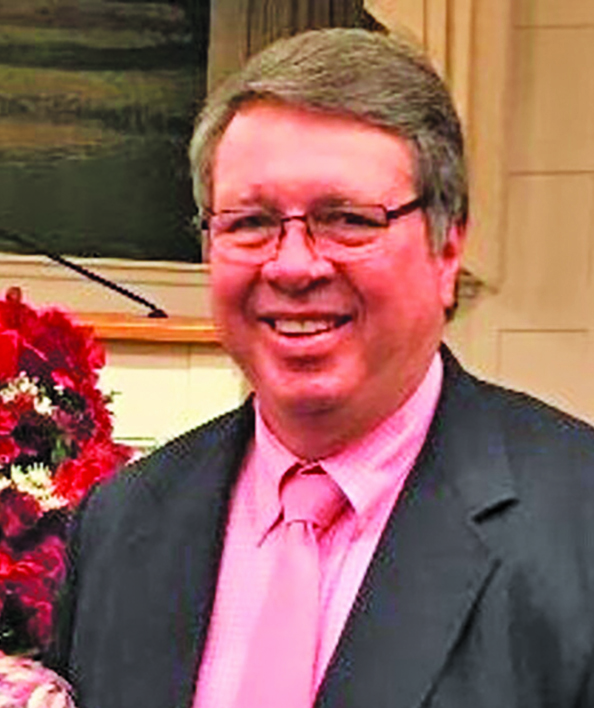 Initiating social gatherings the last five months has been quite difficult, and at times impossible due to COVID-19. Our community churches know that quite well. On Saturday, March 14, the request from Governor Brian Kemp came to us through the Southwest Health District in Albany to close all churches for at least two weeks. Similar requests were made of churches and any groupings across the United States.

For hundreds of years, churches have been the mainstay of Sunday and Wednesday gatherings for worship. Certainly, churches have faced epidemics before, epidemics which have taken countless lives through the millennia.

When the novel virus Covid-19 required churches to close, every pastor and church leadership team was immediately plagued with a multitude of questions: What is the Coronavirus and how is it different from other viruses? How will we worship if not together? How will we minister to the homebound, the hospitalized, and the institutionalized? How will the church be able to pay bills when people cannot attend? How will we have meetings to take care of business and training?

During a quickly planned gathering of pastors and church leaders on March 19th at Morningside Baptist Church in Bainbridge, many of those questions were answered. Pastors and church leaders who attended received temperature checks, hand sanitizing, and practiced social-distancing as they sat. Mrs. Dianne Harris (EdD, MSN, RN, CNE) explained the complexity and severity of the virus, as well as how to sanitize and social-distance.

The group also learned how any church that has a smartphone can livestream worship to anyone on Facebook. Rev. David Williams, Pastor at Iron City Baptist Church, demonstrated how anyone can livestream simply using a smartphone, mic stand, and a heavy rubber-band. Most leaders had never utilized technology like this before and had always left this to the large churches who had the “right” equipment.

Rev. Tim VanLandingham, Associational Missionary for the Bowen Baptist Association, presented a number of options for churches so that people could continue Scriptural stewardship. Church members could mail in their tithes and offerings, or drop them by the church office. Many churches began providing the option of online giving.

Over the two-month period as the virus waged its war, pastors and churches were not undone by the closing of the church doors. Pastors whose churches are very small and/or lacked the technical ability kept in weekly contact with their people by the wonderful invention of the telephone. Parishioners were encouraged, supported, and even prayed for by their pastors and staff over the simple telephone.

Churches who had never been online before suddenly found themselves livestreaming and/or recording their services. Many learned how to edit their videos, and some made professional-type videos of their services and uploaded them to Facebook or YouTube. Those videos began in pastors’ studies, at their dining table, in their offices, and more often in empty church sanctuaries. Live music was added as the time went on.

Ministry, however, has been more difficult. Traditionally, pastors and other members could visit and sit in a person’s home to comfort or to share the Gospel. During Covid, churches found novel ways to minister: church teens would receive a shopping list from seniors and do their shopping; groups would sing hymns from a family’s walkway; drive-in prayer gatherings at area hospitals blessed workers and patients there; visits to people in nursing homes had to be by phone/facetime/outside the residents’ windows.

People having surgery, and those who were inpatients could not have any visitors from admission to release, not even family. Pastors would pray with their people by phone before the hospitalization, and would only have electronic contact throughout.

About a month into the pandemic, Governor Kemp began allowing churches to gather outdoors as drive-in church. Because the church is considered by our state as an “Essential” entity, churches could gather whereas other non-essential entities such as gyms, bars, indoor dining, etc. could not. The atmosphere of a drive-in or drive-up church where people remained in their cars, ten feet apart, was rather exhilarating on a Spring morning. The key was that no one could exit their vehicles for anything.

Some churches purchased FM transmitters so their people could tune-in and hear better. Offerings were done by buckets extended on a pole, or by similar means. The church neighborhoods were often filled with the early morning sounds of car horns as musicians and pastors touched the souls of their congregation. On a sidenote, as these outdoor churches met, those services were livestreamed as well.

Small group meetings had to change as well. A great number of churches and denominations became proficient at Zoom, WebEx, and other electronic meeting platforms. One local evangelist, Dr. Kenneth Cloud, has preached five livestream revivals to this point. Those means which been used primarily by businesses, became commonplace for deacons, pastors, denominational workers, Sunday School classes, etc.

As May began to dawn and the state of Georgia began to reopen, meeting restrictions were clearly defined and that allowed churches to begin meeting indoors again, and not a moment too soon as Summer was about to be upon us. Of course, indoor meetings would not be the same as before and will not be for quite some time.

Churches would have to remove hymnals, produce no bulletins, have people sit six feet apart (unless part of the same household), sanitize upon entry, shake no hands, hug no necks, and pass no offering plates. Some congregations installed Air Scrubbers in their HVAC systems to kill viruses. Larger congregations had to offer two worship times and some of those had to do so by reservation. Masks were encouraged by our Governor, and some churches even required them. There could be no nursery, choirs, or close praise teams. Still, the churches have met and have thrived with music on a screen or from memory.

A mainstay of the Summer for most churches is Vacation Bible School. Unfortunately, such close contact during the pandemic was virtually impossible. So….what could be done? Well, a number of churches reinvented VBS for the era by having Virtual VBS events, and even drive-in VBS. There is an old saying: “Where there’s a will, there’s a way.”

As expected, the second wave of Covid has come upon us. It has affected more of the church folk than the initial wave. The virus does not discriminate in who it infects. Pastors, church staff, the older and the younger, have tested positive and have suffered. Some of our people have died due to the virus. Some churches who had reopened and had practiced all the methods of precautions found themselves having to close again, temporarily. Yet, the Gospel would carry on as those same churches would reach out again to their people, their community, an ultimately to the world.

Even though this virus has been a terrible thing and thousands of people across the United States have died, the hope of Christ through His Church has endured and will endure. We continue to learn many lessons through this, and I shall list only a few: 1) The call of Christ to worship supercedes any situation; 2) Whole families of all ages can worship together, a lesson we should have known from history; 3) Worship isn’t about being entertained. Rather it is about us blessing God together; 4) God has provided the resources for His church to continue as we are faithful to Him; and 5) Ministry will go on in old and in innovative ways.

Through this pandemic, our communities’ churches have been Trusting Christ Through the Crisis. We have sought to follow the words Christ gave through the Apostle Paul to a young preacher named Timothy “For God hath not given us the spirit of fear; but of power, and of love, and of a sound mind.” (II Timothy 1:7) Pastors are leading our churches to persevere, to care for the needs of people, and to make sound decisions that will protect everyone.