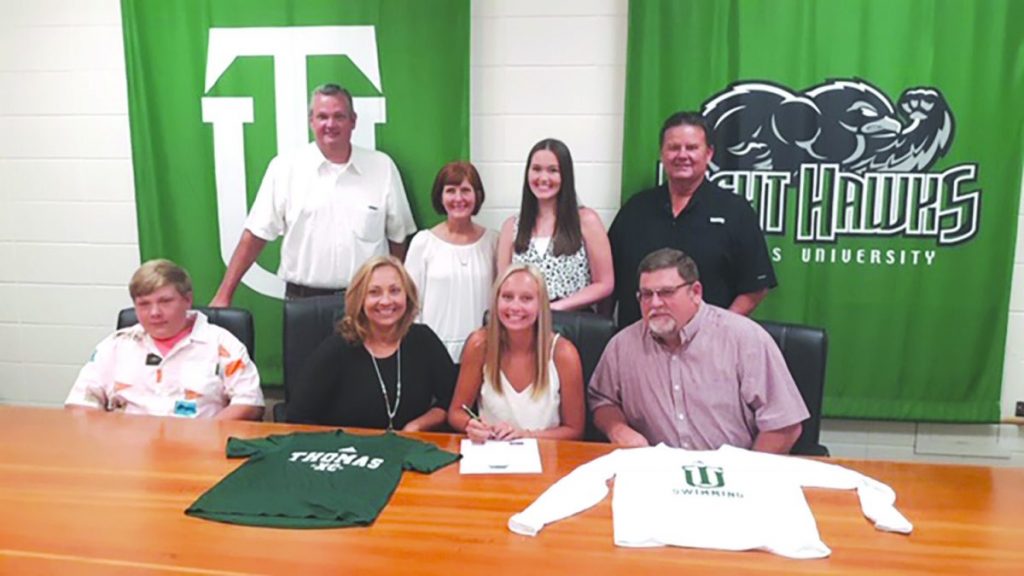 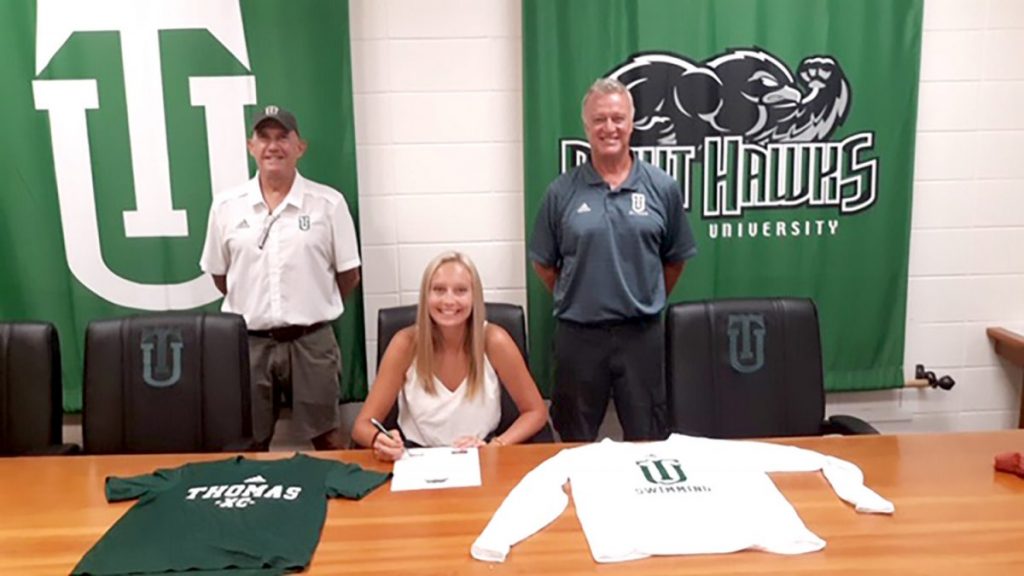 Masey Tabb will continue her athletic career at Thomas University as she signs athletic scholarships for both cross-country and swimming.  Masey was surrounded by friends, family, coaches, and supporters as she signed dual scholarships on July 30th in Thomasville, Georgia under Head Coaches Don Feinberg and Scott Hutchinson.  She will be attending Thomas University this Fall and said that she looks forward to improving her performance both in the water and on the trail under expert coaching from Swim Coach Feinberg and Cross-Country Coach Hutchinson.

Coaches Feinberg and Hutchinson, who recruited Masey, stated that they had “heard great things about her before they had ever met.”  Coach Feinberg further stated that her previous coaches from ATAC Tallahassee and Bainbridge YMCA could not say enough about her abilities, character, and determination to perform as a swimmer, runner, and student.  Coach Hutchinson noted Masey’s GHSA performance, where she medaled in the top ten in the state for three out of four years while running for Seminole County. Coach Hutchinson  has great expectations for Masey to post some impressive times her Freshman year.

Brinson Register, former Superintendent of Seminole County Schools, stated that he cannot recall a student athlete signing for dual sports and certainly not for swimming.

Miss Tabb said, “Thomas University offers me the opportunity to continue swimming and running under accomplished coaches and trainers, allows me to be part of strong and supportive team members, and allows me to begin my studies in Biology, all while close to home.”

Masey also said that she would like to thank her parents and all of the people who supported and believed in her ability to make it to the collegiate level. She said that she is aware of the sacrifices that many made to contribute to her success, especially in the sport of swimming where she was the first and, thus far, only swimmer for her small town high school.