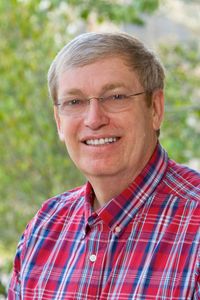 Republican Congressional candidate Don Cole kicked off a tour of 29 southwest Georgia counties this week;  however, the scheduled visit to Seminole County on Wednesday, September 16 had to be rescheduled because of inclement weather. The meet and greet event, to be held on the lawn at the corner of Tennille Avenue and Highway 84, next to the former Ponder Enterprises, has been rescheduled for Wednesday, September 23 at 11 a.m.

The public is invited to attend for the opportunity to meet Cole and to address him directly with questions and concerns.

The rescheduled visit is one of several stops on what Cole’s campaign is dubbing the “Roll With Don Cole” tour, in which the candidate, a former pastor and speechwriter for Secretary of Agriculture Sonny Perdue, plans to visit each of the 29 counties which encompass Georgia’s 2nd U.S. House District.

Cole stated, “We are the largest Congressional District in Georgia with 29 counties, nearly a quarter of the state. Every county and every person in every county is important to me.”

A campaign press release states that Cole will use the tour to point out the “vital connection” between his own race this November against 14-term congressman Sanford Bishop and support for President Donald Trump.

Cole’s priority is to build strong relationships with the Georgia Department of Economic Development, and regional and local development authorities across the district. “I will be a cheerleader for real economic development in the 2nd District. Georgia is the best place in the nation to do business and I will take a seat at the table to be a voice for the 2nd District.”

Agriculture is the number one economic engine in the 2nd District. Cole emphasized its importance to national security and the economy. “Agriculture forms the base of an equilateral triangle whose sides are Prosperity, Health and National Security. All are dependent on the other. If one fails, all fail, so fails The United Sates.”