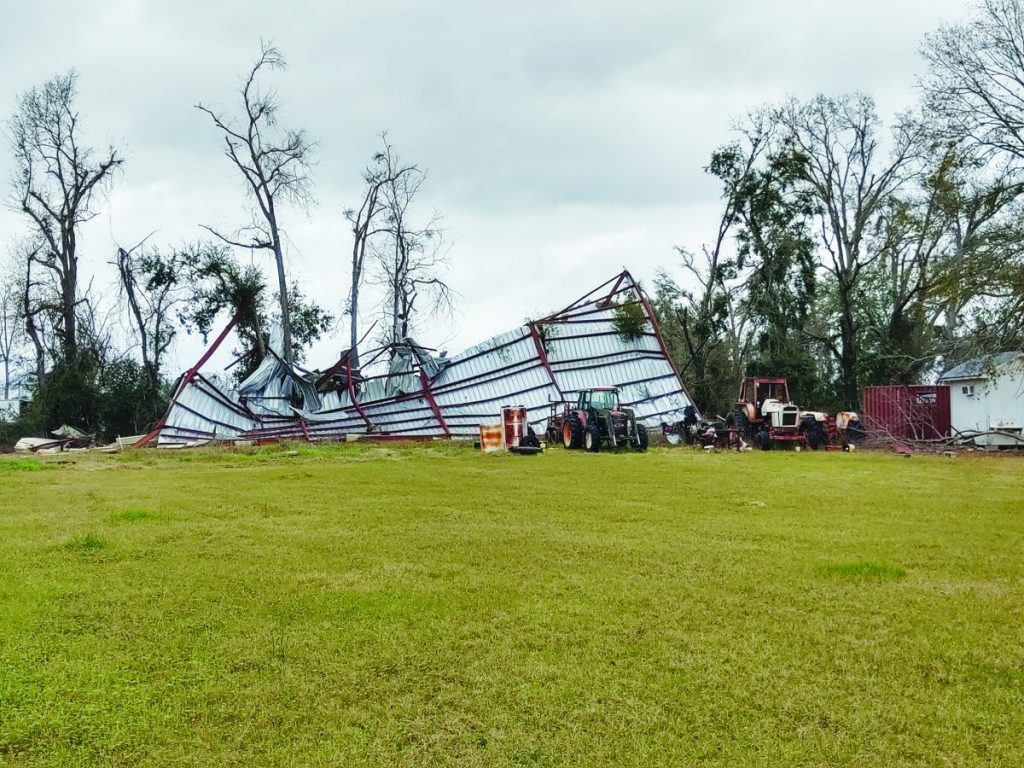 It has now been two rebuilding and redefining years since Seminole County and Southwest Georgia took a beating from Hurricane Michael, and for many of its citizens it has been two years of almost apocalyptic hardships. As we all remember well, the storm’s powerful eye wall swept north-northeast through Seminole County — still as a Category 3 storm, with sustained winds up to 115 mph and gusts of up to 160 mph — delivering destruction in every square inch of the county. Hurricane Michael shocked this community with terrifying power, downing live oaks and pines and damaging hundreds of homes, uprooting acres of pecan trees and sweeping away the highly anticipated bountiful yields of the 2018 harvest. The morning after the storm 100 percent of Seminole County residents awakened to no electrical power because of snapped poles, thousands of trees being blown onto lines, and at some point every road in the county was blocked by fallen trees and/or debris.

The farms and everything else took a severe beating. The damage was so widespread that the Georgia Agriculture Department estimated at the time it would be more than a $2 billion hit to the state’s economy.

Two years ago the material things in this entire community were torn apart. Today, neighbor is still helping neighbor to put it all back together.

The sounds of roaring winds and rain from the October 10, 2018 storm were quickly replaced two years ago with the hum of portable generators and the squealing of chain saws across Seminole County as the recovery from Hurricane Michael began. Those sounds eventually began to fade, only to be replaced by the constant buzz of skill saws and hammering from repair work and reconstruction, but the loudest sounds of all have been the ones coming from the Seminole County people and their countless stories of despair and hardship.

Amazing progress has been accomplished in recovery and rebuilding efforts over the past two years.

Positive signs of rebirth can be seen in all parts of the county like the ongoing construction of the new Donalsonville Lions Hall, and just last week the dismantling and removal by Victor and Paul Hornsby of the wind-crushed grain bin next to the railroad downtown.

However, after two long years, all you have to do is look in almost any direction throughout Seminole County to see that so much more still needs to be done. How much longer are the residents of this community going to have to be exposed to the daily reminders of that horrific day and the devastation it caused?

Let’s find out. Send photos and addresses to the Donalsonville News of dwellings and structures damaged or destroyed by Hurricane Michael that are still in the same condition they were the day after the storm – now more than two years ago. Send the images and addresses to news@donalsonvillenews.com or drop them by the newspaper’s Cherry Street office.

The newspaper will then investigate, making appropriate inquiries to the city or the county – asking why nothing has been done to remove the eyesore.

Send us your images and let’s work together to put all of the reminders of Hurricane Michael in the past, and out of sight.