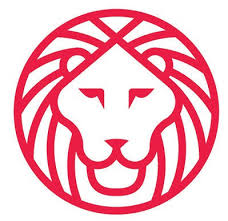 Ameris Bank has launched its 11th annual Helping Fight Hunger initiative. Due to COVID-19, this project is more important than ever,  as food insecurity is up by 60%, according to Feeding America. While this year’s campaign may look a little different to observe social distancing practices, Ameris Bank’s focus will remain the same: to collect as many nonperishable food items as possible, during the month of October, to help its communities when they need it the most.

Helping Fight Hunger unites all Ameris Bank teammates, customers and communities in the goal of collecting as many nonperishable food items as possible for those in need. Throughout the month of October, anyone can drop off nonperishable food items at designated collection boxes at Ameris Bank locations during business hours. In Donalsonville, all collected goods will then be donated to Friendship United Methodist’s food bank.

“Food insecurity is more prevalent now than ever before due to COVID-19, and our Helping Fight Hunger initiative is a way for us to help tackle an ever-growing issue that is in our backyard,” said Ameris Bank CEO Palmer Proctor. “Year after year we have been able to provide relief and support to our local food banks and to those they serve. Today, we recognize and understand that our communities are further impacted and affected by these unprecedented times in different ways. Feeding America reported that this year, one in four children (over 18 million total) won’t know where they will get their next meal. We are committed to supporting them, their families and our communities at large, and believe this is one initiative that will make an immediate and lasting impact.”