Jaunwanta King was all smiles Tuesday afternoon when she was notified that her name had been drawn as the $1,000 winner in the Seminole County Census Incentive signup promotion.

In early September, in a final attempt to get every Seminole County citizen counted in the U.S. Census, a $1,000 monetary incentive to take the time and get counted was offered by a group of concerned citizens. All a Seminole County resident had to do to get in the running for it was to make sure they were counted and were listed on the  promotion’s master list.

Since September hundreds of citizens registered at census sign up points or hand delivered proof of registration to the Donalsonville News.  On Tuesday, October 21, the names of all of those residents were placed in an urn, and Silas and Samuel Gravlee 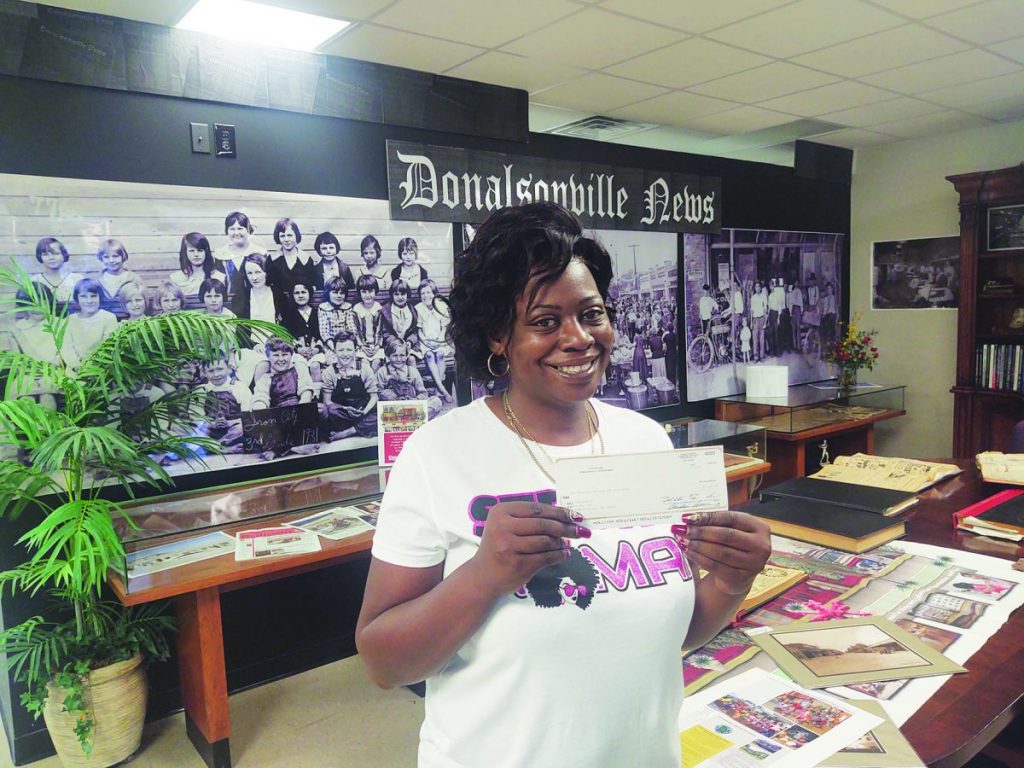 had the official job of drawing the one lucky resident’s name out of the pot.

The Census count is now complete and census counting efforts locally resulted in a 41.3% response rate for Seminole County, 53.4% for Donalsonville and 39.1% for Iron City.