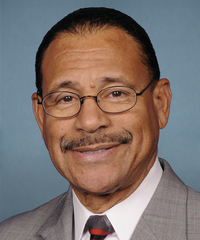 Congressman Sanford D. Bishop, Jr. was declared the winner of the race for Georgia’s Second Congressional District in Tuesday’s General Election and successfully secured re-election to a 15th term to the US House of Representatives – defeating challenger Don Cole by 44,325 votes. (Total as of press time)

Bishop issued the following statement after the official results of the election:

““First and foremost, to God be the Glory. I feel incredibly blessed and highly favored that the people of Georgia’s Second Congressional District renewed my contract to represent them for another two-year term in the United States House of Representatives. America is the greatest nation on the face of the earth. We must extend America’s greatness to every citizen in this country – regardless of their zip code, background or ethnicity.

“I want to thank my wife, my daughter, my granddaughter, my Congressional staff, my campaign staff and most importantly — the constituents of Georgia’s Second District who have extended their prayers and support to me over the years. They have been with me and I have been with them. We’ve faced hurricanes, floods, droughts, and now the
Covid-19 pandemic.

“Tomorrow I’ll go back to working for the people of Georgia’s Second Congressional District.

Service is the rent that we pay for the space that we occupy here on this Earth. I’m humbled and blessed by the opportunity to continue serving the people of Georgia.”