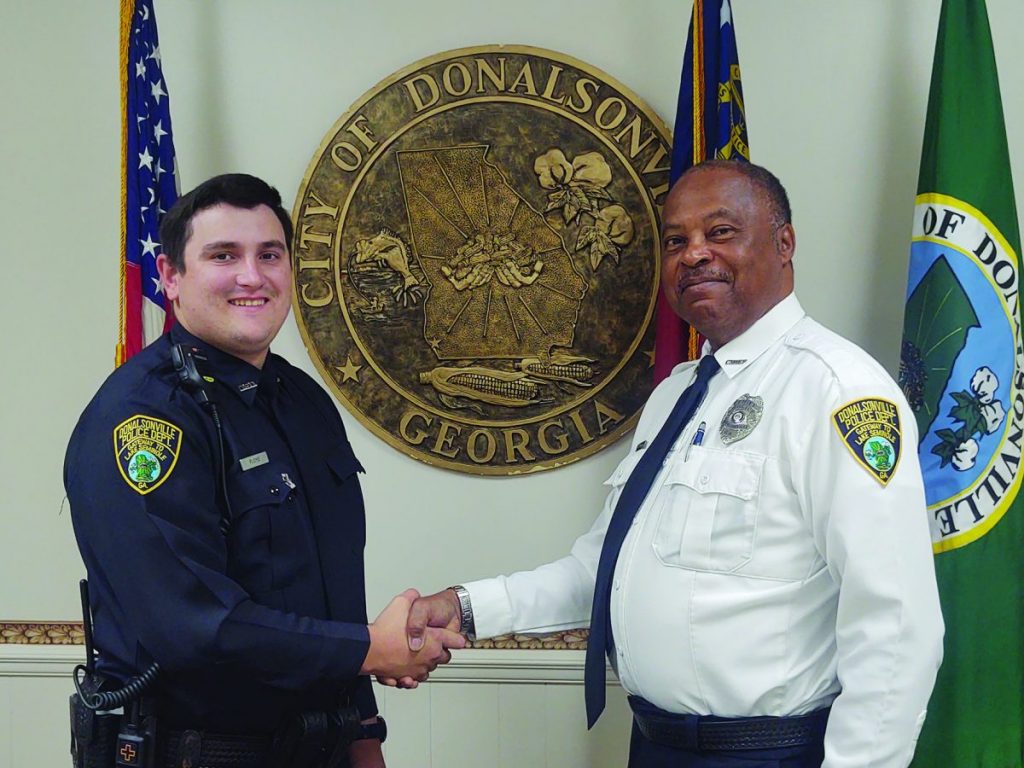 Cody Britt Floyd is now on duty and serving the citizens of Donalsonville as the newest member of the Donalsonville Police force.

Floyd graduated from the Georgia Public Safety Training Center in Tifton on December 11, 2020, receiving  the Award for Highest Academic Average.

Cody is the son of Michael and Martha Barnett and he is married to Paula Horns-
by Floyd and they have one daughter, Kins-leigh.