He succeeds Coach Trey Woolf, who retired from the post at season’s end last November.

Stegall is a Newnan, Georgia native and a graduate of East Coweta High School where he played football, basketball and baseball.  In 1995, he received a football scholarship to Middle Tennessee State University.  While at MTSU, Stegall was a four year starter, chosen as an Ohio Valley All-Conference Defensive Back and a third team All-American.

He graduated with a Bachelor’s of Science degree in Physical Education and a minor in Health.  He has been fortunate enough to coach football and track at numerous schools, classifications and positions throughout Georgia.  Stegall began his teaching and coaching career at East Coweta High School in 2001 and later moved to Manchester.  From there, he moved to Worth County High.

He has served as defensive coordinator for Worth County, Americus-Sumter and Upson-Lee High School football programs.  Presently, Stegall is the head football Coach and assistant athletic director of Central High School in Talbotton, Georgia.

He is married to Allison, also in the education profession for nearly 20 years and together they have two daughters: Kensley (16) and Sydnee (11).  Stegall, who was introduced to the team on Tuesday,  and his family look forward to making their new home in Seminole County. 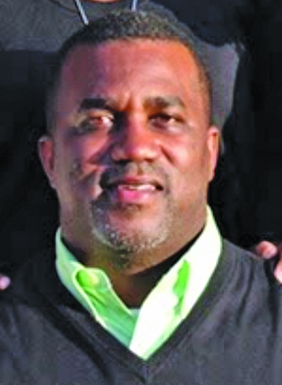