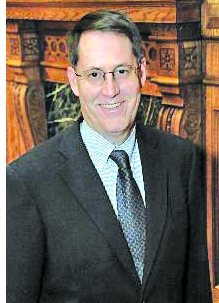 On January 12th Senator Dean Burke was named as Chairman of the Senate Insurance and Labor Committee by Lt. Governor Geoff Duncan and the Senate Committee on Assignments.

Sen. Burke will also serve as Vice Chairman of the Ethics Committee and Health and Human Services Committee. Further, Sen. Burke was named Secretary of the Appropriations Committee, and he will serve as a member on the following committees: Reapportionment and Redistricting, Rules, and Agriculture and Consumer Affairs

“It is an honor to be named Chairman of the Insurance and Labor Committee, as well as Vice Chairman of both the Ethics and Health and Human Services Committees,” said Sen. Burke. “As Chairman, I will work diligently to look into insurance solutions that will better serve the citizens of Georgia. I look forward to working with my colleagues and Lt. Governor Duncan on these important committees to push for positive legislation for all Georgians.”

“These committee chairs are uniquely qualified to develop real and lasting solutions aimed at building a better Georgia,” said Lt. Governor Duncan. “The Senate will continue to prioritize diligent committee work and sound public policy, and I look forward to working closely with each one of our chairs, and their committee members, as we work to enact policies that advance both the lives and livelihoods of all Georgians.”

Once a piece of legislation is introduced in the Senate, it is assigned to a committee, depending on its topic.  If the committee gives the legislation a “do pass” recommendation, then the proposed law is sent to the Rules Committee for consideration. The appointed chairs will oversee the operation and order of Senate committee meetings, including calling for action on bills, resolutions or other matters assigned to that committee.

The first session of the 156th Georgia General Assembly convened on January 11, 2021, at the Georgia State Capitol.