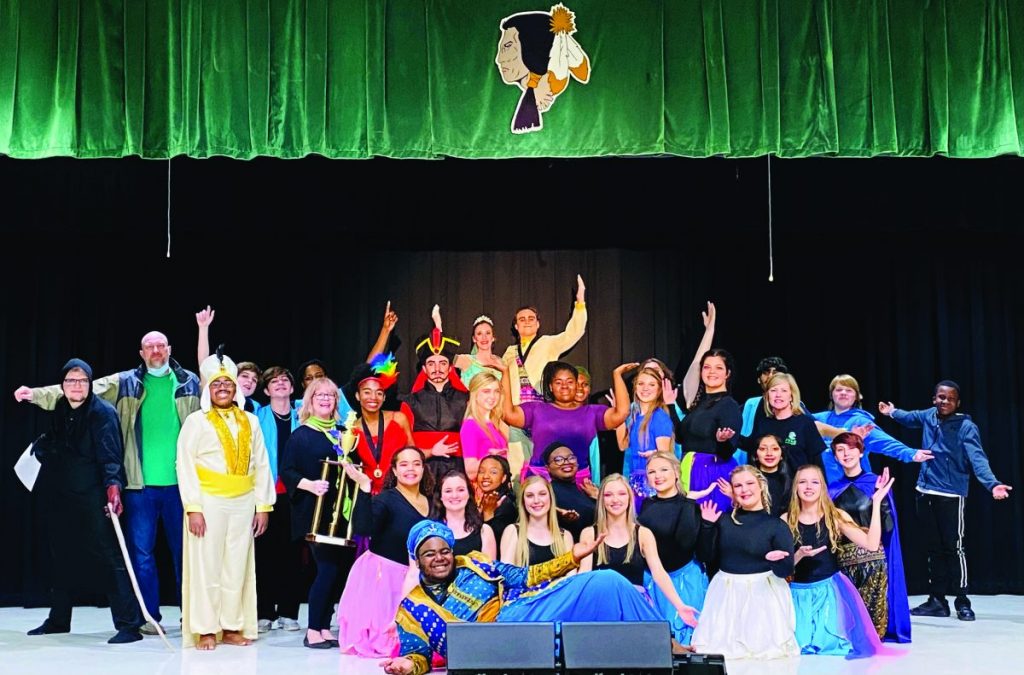 We may be in the middle of a global pandemic, but as a reference to the show’s theme song, it was a whole new world for the Seminole County One Act Players  last Saturday, January 30.

The group performed “Aladdin Jr” for this year’s Georgia High School Association Region 1-A One Act Play competition held at Seminole County Middle High School,  and you don’t need a Genie to jump out of a lamp to tell you the Seminole County Players earned the first place trophy and more in Region 1A for their performance.

“We weren’t sure if we were even going to have a competition this year, so it is such a great honor! Miller County competed as well, and did a great job. The Arts are alive and well in Southwest Georgia!,” commented Maribeth Burke, show director and choral and drama teacher at Seminole County Middle High School.

A huge nod of thanks goes out to the Future Business Leaders of America for their contribution to the show. Members helped with sound, lighting, stage managing and promotions.

Make plans to support the arts and see the award-winning performance for yourself at an encore performance open to the public the weekend of February 19- 21.

“Details for the public show will be announced shortly,” added Burke.