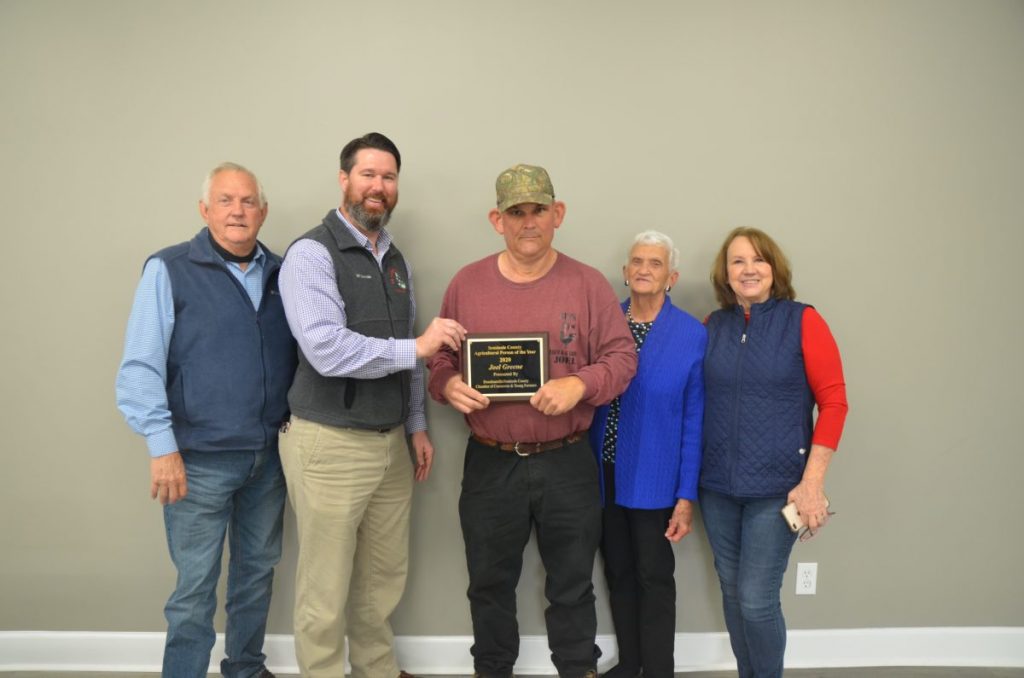 Joel graduated from SGA in 1980 and attended ABAC from 1980-1982.  In 1982, he was involved in a farm accident which resulted in eight surgeries on his left leg.  Joel transferred to Georgia Southern in 1983 and earned his degree in Ag. Management in 1985.  After graduating from college, he went to work for his uncle at Alf’s Farm & Garden.  Joel would soon be promoted to store manager while also managing the cattle herd near Iron City.  He helps at J&J Farms after work in planting and harvesting seasons and on weekends.  Joel cares for a fruit orchard on the farm as well.  He has dedicated his life to helping farmers get farm supplies, feed, medication for animals and just about anything else that can be thought of for the farm.  If Joel doesn’t have what they need, he will order it or find another store that does.

He is a member of the Young Farmers and has always been a huge supporter of Seminole County FFA students and events.  He is also a member of the Iron City United Methodist Church, and helps support the Brinson UMC, the Giddeons and several charity groups like St. Judes Children’s Hospital.

Joel and “Alf’s” have always been a tremendous asset to the community in Seminole County.