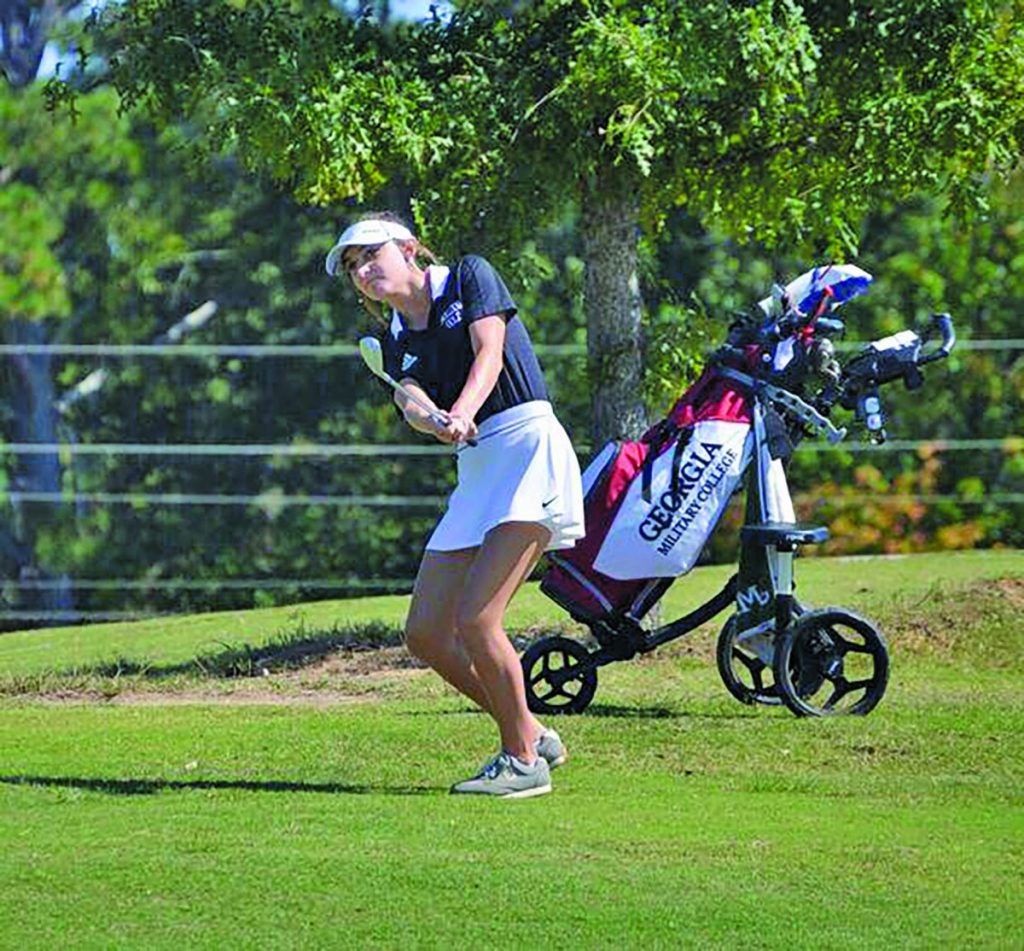 The event took place at the recently renovated Robert Trent Jones (RTJ) Golf Trail at Magnolia Grove; this course is named one of the “Top 50 Public Courses” by Golf World Magazine.

The RTJ Golf Trail at Magnolia Grove, along with the weather, proved to be a challenge as only two scores in the ‘70s posted the entire weekend. However,  Williams didn’t seem to be bothered as she carded her lowest competitive round as a collegiate player. After finishing day one with a one-shot lead, Williams was still holding firm on day two by going one under par through four holes. As she made the turn, she had a slim one-shot lead over Rev Alcantara from Texas Southern University. A birdie on hole ten stretched the lead to two, but a series of bogeys put Williams behind by three on the tee at hole 16. She picked up one stroke cutting the lead to two, but closing with a par on hole 18 would not be enough, and came up two shots shy of medalist honors.

Kaitlyn Brower, Jada Arnold, and Emily Carter finished fourth, fifth and sixth, respectively, to contribute to the team win.  GMC Bulldogs Coach Charles Van Horn commented, “I am very proud of the girls, and the effort made just to be out there in those conditions for three days. The trip was a success, and the lessons learned were valuable; they will benefit the team for future tournaments.

The GMC Bulldogs will tee it up again March 8-9 as they travel to Calhoun Women’s Golf Invitational at Point Mallard Golf Club in Decatur, Alabama.

Macy is a SCMHS graduate and the daughter of Micki and Jamie Williams of Iron City.