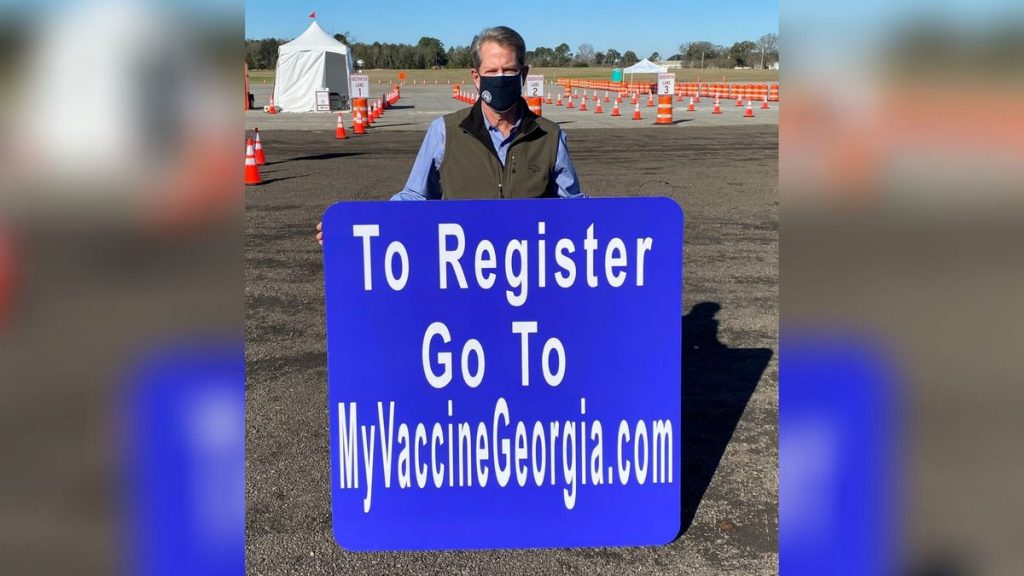 Kemp said on Thursday he is not yet ready to expand who is eligible in Georgia for the vaccine beyond health-care workers, nursing home residents and staff, first responders and people age 65 and older – but that he may do so in the next couple of weeks.

Georgia is currently receiving shipments of 198,000 vaccine doses per week, up from 120,000 doses the state had been getting in recent weeks. While officials have made a dent in vaccinating people, Kemp stressed demand for shots still lags far behind the state’s current and foreseeable supply.

The supply limits have kept Kemp from adding Georgia school teachers and other staff to the list of vaccine-eligible people, despite loud cries from many teachers, particularly in metro Atlanta, who have pressed the Governor to move them up the line.

On Thursday, Kemp detailed results from a survey he said the state Department of Education recently conducted showing less than half of about 171,000 responding teachers and school staff would not take the vaccine. The Governor said the survey will influence when he opens  up vaccines for teachers.

“It certainly will factor into our decision,” Kemp said. “But it also shows that demand there was not as much as people thought.”

Dr. Kathleen Toomey, the state’s public-health commissioner, said staff in some hospitals and nursing homes outside of metro Atlanta – as well as many Georgians from predominantly black and latino communities – are still reluctant or unwilling to take the vaccine.

She added state officials are “doing everything we can” to work with local leaders, churches and other groups to boost vaccine acceptance rates in under-served areas, while eying Georgia teachers for vaccines “soon”.