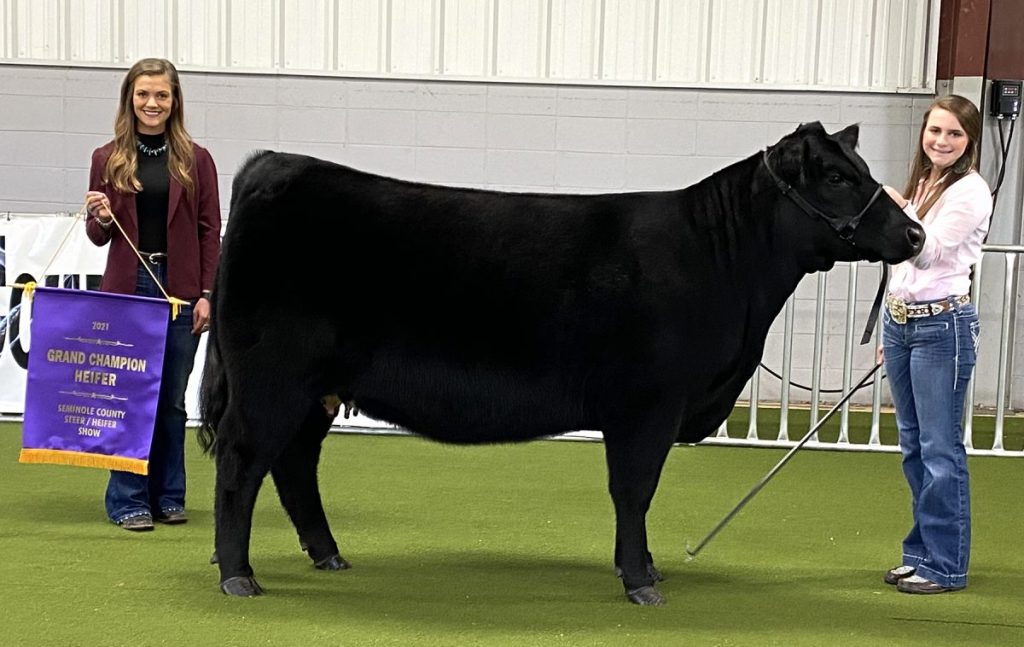 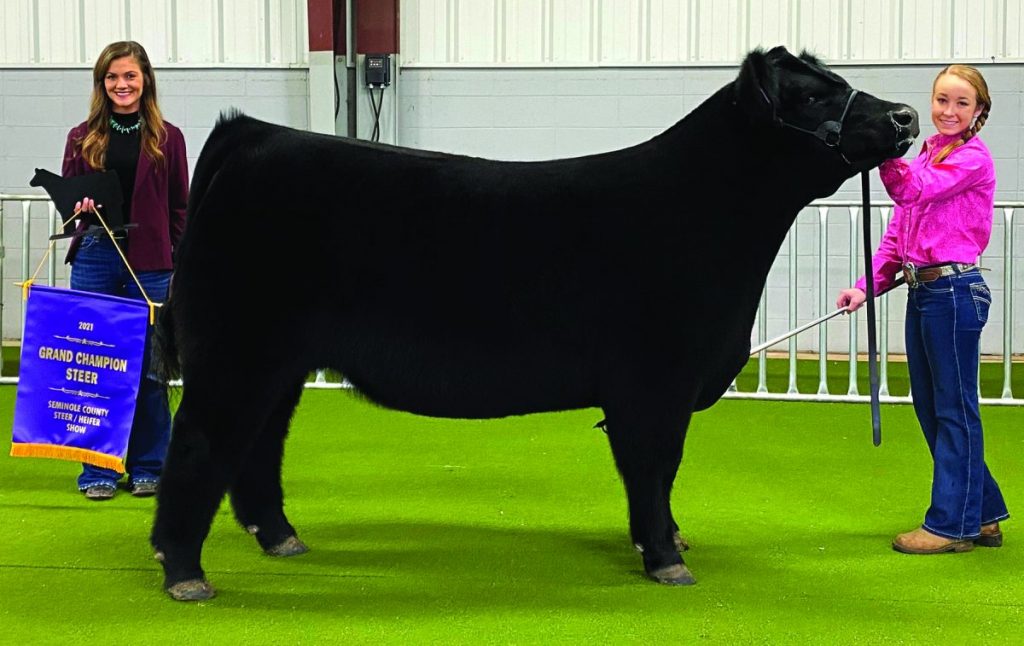 The Seminole County Steer and Heifer Show was held this past Saturday at the Agricultural Center show barn.  Seven 4-H and FFA students exhibited their animals in the show. The show began at 10:00 a.m. with showmanship, followed by the heifer show, and concluded with the steer show.

The Doyle Roberts Sportsmanship award is given annualy to the exhibitor who demonstrated exemplary courtesy and sportsmanship throughout the show.  This year’s award was presented to Chloe Herrin.

Photos and a complete list of the winners can be found on page 17 in this edition.

After high school, she accepted a scholarship to Northeastern Oklahoma A&M College where she received her Associates of Science in Agriculture Business and was a member of a competitive livestock judging team.  In May of 2018, she received her Bachelor of Science in Animal Sciences from Oklahoma State University.  During her time at Oklahoma State, she was named a 2018 Academic All-American by the Collegiate Livestock Judging Team Coaches Association and was a member of the 2018 National Champion Livestock Judging Team.  Upon graduation, Anna Grace moved back home to Alabama.  In December 2020, she received her Master of Agriculture in Animal Sciences from Auburn University.  She currently serves as a Research Technician at Auburn University where she manages multiple industry sponsored research projects within the Meat and Animal Sciences departments.