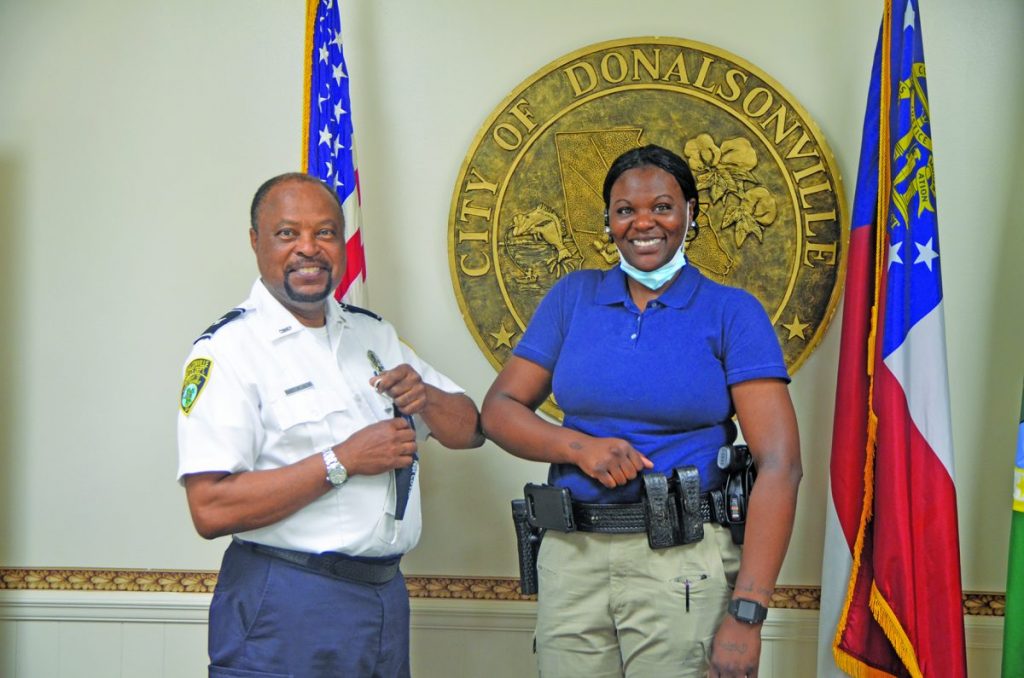 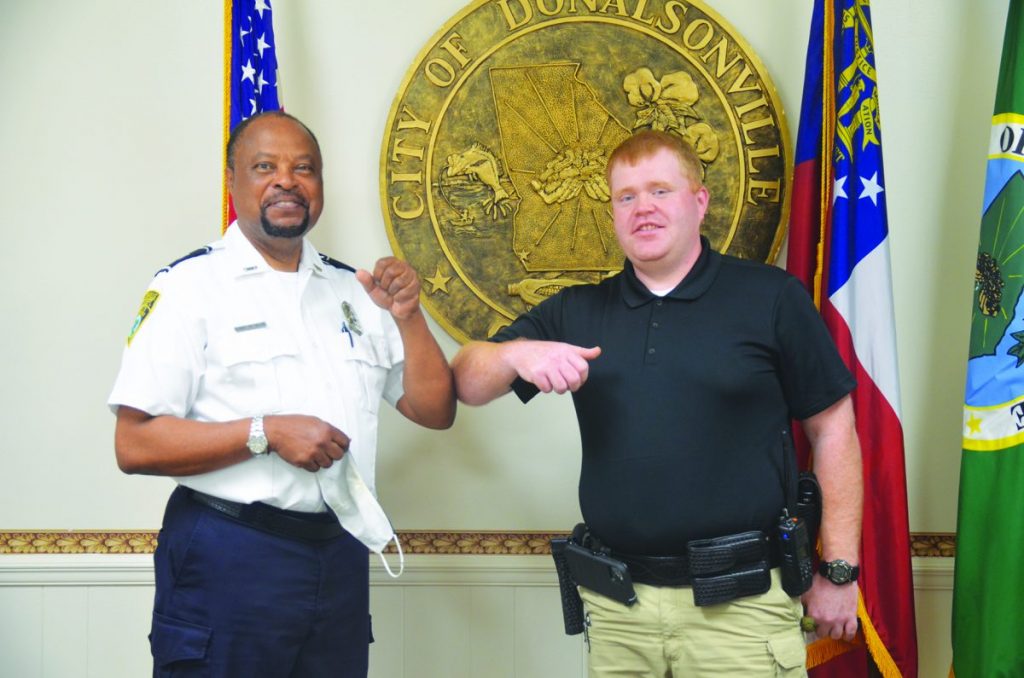 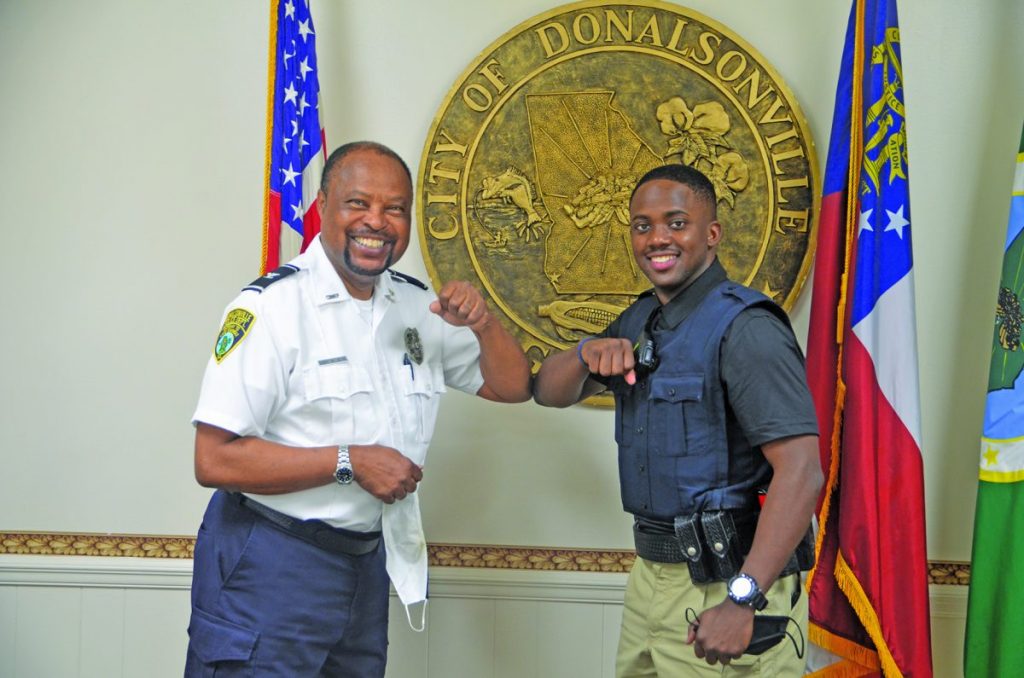 Three new officers, Rain’a Keyera Butler, Robert Young, and Tavarius Bowen, have completed their police academy training and are now officially on duty helping to keep the peace as members of the Donalsonville Police Department.

At the officers’ swearing in ceremony last Friday morning in City Hall’s council chambers, Chief of Police Woodrow Blue commented, “I am proud to introduce these three fine new officers to our department and look forward to working with them in our ongoing efforts in making Donalsonville the safest city in Southwest Georgia.”

Officer Rain’a Keyera Butler is the daughter of Tina Paramore of Colquitt, and Ralph Rogers of Donalsonville. She has three children, Derek, Kaleb, and Antron. Butler graduated from Miller County High School, and continued her education in criminal justice at Bainbridge State College and Argosy University.

She worked as a correctional officer for four years at Jackson Correctional Institution in Malone, Florida, and is proud to now have completed her basic training and considers it an honor to be serving as a Peace Officer in Donalsonville.

Butler enjoys family time and being among friends and peers, cherishing good laughs and memories.

Officer Robert Young is originally from Dahlonega, Georgia, and is the son of Frankie Pruitt. He has lived in Donalsonville for approximately 10 years, and is a 2014 graduate of Seminole County High School. He is the father of two children, Ryker and Tatum Young.

Before joining the Donalsonville Police Department he was employed by Georgia Pacific.

Officer Tavarius Bowen was born and raised in Bainbridge. The son of Shameeka Rogers and Calvin Bowen, he is a 2014 graduate of Bainbridge High School.  Tavarius started his law enforcement career with the Georgia Department of Corrections Bainbridge Substance Abuse Center and has also worked with the Baker County Sheriff Office.