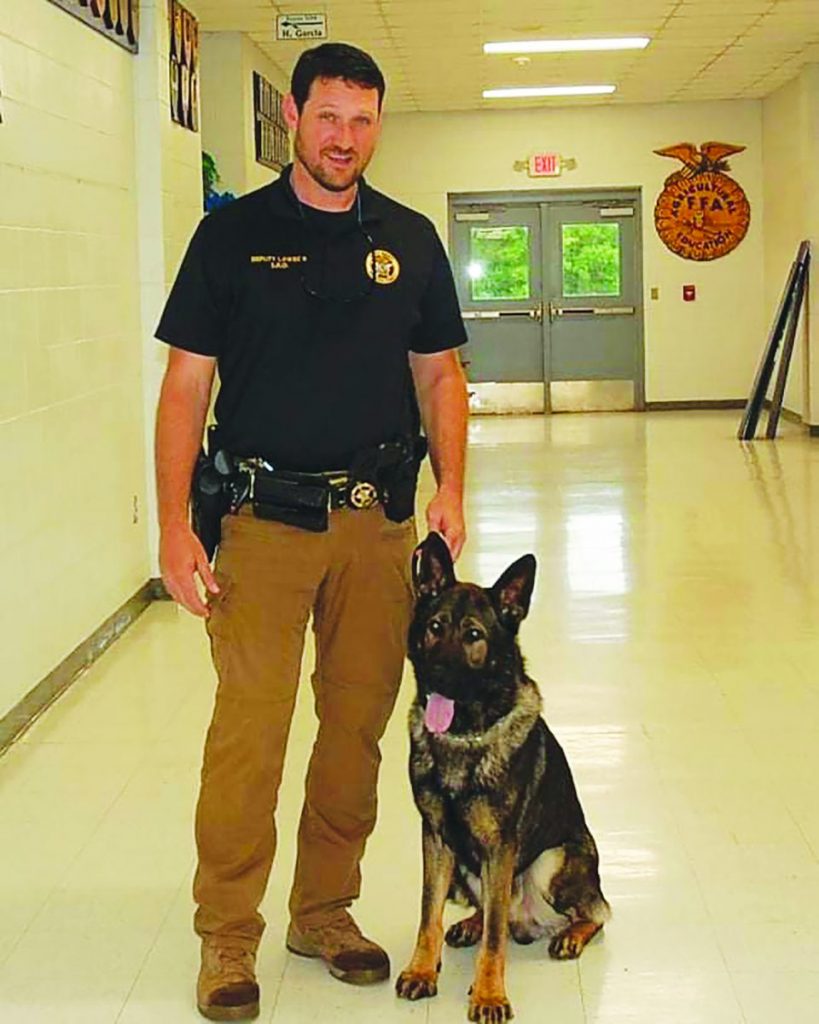 Magic is a two and a half year old German Shepherd who came to the school after serving in Germany. Since Magic’s training was completed in the German language, School Resource Officer Jeffrey Lawson has had to master some commands in the German language. So, if you hear Office Lawson speaking strangely to Magic, he is speaking German!

Magic has previously been in service for two years, and he specializes in tracking people and finding drugs.

Acquiring this dog is a dream come true for Officer Lawson, who believes that the presence and expertise of this new staff member will make a tremendous difference in the lives of our students and that students will be safer because Magic is on campus and on duty.

Magic will be with Lawson both patrolling the halls at school as well as fighting crime in the streets. According to Lawson, “the presence of Magic is for the safety of the students.  We are excited to see the positive difference Magic will make here at Seminole County Middle High School.”