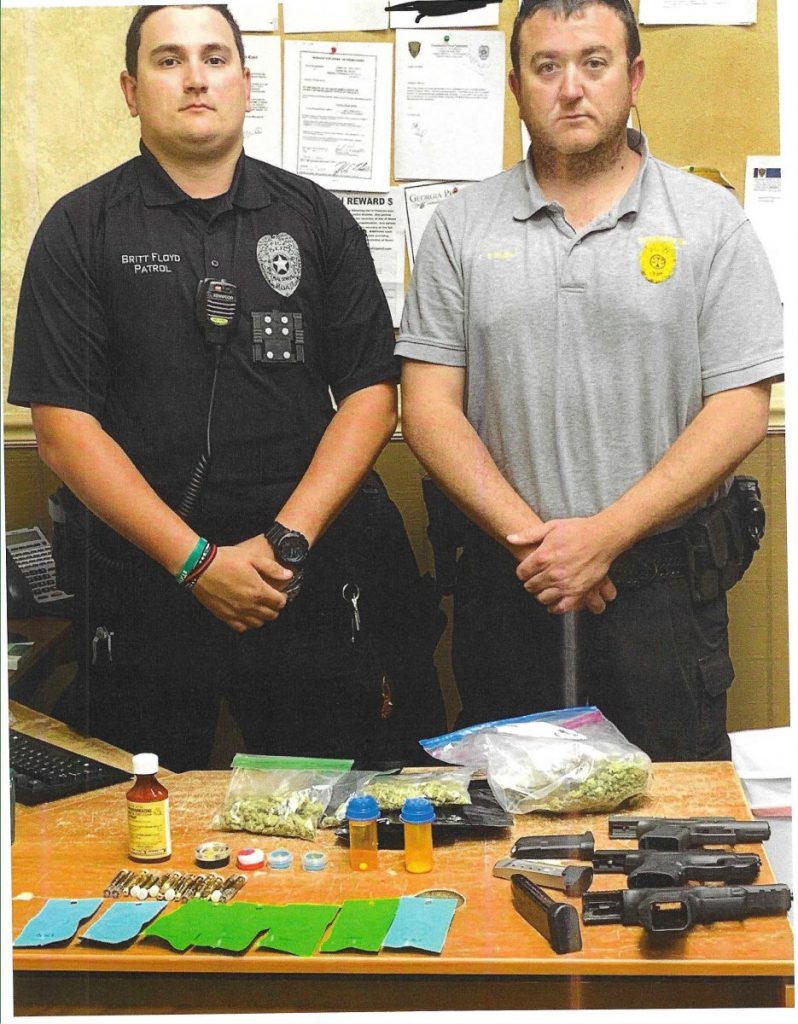 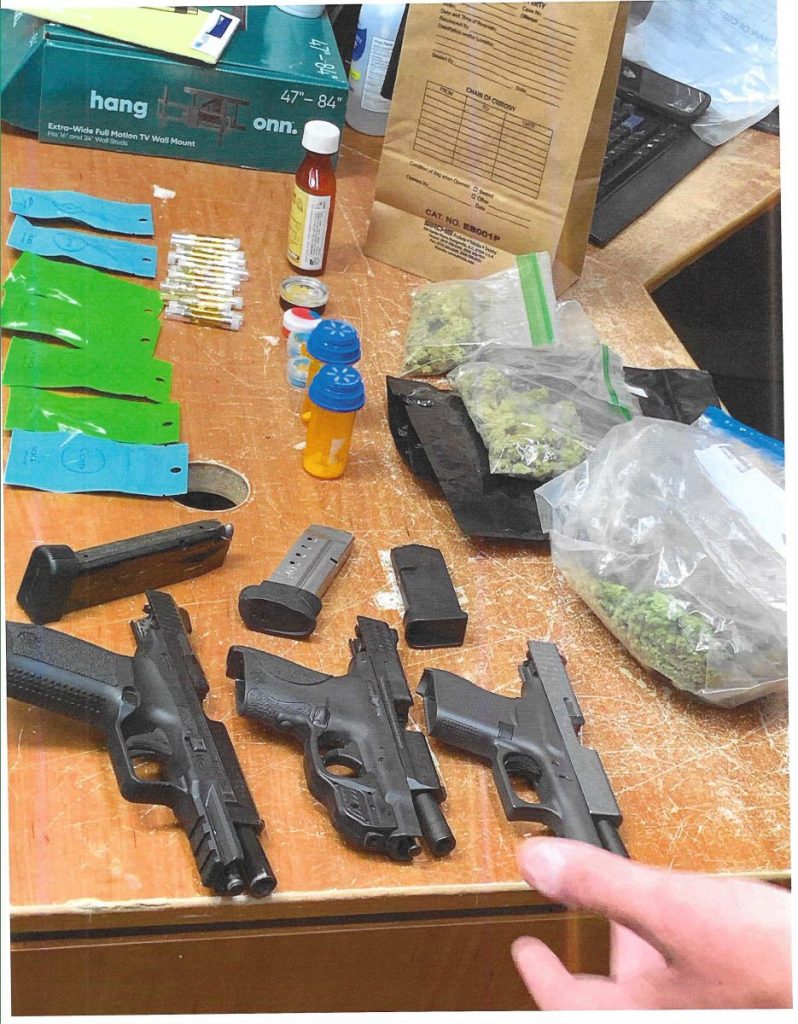 Upon further investigation the officers determined the driver, Zachary McCarthy of Oklahoma, was a convicted felon and discovered  in the vehicle quantities of cocaine, marijuana and a firearm. McCarthy was arrested and taken into custody.