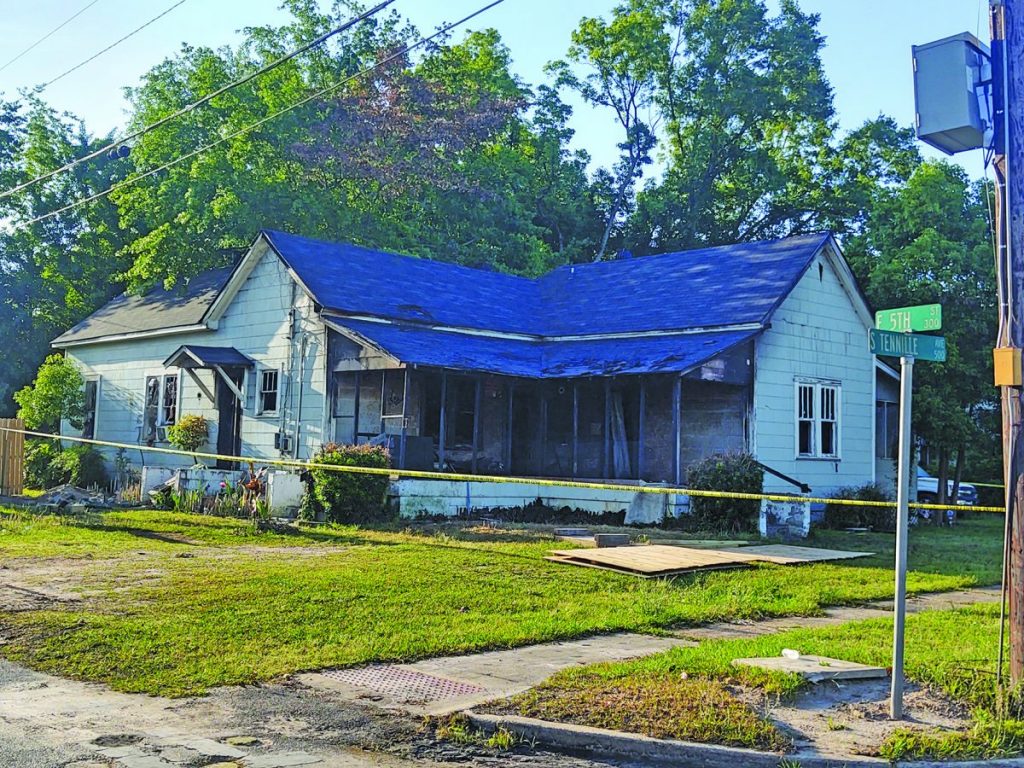 On Sunday morning, April 25th at 7:23 a.m. the Donalsonville Fire Rescue Department received a 911 dispatch for a structure fire with a person inside located at 501 S. Tennille Avenue Donalsonville. Fire units responded and were on scene at 7:25 a.m. They reported heavy fire in the front side of the structure.

Citizens reported that there was man trapped in a back bedroom but did not know which one. Interior search and rescue procedures began in the bedroom area of the structure immediately. Off duty fire personnel arrived on scene three minutes later and assisted with the search efforts.

The man, later identified as 41 year old Johnny M. Luckett, was located within a few moments in a rear bedroom and was immediately removed through a window. Luckett was transported by Grady EMS to the Donalsonville Hospital ER department where he succumbed to his injuries.

Donalsonville Fire Rescue would like to thank the Donalsonville Police Department and Seminole County Sheriff’s officers, and volunteers from the Iron City VFD who were on scene for their assistance in helping to control the fire while Donalsonville’s fire crews searched the structure.

There were no smoke detectors present in the structure, and Fire Chief King commented, “Please contact the fire department if you do not have a working fire detector and remember to check yours monthly, because working smoke detectors save lives.”