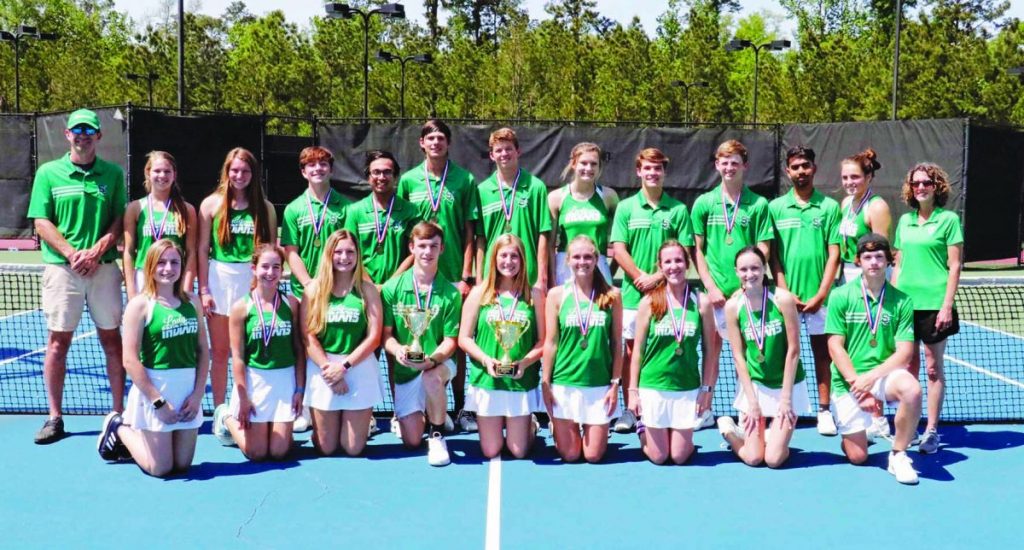 The Seminole County boys and girls tennis teams are heading to the final four of the GHSA State Tennis Tournament.

Dublin won a required coin flip to determine the host team in the match. The higher seeded team hosts all of the state tournament’s non title game matches; however since both the Seminole County and Dublin teams are number one seeds, a coin flip was required to set the match’s location.

The number one seeded Region 1A Lady Indians will face the winner of the Telfair County/Washington-Wilkes match, with the winner of that match advancing to the state tournament title match.

The Indians began their run for the state title by defeating Hawkinsville 3-0 in the tournament’s first round. They aced Metter 3-0 in the second round, and overpowered the number one seed from Region 7A, Ace Charter, 4-1 to advance into the Final Four match.

The Lady Indians began their run for the state title by defeating Hawkinsville 3-0 in the tournament’s first round. They aced Charlton County 5-0 in the second round, and punched their ticket to the Final Four with their victory over the number three seeded Region 8A Lake Oconee girls on Wednesday in Donalsonville.

All final four and state title match results will be posted at donalsonvillenews.com.