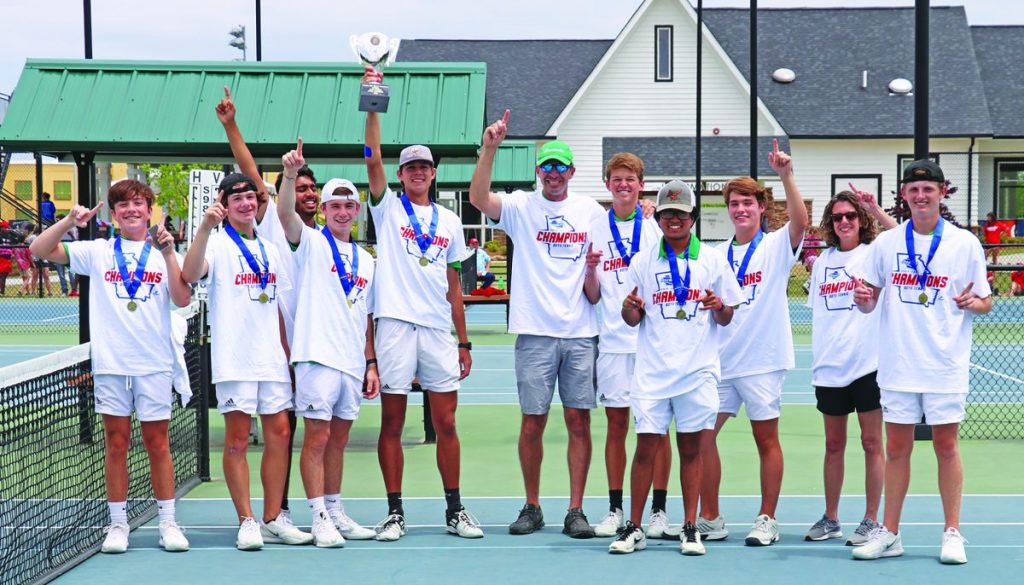 The bad feeling of that defeat lingered in the players’ minds throughout the COVID-19-cancelled season of 2020 and motivated these Indians to never feel that way again – and they have not. That 2019 match was the last time these State Champion Indians lost a match.

Indians’ coaches Tina Fain and Jim Palmer are extremely proud of the team’s success this championship season and commented, “Our players set their sights on winning it all this year, and worked hard from week to week to make this opportunity happen. It has been an unbelievable season, and we thank our fans and the entire community for supporting us throughout this championship campaign.”

With an undefeated 15-0 regular season record under their belts, along with the Bainbridge Bearcat Brawl Boys Tournament championship, the Indians defeated the Miller County Pirates, again, to win the Region 1A Championship. Seminole County entered the state tournament red hot, on a roll, and with their mission of winning it all still intact.

The Indians began their post season run for the state title by defeating Hawkinsville 3-0 in the tournament’s first round. They aced Metter 3-0 in the second round, and overpowered the number one seed from Region 7A, Ace Charter, 4-1 to advance into the Final Four.

On Saturday, May 8, on the courts at the Rome Tennis Center at Berry College, the Indians played the Screven County Gamecocks in a 1 p.m. match and decisively served, volleyed and lobbed their way into the state title history books with a 3-0-match victory.

After the match, with broad and proud smiles on their faces, #1 singles player Carson Odom commented, “We hit it where they weren’t,” and #2 doubles player (WC) Wendell Craft commented to Coah Fain, “Our cup is now full, in fact it is runneth over!”