It is hard to believe, but this Friday, May 21st will be the twentieth anniversary of my Dad’s death.  “Big Dan” was a huge part of my life, and still is.  I have been thinking what I would say to him if I could write him a letter.  Sort of fill him in on what has been going on, so to speak.

Mom is doing great.  She misses you, as we all do, but as you told her to do, she has boldly embraced life after your passing.  She moved back to Bay Point and built a dream house exactly like she wanted.  Later she moved to Atlanta, where she brought enthusiasm and energy to the independent living facility she chose.  Notice I say that she chose, not her children.  She has always known what she wanted in her life.

All your children are still happily married to their same spouse, not a small accomplishment these days.  Your six grandchildren all graduated from college.  Three have graduate degrees.

Five of the six grandchildren are also happily married, and you would like all their life partners.  The sixth grandchild is in the Army choosing to serve his country just like you did in Korea.

You have four great-grandchildren.  Two of them share portions of your name.  They all have a part of your compassion and love of life.  I can see a bit of you in every one of your descendants.  I tell them stories about you, but then all your children do that.  After all, there are so many stories to tell.

Enough time has passed that your children have retired.  Ernest and I were able to do that partially because of your financial support with your own retirement funds in our early business days.  You would have been proud of the company you helped start and that we continued to build.  Sister and her husband have successfully charted their own path.

The day of your funeral, as we drove up to the church in Cottonwood, I was stunned to see the church was full and the crowd extended far out into the church lawn.  It was a magnificent tribute to your life well lived, but it was also an eye opener to me about the way one man can touch so many people in so many ways.

This letter is not meant to be sad, though all that knew and loved you still miss your smile and laugh.  You are still the most compassionate man I have ever known and I have tried to live up to that part of you in me.

Rather, this letter is a celebration of your life and an acknowledgement of something most people say, without being certain if it is true, namely that you will never be forgotten.  So many events of the past couple of weeks have reminded me of you; reminded me of your impact on lives 20 years later.

You grandchildren, Catherine, Elizabeth, Stephen, Bailey, Addison, and Davis are all successful and happy.  You would be proud but not surprised at how much they have achieved in life.

Your oldest great-grandson is now a teenager.  He was vaccinated this past Friday to protect him from a virus that thankfully you never knew.  It was his choice.  Henry is an incredibly smart young man.   You would be so proud of him.

Laura is your only great-granddaughter, and you would have spoiled her rotten.  She excels on so many levels.  She loves acting and is good at it.  She takes voice lessons, and this past week was the first time I accompanied her on the piano as she sang.

Will is your second great-grandson and he loves anything to do with sports.  He has an incredible imagination.  He is the only one that looks like a Ponder, thanks partially to the cowlick he inherited from me.

Andrew, your youngest great-grandson, had his baby dedication today at his church.  He is sweet kid that would melt your heart.  Though he has said the word to others, today was the first day that he called me “Granddaddy” to my face.  I thought of you when he said it.  After all, you and Granddaddy Joe are why I chose to be called by that name.

Some things have not changed.  My branch of the family still celebrates holidays at Compass Lake, where you visited with my mother long before I was born.  It is still special.  It is still part of the fabric that binds our extended family together.

This past week, Mom visited Auburn, where we now live.  We went to Toomer’s Corner and she told the story yet again about how you two met in front of Samford Hall.  It remains a great love story, and you were always the great love of her life.

We miss you still but are thankful for your life and the way it still touches us 20 years later.  The greatest thing a parent can accomplish is to raise a good child.  You did that times three.

Thanks for everything, Dad.  I love you. 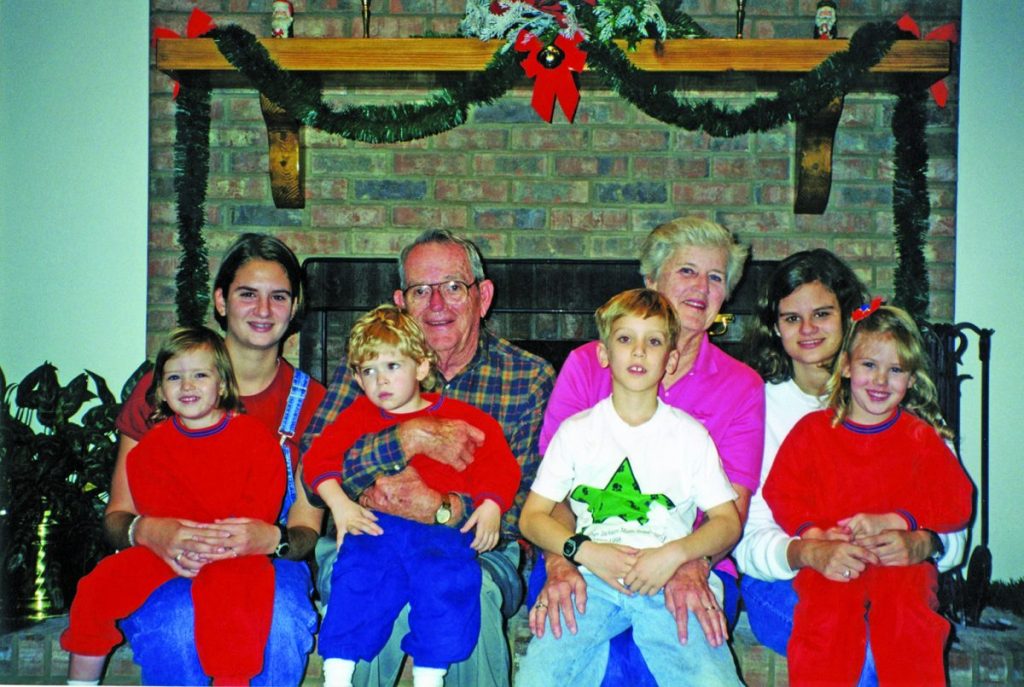 Why can’t we be friends?

The faces behind the masks