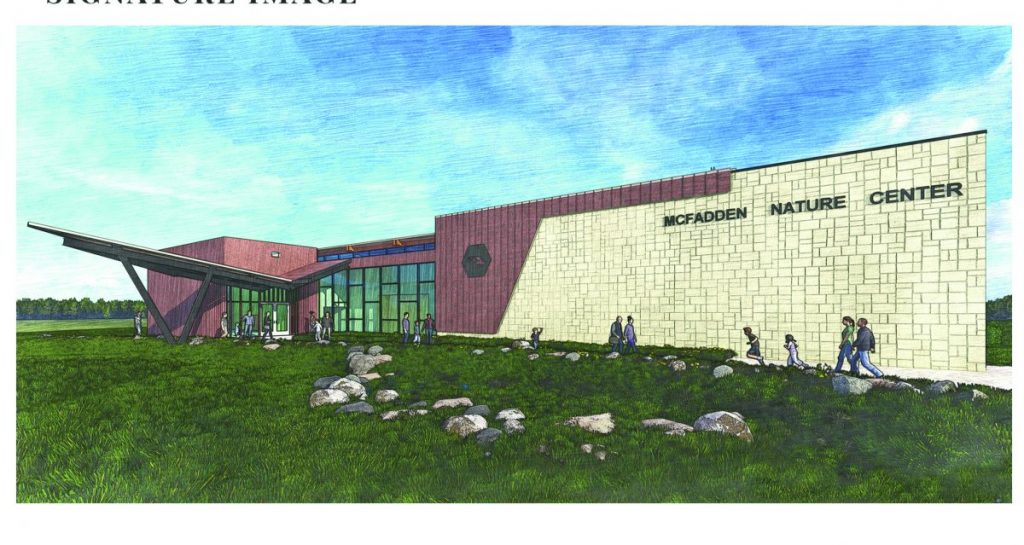 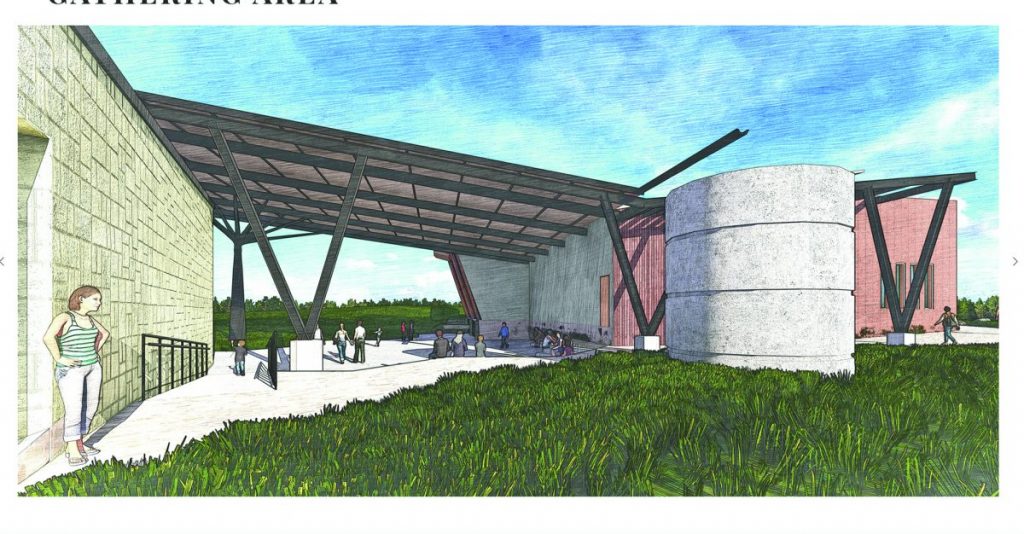 Architectural designs have been selected and over the next two years plans are now in place for the  McFadden Nature Center to create an open to the public natural preserve offering indoor and outdoor events for the community, wetland and upland tours, and facilities and accommodations presented in a natural setting for educators, researchers, students, naturalists, and others to gather and meet other like-minded nature loving individuals. The Center, located at 5540 River Road just west of Donalsonville, consists of 1260 acres of uplands and wetlands and includes two miles of river frontage on the Chattahoochee River. The property is less than half a mile from the Georgia, Florida, and Alabama state dividing lines.

Pat McFadden bought the property in 1999 and named it the Lokchasassa Wilderness Project.  He passed away in 2008 but not before he provided for the property to be protected. The property was renamed the McFadden Nature Center in his honor, and the dream to transform it into a nature center and natural preserve for all to enjoy began.

The nature center’s main complex will be built with a view of the preserve’s open pastures, gently rolling hills and pond, and additional structures for education opportunities and lodging  are also planned.

“Mr. McFadden loved this property and he wanted it protected and its natural beauty preserved for all to enjoy,” commented center director Angela Hagen. “It’s a wonderful time to begin building a center that was once Pat’s dream. Soon the local people can enjoy nature and an environmental center without traveling long distances, as Pat had envisioned. The Nature Center will ultimately become a community showplace and we welcome comments and  input from the local community on our plans moving forward.”

The nature preserve project was established with the intent to preserve the McFadden Foundation property for perpetuity. The future Nature Center will be built upon low, gently rolling hills on the river coast. The site is surrounded by 1,260 acres of woods and wetlands with more than two miles of riverfront along the Chattahoochee River. The Nature Center currently offers a self-guided tour where visitors journey through winding paths, from low-lying areas of hardwoods to regions of planted pines more upland. Wildflowers, native plants, and animals such as bobcats, deer, or gators, are frequently observed during excursions.

The Nature Center is named in honor of Larry “Pat” McFadden. Throughout his life, McFadden worked as a sign maker, airplane repairman, welder, boat captain, pilot, artist, stock market investor, and was an expert marksman. Domestically, he was an avid turkey hunter, but he was also known internationally as a great hunter. He is said to have left part of his heart in Africa. He also enjoyed reading, doing crossword puzzles, speechwriting, and collecting rare music boxes.

In 2002, along with his life partner, Angela Hagen, McFadden  helped set up People for the Welfare of Animals in the South (P.A.W.S.). By 2007, this organization rescued 1,800 cats and dogs, had them spayed or neutered, and helped them find their “fur”ever homes. In 2001, McFadden facilitated the property’s first “Hunt-On-Wheels” to help manage the deer population at the McFadden Nature Preserve. Additionally, the Nature Center hosts Boy Scouts of America troops on-site to further their education in wildlife preservation.

According to Mr. McFadden, “you should leave this world better than when you came into it,” a notion we share as a responsibility inherent to the architectural profession. We believe our proposed design best encompasses Mr. McFadden’s legacy and passions, as well as site components and sustainable local elements unique to Donalsonville and Seminole County, otherwise known as the “Cornerstone of Georgia.”

The center’s design distinctly reflects Pat McFadden’s lifelong, ferocious curiosity along with his passions and bountiful interests. In a juxtaposition of locally-native elements with fundamental aspects of the African wilderness, the Nature Center synthesizes personality with character and function. The structure blends construction-types in the vernacular of local Native American tribes and early settlers with modern compositions. The design pays homage to local antiquity, including the design of early bridges crossing the Chattahoochee, which greatly improved travel and local commerce.

Sustainability and endurance primarily influenced material selections and other details found in both the structure and façade. These aspects of the design leverage combinations of natural elements, such as limestone and wood paired with glass and steel. The design is also based upon efficiency. In nature, the hexagon is found to be the most efficient structural shape. Its geometry uses the least amount of material to support the most weight.

The umbrella thorn acacia tree (vachellia tortilis) provides the prevailing form for the structure. One of the most recognizable trees on the African savanna, it grows in a spectacular canopy-like configuration. Its thorns are disguised within its flower clusters, a natural defense mechanism that prevents savanna animals from eating their leaves, flowers, and seedpods. Its shape provides shade and a place for gathering; a refuge from the sun during harsh summer months. The design team  architecturalized the forms of this iconic African tree to capture the ethos of McFadden’s love for the continent as well as the enduring, tolerant, and sanctuary characteristics of the umbrella thorn acacia.

For additional information or details on the project, email mcfaddenfoundation@gmail.com or call 229-254-2100.