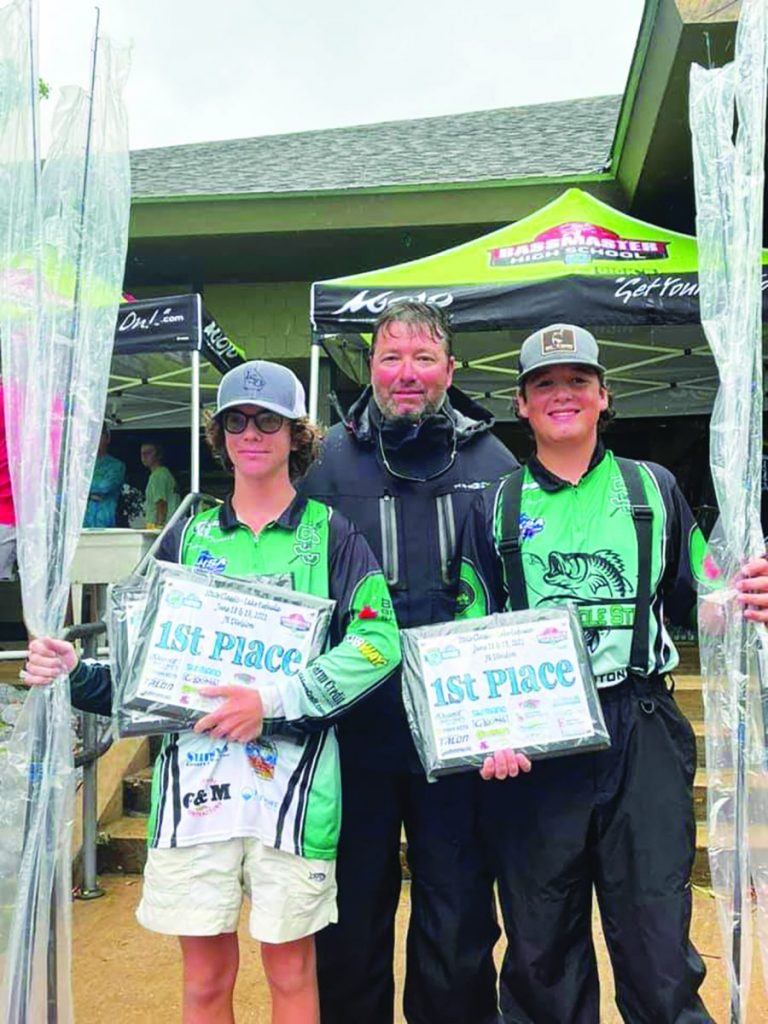 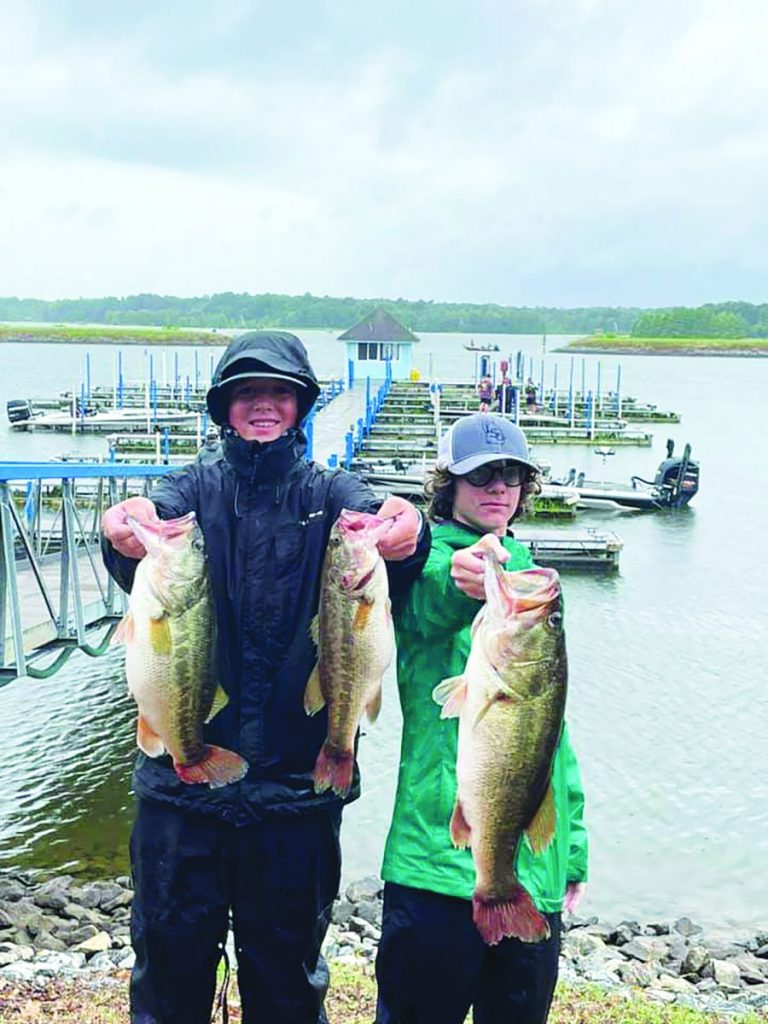 For most of their entire lives fourteen-year-old fishermen Jonathan Jarvis and Tanner Trawick have dreamed of one day catching the big one. Well, they did it last weekend, reeling in 27.69 pounds of fish, besting the 30 boat field, and capturing the state title in the Junior division of the Georgia B.A.S.S. Nation State Championship. The boys led the pack both days, bringing in 13.13 pounds on day one and 14.56 pounds on day two, for their tournament total of 27.69. Tanner also reeled in the tournament’s “Big Fish” with its outstanding weight of 7.28 pounds, giving him the Lunker award.

The tournament was held at Lakepoint State Park Resort on Lake Eufaula Friday and Saturday, June 18 and 19.

“I’m very excited that we won the state championship,” commented Jonathan. “There were times we were ready to be done but dad (the boat’s captain) made us keep going and not give up. I’m glad he didn’t let us quit. Now we are headed to Nationals.”

Tanner added, “During the sweltering heat on Friday, we both would say ‘it ain’t hot if you’re catching fish’!”

“I am so proud of Tanner and Jonathan for representing the Seminole County Middle High School’s Seminole Stix fishing team in the Jr. Division of the Georgia B.A.S.S. Nation Championship. They are always chunking and winding, looking for that big large mouth and they found them on Lake Eufaula,” commented Seminole Stix coach Brandon Ingram.

Boat captain Jody Jarvis added, “There were good fishermen in this tournament. These boys set a goal at the beginning of the season and they have exceeded that goal. I’m very proud of both of them. I encourage more fathers to get their kids involved in high school fishing. It will make a difference in their life and yours.

Jarvis and Trawick will be headed to the national tournament, which will be held on Caroll County 1000 Acre Lake in Huntingdon, Tennessee in October. Both boys will be entering high school next year and look forward to the next four years, and reeling in even more titles as members of the Seminole Stix!

Jonathan is the son of Jody and Jennifer of Jarvis and Tanner is the son of Kathryn and Spence Touchton and the late Brad Trawick, all of Seminole County.