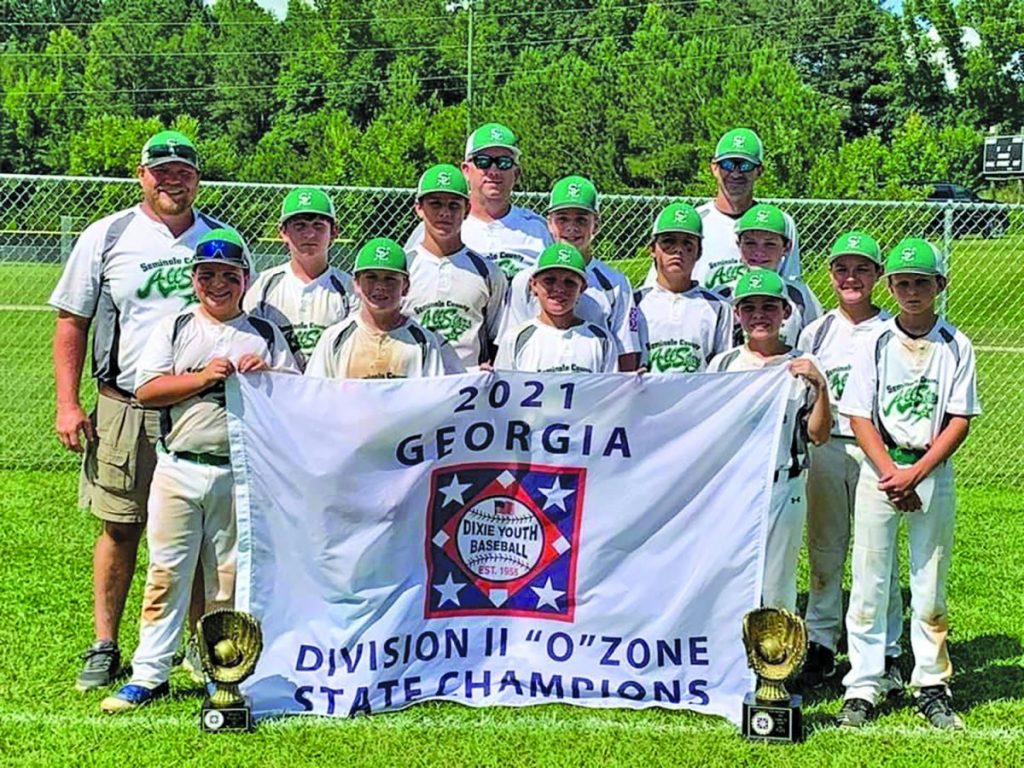 These 11- and 12-year-old Seminole Recreation Department baseball Allstars had a great weekend in Roberta at the Dixie Youth State Baseball Championship tournament. Seminole County  secured a second place finish in Georgia Dixie Youth Baseball and earned the chance to represent the state in the Dixie Youth Ozone World Series, in Laurel, Mississippi, July 29 through August 5.

The weekend started out a little rocky on Friday with a hard fought game with Dooly County. The boys played hard but came up short and lost 4-7. They faced Wrens in the second game and came back strong. Luke Akers pitched 88 pitches and 5 1/3 innings to help the team secure a 7-4 win and advance in tournament play on Saturday.

For the second game on Saturday, Seminole County faced the undefeated Dooly County team again. Preston Deal took the mound and pitched 85 pitches for 5 1/3 innings. The defense played hard, and Seminole County’s bats were on fire. The Indians crushed Dooly County 15-1 for Dooly’s first loss  of the tournament.

Since Dooly County and Seminole County each had only one loss, they had to play a decisive championship game. It was the third game on Saturday for Seminole County in the hot sun. The Seminole County boys put up a good fight, but Dooly County  was too much for them, winning the game and the title. Seminole County’s efforts were rewarded with a second place state tournament finish and a spot in the Dixie Youth Ozone World Series,

For anyone wishing to make a donation to help with the expenses of traveling to the World Series, a fund has been set up at PeoplesSouth Bank in Donalsonville. Tax forms are available at the recreation department.