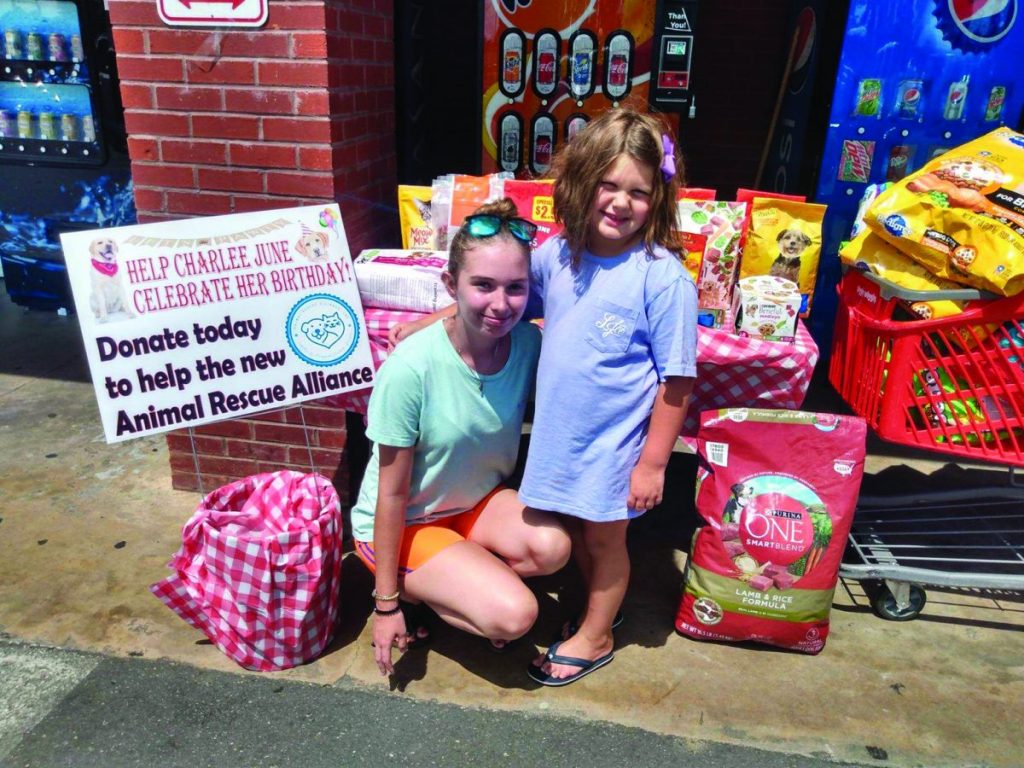 Charlee June Herrington, with the help of Madison O’Hearn, had a very successful pet food drive last Thursday at Piggly Wiggly in Donalsonville. Raising awareness and collecting supplies for the Animal Rescue Alliance, they braved the hot temperatures and were rewarded for their efforts by some warm-hearted pet lovers.

At her donation table, set up in front of the store, generous animal lovers donated 213 pounds of dog food and 50 pounds of cat food. She also raised $254.73 to go toward the purchase of cat and dog beds.

Animal Rescue Alliance, Inc., a non profit business formed and spearheaded by Carol Williams, is well on its way to becoming a local animal shelter reality for Seminole and Miller Counties. Private donors funded the purchase of the vacant and former veterinary clinic building on Highway 91, north of Donalsonville, and renovation of the facility is in the works. It is hoped that the facility will be up and running by late Fall of this year.

The shelter will be partnering with Dr. Russ Henley of Colquitt, and hopes to be able to offer some low-cost spay neuter services. Initially, Animal Rescue Alliance  will accept animals only brought in by official agencies – Donalsonville Police Department, Seminole County Sheriff’s Office, Bill Kennedy, and the Miller County Sheriff’s Office. As the facility gets up and running,  it plans to accept owner surrenders.

How can you help?

Anyone interested in fund raising for the shelter, is asked to contact Williams at aralliancega@gmail.com for details on how they can help.

The public can also make a donation to the project at smile.amazon.com when purchasing products from Amazon. Choose Animal Rescue Alliance, Inc., listed in Iron City for now, as the donation recipient, and Amazon will donate a portion of every sale to the shelter.

“There is also a shelter wish list set up there too, so if someone wants to know what we really need, it is on the list,” added Williams.  The direct link on Amazon smile.amazon.com/ch/85-3754351.