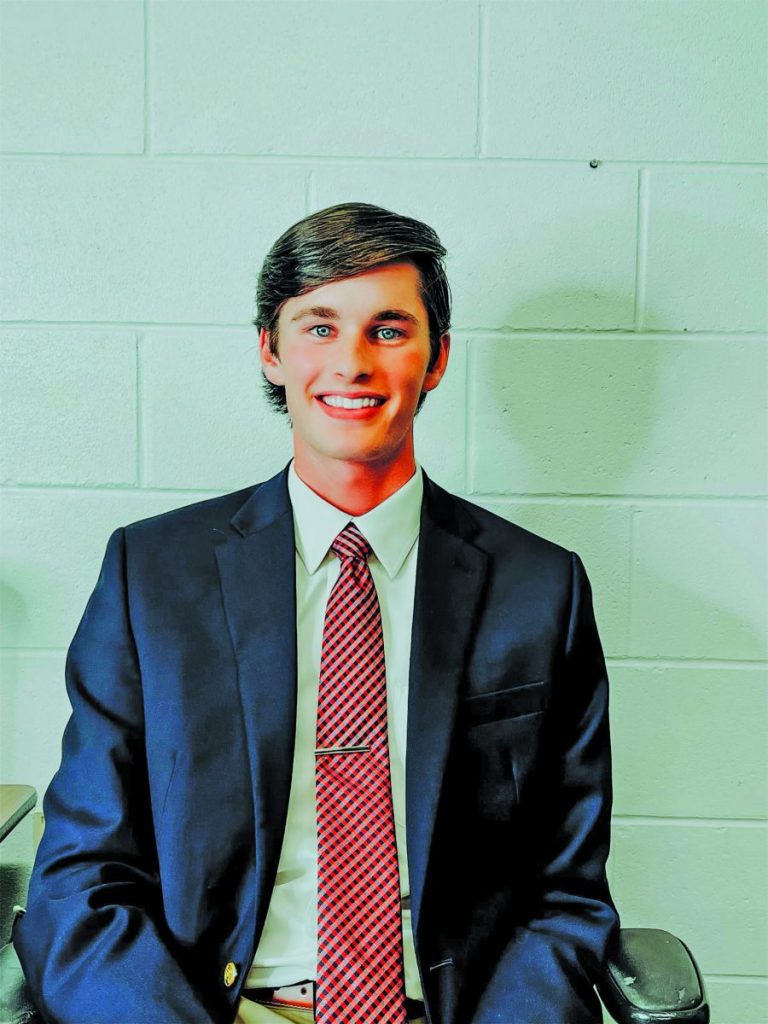 William Hilton Pace, an incoming   Senior at Seminole County High School, has been selected as a Senator for American Legion Boys Nation in the Washington, D.C. area, July 23-30.

Boys Nation is an annual American Legion program that includes civic training, leadership development and a focus on Americanism. At Boys State, he has been elected District Attorney.

The son of Wes Pace and Mandy and John Buckhaulter, Pace plans to attend the University of Georgia and become an attorney.

During their eight days at Boys Nation, 100 “Senators” will learn from a hands-on approach how the U.S. Senate and the federal government function. Young men are divided into two political parties, the Federalists and the Nationalists, each of which conducts a party convention, sets a platform and nominates members for elected offices, including Boys Nation president, vice president and party leaders. Each senator will also write, introduce and debate a bill of his choosing before an appropriate Senate committee, and if successful at that level the legislation will be voted on by the whole Senate. Bills passing the Senate are later signed or vetoed by the Boys Nation president.

The young men will also have an opportunity to tour the National Mall, including the Lincoln Memorial, Vietnam Wall and Korean War Memorial. They will also present a wreath at Arlington National Cemetery, see the Iwo Jima Memorial and meet virtually with their state’s U.S. Senators. They may have the opportunity to visit the White House as well.

In addition, delegates will attend a dinner at a nearby Legion post hosted by National Commander James W. “Bill” Oxford of North Carolina.