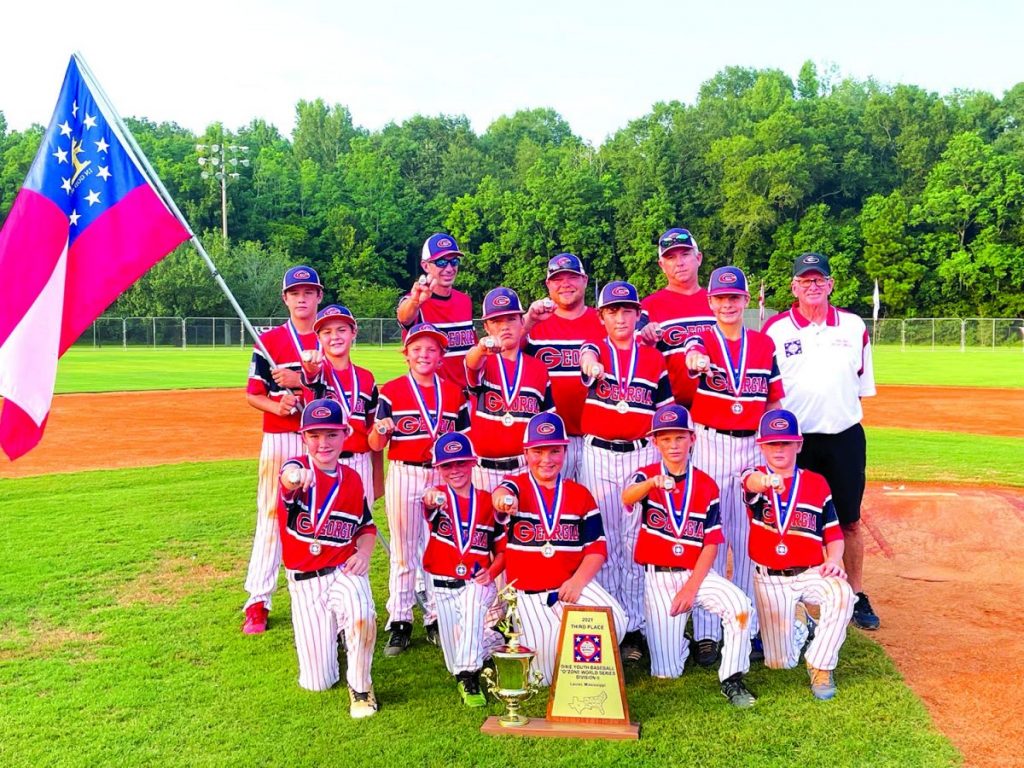 The State Champion 11- and 12-year-old baseball Allstar team from the Seminole Recreation Department  represented the state of Georgia with pride and talent this past week in the Dixie Youth World Series held in Laurel, Mississippi.

On Tuesday, with a tournament record of two wins and one loss, Seminole County, playing in its fourth game, battled back and forth and was leading the Seminary team from Mississippi 5 to 3 until the  fourth inning. Mississippi’s bats  got hot and they scored six runs and went on to win the game 9 to 5. Seminole County was awarded the
Dixie Youth World Series third place trophy.

The team began the world series with a 2-0 record with wins against Alabama and Texas.

The first game was played Friday evening and Seminole County came away with a hard fought 5-4 victory over Alabama. Colt Williams pitched 2.3 innings of shutout ball followed by Preston Deal and Luke Akers closing it out. Luke Akers earned the save.  The offense was going well as Reed Phillips went 2-4 with Ellis Denham, Preston Deal and Luke Scott going 2-3. Luke Akers and Jack Palmer went 1-1 with 2 walks and Colt Williams drove in the go ahead run with a line drive double off of the center field fence. Brody Rogerson caught a masterful game behind the plate.

The second game was played Saturday afternoon when Seminole County played a stout team from Texas.  Colt Williams pitched a great shut out going 5.3 innings.  Preston Deal came in to close the game.  Luke Scott played a great game at shortstop with 9 outs assisted on. The offense was led by Ellis Denham going 2-3 with 2 doubles and Colt Williams hit another line drive off of the centerfield fence that resulted in an in the park home run. Reed Phillips and Jack Palmer both went 1-2 with a walk and Luke Akers went 1-1 with a walk and has maintained an 1.000% on base percentage. Brody Rogerson battled the heat behind the plate and caught another excellent game.

In the third game of the series against Florida, Seminole County suffered its first loss. The game was tied 1-1 going into the final inning. Florida scored and won the game.