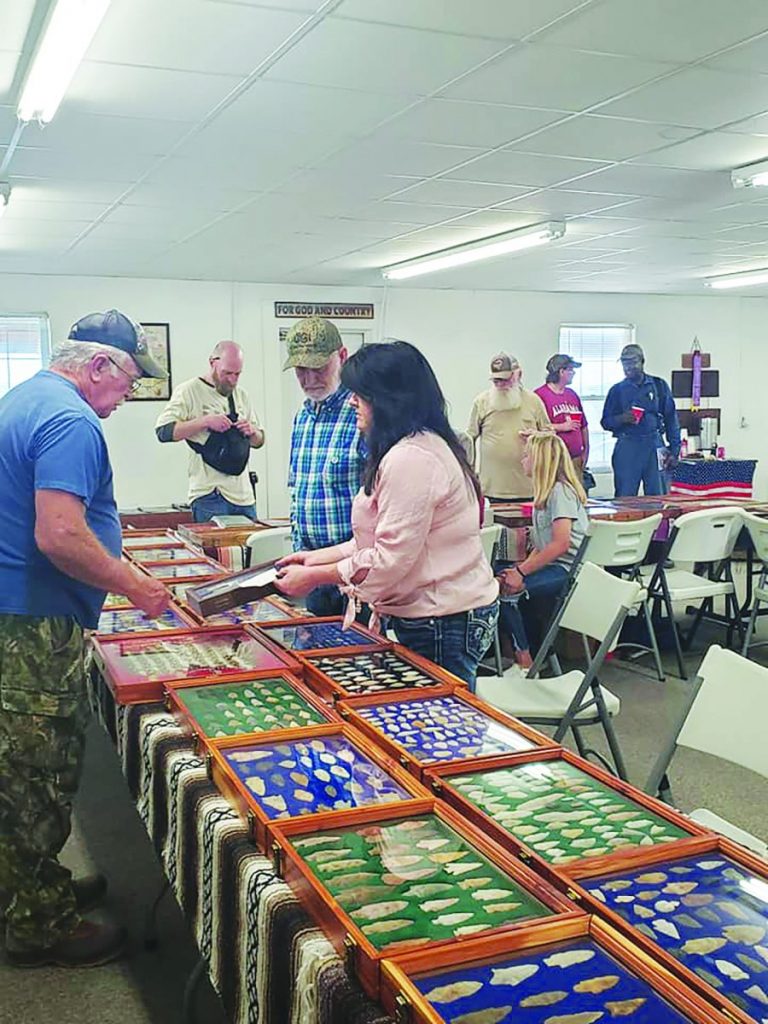 The Kolomoki Archaeological Society’s annual meeting and prehistoric Native American artifact show will be held this Saturday, August 14th. The event, open to the public from 8 a.m. until 3:30 p.m. will be held at the American Legion Post 157,  one and a half miles south of Donalsonville on Highway 39.

One of the  oldest Society of American Indian artifact collectors in the Southeast, the Kolomoki Archaeological Society was established in 1962. Organized in Early County, Georgia, the Society first met at individuals’ homes. As the crowd grew, the meeting was moved to Kolomoki Mounds State Park. The Society quickly grew into a South Georgia, South Alabama and Florida society and expanded from one show to several per year hosted by members in each of the tri-states.

As a non-profit society with no paid officers or members the organization strives to accomplish the following:

To promote friendship and trust among collectors of artifacts produced by prehistoric North American people.

To preserve our right to collect, educate and learn from those artifacts.

To provide meetings for our members, focused on the display and ethical collector activities for authentic prehistoric artifacts.

To offer an avenue for a better understanding of our avocation to professionals, collectors and interested public.

Annual membership dues of $15 are collected only to cover cost of operating the Society, donating to other non-profit groups and when possible, to give something back to the membership such as free books, free tables and meeting facilities.

Don’t miss this opportunity to see a great show featuring a great collection of Native American artifacts this Saturday,  August 14 at the American Legion Hall in Donalsonville beginning at 8 a.m.