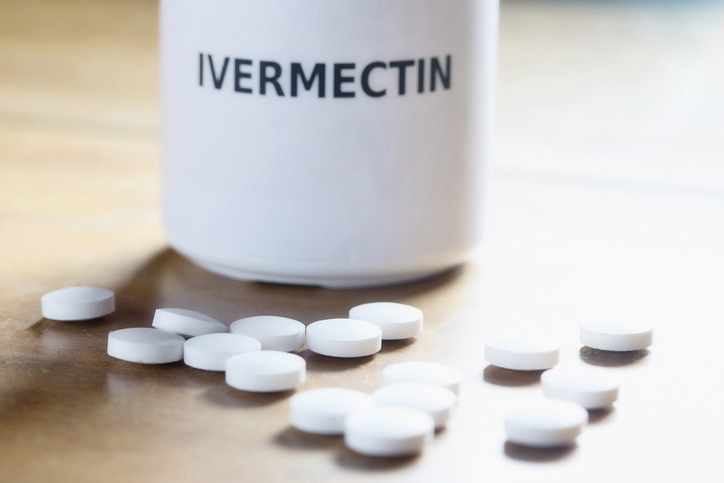 Ivermectin is not a brand name: it is the generic term for the drug.

The U.S. Food and Drug Administration is urging people to stop taking veterinary drugs to treat or prevent COVID-19 after receiving multiple reports of patients who have been hospitalized after “self-medicating with Ivermectin intended for horses,” according to the federal agency.

“You are not a horse. You are not a cow. Seriously, y’all. Stop it,” the FDA tweeted from its official account on Saturday, alongside a consumer update detailing why the drug can be unsafe for humans.

Ivermectin, which is not an anti-viral drug, is generally used to treat or prevent parasites in animals.

“These animal drugs are often highly concentrated because they are used for large animals like horses and cows, which can weigh a lot more than a human,” the FDA update reads. “Such high doses can be highly toxic in humans.”

Patients who overdose with Ivermectin can experience nausea, vomiting, diarrhea, low blood pressure, allergic reactions, dizziness, problems with balance, seizures, coma and even death, according to the FDA.

The agency clarified that the FDA-approved Ivermectin tablets meant to treat people with certain conditions caused by parasitic worms as well as topical formulations used for head lice and skin conditions like rosacea are different from the drug used on animals. Ivermectin tablets and topical formulations for humans have “very specific doses” that are significantly smaller than the doses meant for animals.

Misconceptions about the drug’s Coronavirus healing abilities began to spread when a handful of studies found positive trends in patients after taking the drug, particularly one non-peer reviewed paper that said Ivermectin can lower COVID-19 death rates by more than 90%.

That study has since been withdrawn from the research website following reports of plagiarism and data manipulation that “are now under formal investigation.”

Separate research published in June last year found that Ivermectin reduced the amount of Coronavirus in a laboratory dish by 5,000-fold after two days. Some studies showed the drug helped COVID-19 patients recover faster and reduced inflammation, while others showed no benefits or worsening of disease.

But “most of these studies had incomplete information and significant methodological limitations, which make it difficult to exclude common causes of bias,” according to the FDA, including small sample sizes, inconsistencies in the reporting of disease severity and conflicting data as patients received multiple medications at once.

The FDA stressed that no form of the Ivermectin drug has been approved by the agency for use in treating or preventing COVID-19 in humans.

“However, some initial research is underway,” the agency said, adding that “taking a drug for an unapproved use can be very dangerous. This is true of ivermectin, too.”

The agency said it was forced to issue a warning in the consumption of Ivermectin following “a lot of misinformation” around the drug.

“You may have heard that it’s okay to take large doses of Ivermectin. That is wrong,” the FDA consumer update reads. “Meanwhile, effective ways to limit the spread of COVID-19 continue to be to wear your mask, stay at least six feet from others who don’t live with you, wash hands frequently, and avoid crowds.”

At the request of the Donalsonville News, Seminole County Veterinarian Dr. Cleve Bridges, owner and operator of Riverside Veterinary Clinic, offered the following insight on Ivermectin. Dr. Bridges said that the drug has been useful in veterinary medicine for over 30 years. It is used, primarily, to treat internal and external parasites in all the most common domestic species.

In large animal medicine, Ivermectin is administered as an injectable, given orally, or applied topically. It is primarily used to treat internal and external parasites.

In small animal medicine, Ivermectin has been used in very small doses to treat blood parasites, primarily heartworms. Before use, a thorough health history of the patient is determined by an in-depth examination and blood testing.  If the patient is determined sufficiently healthy and needful (tested negative for heartworms) then the Ivermectin is dispensed with specific instructions for use. These animals are tested and monitored closely, throughout the entire process of the drug usage, by qualified medical personnel. The use of Ivermectin has been proven to be safe in dogs, provided specific guidelines from the manufacturer and instructions from an experienced veterinarian are followed.

Dr. Bridges went on to explain that in veterinary medicine, when used under medical supervision, Ivermectin has proven to be a very safe and dependable drug; however, due to its over the counter (OTC) availability, Ivermectin is being used in an unsupervised manner. This unsupervised use can result in some dangerous side effects, such as blindness, which often resolves in five to ten days and allergic shock caused by the acute death of millions of blood-borne microfilariae. This acute reaction could be fatal.

“As far as I know, Ivermectin has never had any anti-viral or anti-inflammatory qualities in veterinary medicine,” Dr. Bridges said.

In conclusion Dr. Bridges added, “Now that we have the FDA fully approved Pfizer Covid Vaccine, it is time to stop with the guessing and step up and get what we now know to be the proven treatment against the virus – the COVID-19
vaccine.”