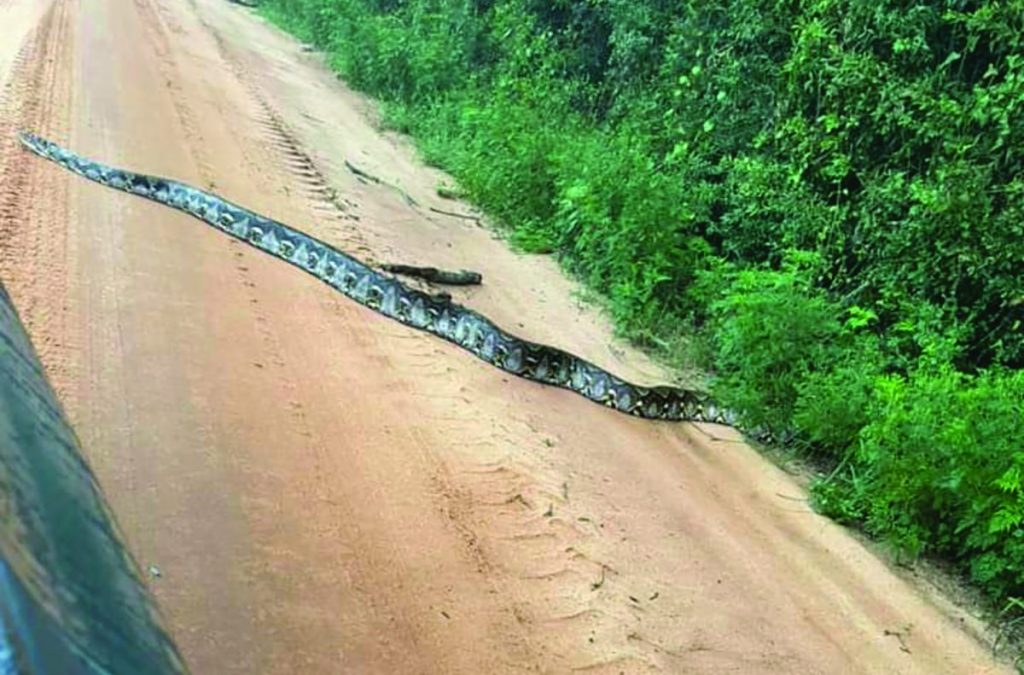 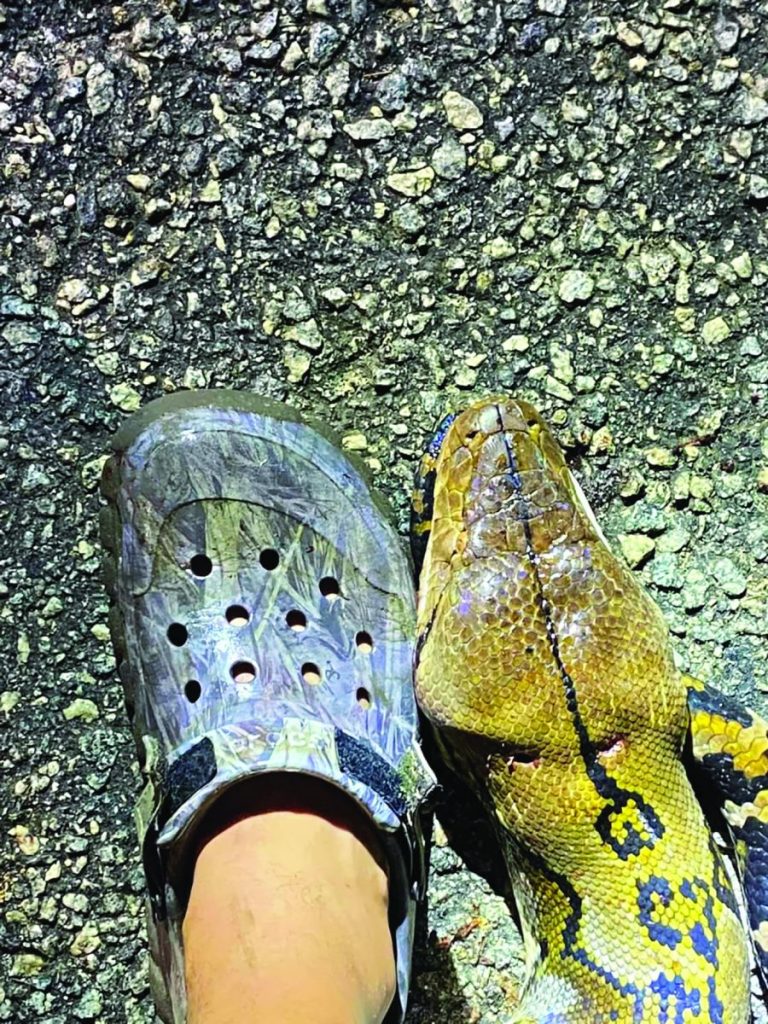 An eighteen foot reticulated python was cornered and euthanized in Seminole County last Friday evening.  Corporal Quinn Fogle of the Georgia Department of Natural Resources confirmed, after reports from local citizens, that a 200 pound snake was spotted off Braswell-Godby Road near the Seminole County, Miller County line.

In sighting the huge snake on Lake Hill Road on Wednesday, August 25, Carrie Miller thought it was a tree limb across the road until it started to move. Miller took a photo of the monster snake and called the Seminole County Sheriff’s Office to report it and its location.

Friday evening, August 28, Game Warder Taylor Brown spotted the trail of the snake after its latest sighting entering a wooded area off Braswell-Godby Road. With assistance from Corporal Meed Kelley of the Georgia State Patrol, they found the snake and tried to capture it but it became aggressive and they were force to euthanize it.

A reticulated python, the world’s largest snake,  is native to Asia and is an invasive species in North America. Pythons, which can grow in excess of twenty feet, are not poisonous and kill its prey by constriction.

Georgia DNR believed the snake was a pet that was either released or escaped. They have found no other signs of similar pythons in the area.