Seminole County’s Nick Cull rushed for three touchdowns, including an 8-yarder with 23 seconds left to give the Indians a win over Headland Friday in Donalsonville.

Cull, an Ole Miss commitment for his play on defense, showed he is not bad on offense either. His game-winning touchdown run capped a last-minute drive as the Indians took over at their own 39 with 1:26 left. Cull set up the touchdown with a 34-yard run the play before the score.

He previously scored on runs of 39 and 2 yards for the Indians, who gave new head coach Cedric Stegall his first win as coach after two losses.

Cull finished the night 10-of-13 passing for 133 yards and rushed for 69 yards. On defense, he had 10 tackles, including seven solos, and had a pass break-up.

The 1-2 Indians play at home again this week, Friday, September 10, as they welcome the Turner County Titans to Seminole Field in Donalsonville. Kick off is at 7:30 p.m. 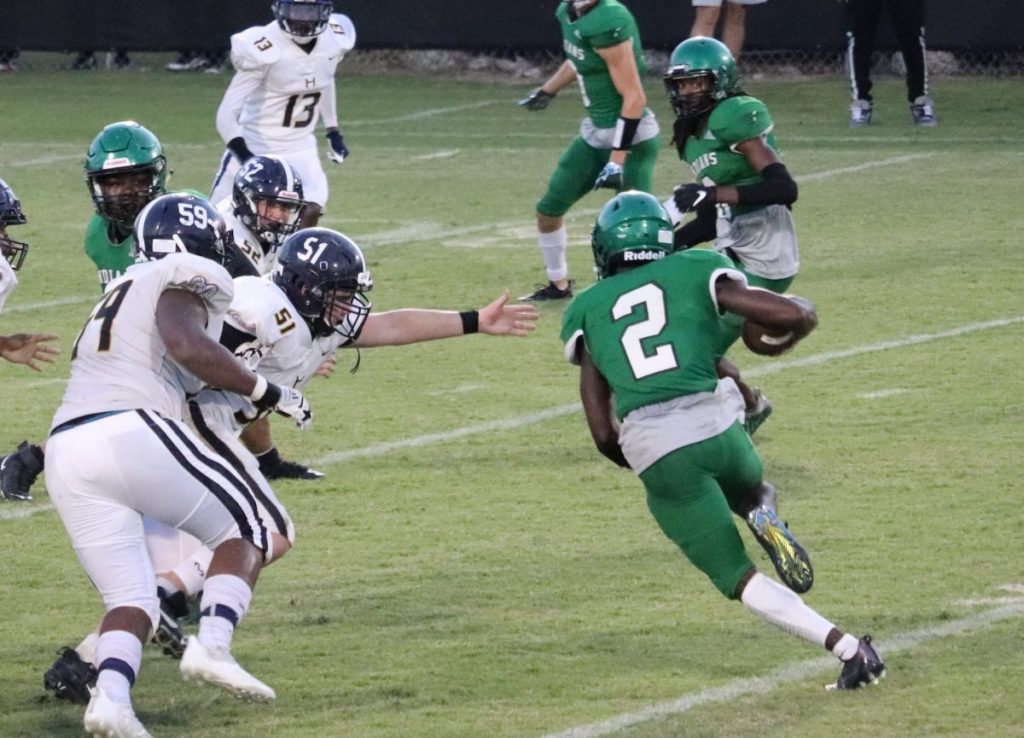