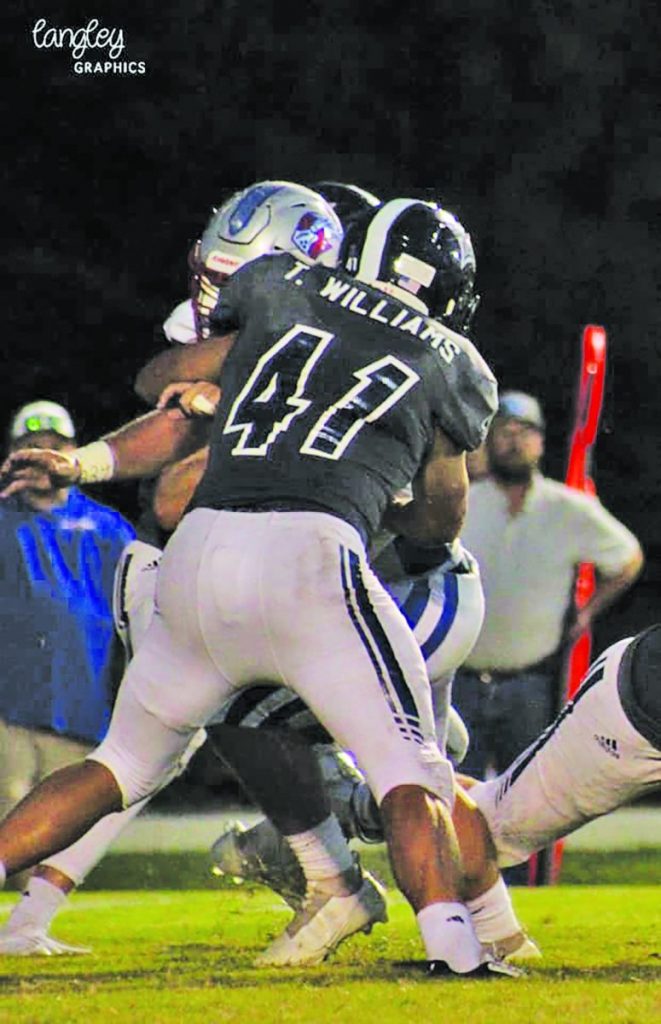 The SGA Warriors were finally able to get their 2021 football season underway this past Friday in Damascus with a match up against the Macon East Academy Knights out of
Cecil, AL. In their face off last year, the Warriors were defeated in a tough loss by a score of 42-38 in their first ever game against the Knights. This year, SGA returned the favor, delivering their opponent a 21-20 defeat in a thriller that came down to the last drive of the game.

Offensively the Warriors accumulated a total of 305 yards: 262 rushing and 43 in the air. The ground game was led offensively by Senior Tyler Shierling who rushed for 151 yards on 17 carries including one touchdown. Quarterback Kole Kimbrel completed three passes to Shierling for a total of 43 yards. Junior Jaxson Haire toted the ball four  times for a total of 57 yards with one rushing touchdown. Preston Johnson, Coy Bruner and Owen Enfinger were all contributing factors in the rushing game for the Warriors.

On the defensive side of the ball, Senior Ty Williams accumulated an impressive 19 tackles, nine assists and two tackles for loss. Haire added nine tackles and five  assists with Seniors Preston Johnson and Brady Brunson each recording five tackles, five assists and one tackle-for-loss. Brunson was also able to reach the quarterback for the only sack of the game for the Warrior defense.

The Warriors got things started on the first drive of the game as they marched down the field capping the drive off with a six yard TD run by Coy Bruner. Kicker Banks Johnson’s PAT was good, giving the Warriors a 7-0 lead early in the first quarter. The Knights  countered on the next drive, though the Warriors held them with a goal line stand forcing a turnover on downs. Macon East successfully completed two passing touchdowns going ahead 14-7 before the Warriors were able to answer with a 50 yard rushing touchdown by Jaxson Haire. The PAT was no good, bringing the score to 14-13 which held for the remainder of the first half.

It was all defense in the third quarter with both teams unable to put any points on the board. The Knights were threatening in the red zone late in the quarter until Ty Williams made four consecutive tackles to stop them in their tracks.

To start an exciting fourth quarter, the Warriors scored on a 20 yard scamper by Shierling which was followed by a successful two point conversion pass from Kimbrel to Shierling, giving the Warriors the lead at 21-14. The Knights marched right down the field on the following possession and scored.
Jaxson Haire, in possibly the play of the game, came off the end and blocked the extra point, maintaining a one point lead for the Warriors. The Knights were unsuccessful in an onside kick but did manage to get the ball back for one final shot at victory. The Warrior defense stuck to their game plan and held off the Macon East Knights securing the win for the Warriors.

The SGA Warriors move forward in the season with a 2-0 record. They were credited the win following a forfeit by Baconton Charter School from their scheduled game August 23. Southwest Georgia Academy will be on the road this week to take on Central Fellowship Christian Academy in Macon, GA. Kickoff is set for 7:30 p.m..