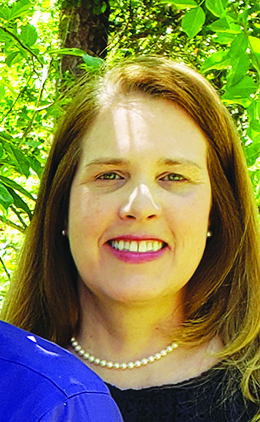 Join the fun and the run – this year live and in person – October 16 for the annual Rejoice Run & Mom’s Mile! Proceeds will continue to support breast cancer services, resources and programs right here at home in Seminole County. This year’s featured speaker for the event is cancer survivor Desiree Harrell

Pre-registration ($25) for the race and walk which kicks off the community’s Harvest Festival’s events closes on October 15.  Race Day registration is $30.

Race applications will be available at registration on race day and are available at the Donalsonville-Seminole County Chamber office and online at donalsonvillehospital.org.  They can also be picked up at Roberts Pharmacy or Bishop’s Jewelers.

Event day registration and check in starts at 6:15 a.m. at the historic Fire Station facility on Woolfork Avenue. The One-Mile Fun Run/Walk will start at 7:30 a.m.. The 5K Run will start at 8:00 a.m., and  the awards presentation will immediately follow the 5K.

Awards will be given out to all 1 Mile Fun Run/Walk participants. 5K Awards will go to the first through third overall finishers in each age division.

“This annual fundraiser directly benefits our community by providing FREE Mammograms at Donalsonville Hospital every October and we need your support this year more than ever, commented Steffey Vines race organizer.

The purpose of the event, as in each of the previous runnings of its predecessors  is to raise awareness and funds for the fight against breast cancer here in Seminole County.  Steffey’s mom, the late Anne Coirini, is the namesake for Mom’s Mile. Anne was diagnosed with breast cancer in November of 2004 after a routine mammogram.

Desiree Harrell, age 51, was born in Mobile, Alabama. She attended Auburn University, earned a degree in Aviation Management, and now has a private pilot’s license.

Daughter of Bill and Cheryl Havard of Milton, Florida she has been married for 23 years to Chip Harrell. They live in Bainbridge, and have two children. Piper is 19 and attends the University of Mississippi, and Charlie is 17 and attends Bainbridge High School.

Desiree started running in 1988 during ROTC at Auburn. “I’m more of an interval run/walker. Done lots of 5k and 10k races and four half marathons including Disney, Seaside and Rock-n-Roll Savannah,” she commented.

Desiree was diagnosed in October 2016 with stage two invasive ductal carcinoma, found during a routine mammogram. After her first mammogram she was told that the pictures weren’t clear. She went back for a second one, and before she even got home from the appointment her doctor was calling to tell her that she needed a biopsy. When she went in for the results she said she never heard the words “You have cancer.”

Desiree commented, “What I remember was being told ‘the test results didn’t come back like we expected.’ The next few months were a whirlwind filled with tests and doctors appointments. I chose UAB in Birmingham as my place for treatment. In January of 2017, I had a bilateral mastectomy. That was followed by multiple surgeries due to complications. I did not require radiation or chemo. My children were in sixth and ninth grade at the time of my original diagnosis. I tried to keep life as normal as possible. I still participated in school trips including band trips to Chicago, New York, Washington DC, and Philadelphia. I kept working through it all.

Two and a half years later she was diagnosed with stage IV metastatic breast cancer with metastasis to the liver in April 2019. She is now on treatment for the rest of her life.

Desiree added, “My goal is to be here for my family as long as possible. I don’t want their memories of high school and college to be that mom was sick. It’s amazing that it takes a flash of death to really know what
living is! I will never be considered cancer free, but I’ve been very blessed that my treatments have had minimal side effects so far. Mostly I deal with fatigue which has hampered my running and walking. My life is on a 28-day cycle of medication and doctors appointments.

“My motto has been ‘Consider it all joy’ from James 1:2-4 “Consider it all joy, my brothers and sisters, whenever you face trials of many kinds, because you know that the testing of your faith produces perseverance. Let perseverance finish its work so that you may be mature and complete, not lacking anything.”

“I have had an amazing support system of family and friends during this process. I couldn’t have asked for better people to be surrounded by.”

This October is the five-year anniversary since her original diagnosis and two and a half years since her stage IV metastatic diagnosis.