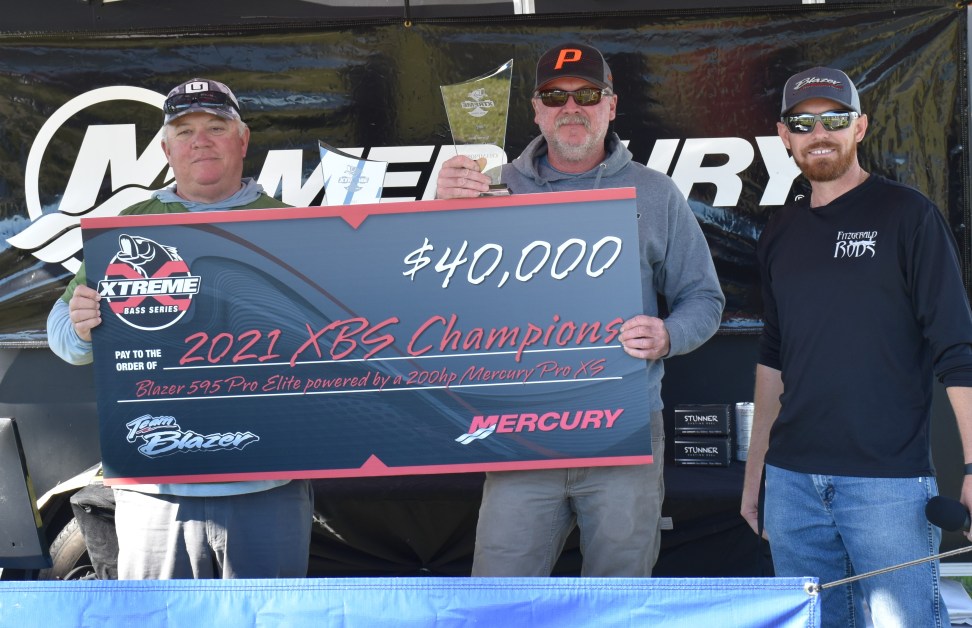 The Reel Money Student Trail high school and junior division bass fishing tournament will be held out of Big Jim’s/Reynolds Landing on Lake Seminole this weekend.

Results will appear in the November 18 edition of your Donalsonville News.

In a tournament held last weekend on Lake Seminole Mike Jackson and Matt Kinney took the 2021 Xtreme Bass Series Championship wire to wire, winning a new Blazer 595 Pro Elite powered by a 200 HP Mercury Pro XS valued at $40,000.00. Jackson and Kinney weighed a 26.55 pound bag on day one to take a commanding lead over the 108 boat field. They followed up with a 19.14 pound bag on day two, giving them a two day total of 45.69 pounds.

The father and son team of Joey and Logan Pate took home a third place finish with a 34.67 pound, two day total. The duo who won the divisional points championship in the Suwannee River division also earned Team of the Year honors by being the highest finishing divisional points champions. They will receive free entries into one division of their choice for the 2022 season. Along with those accolades, they also received $300.00 for the BoatCoversAnywhere.com Team of the Year prize as well as $300.00 for the BoatCoversAnywhere.com highest finishing Father/Son team.

Completing the top five was the team of Marlon Crowder and Christian Greico. The duo made the largest jump on day two with the day’s largest bag at 23.27 pounds. They finished the event with a two day total of 34.00 pounds, earning $1,500.00.