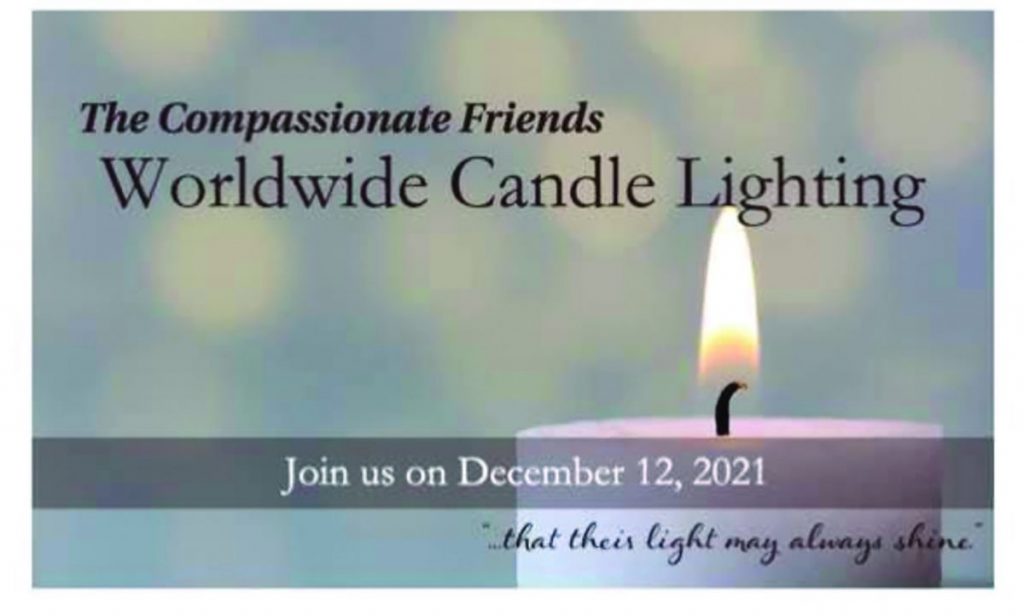 The Compassionate Friends of Southwest Georgia will hold its candle lighting ceremony at 7 p.m. this Sunday at the Earle May Boat Basin in Bainbridge.  The Compassionate Friends organization’s worldwide candle lighting on the second Sunday in December unites family and friends around the globe in lighting candles for one hour to honor the memories of the sons, daughters, brothers, sisters, and grandchildren who left too soon. As candles are lit on December 12th at 7:00 p.m. local time, hundreds of thousands of people commemorate  and honor the memory of all children gone too soon.

Now believed  to be the largest  mass candle lighting on the globe. the annual Worldwide  Candle Lighting  (WCL), a gift to the bereavement community from The Compassionate Friends, creates  a virtual 24·hour wave of light as it moves from time zone to time  zone. TCF’s WCL started in the United States in 1997 as a small internet observance and has since swelled in numbers as word has spread throughout the world of the remembrance.

Hundreds of formal candle lighting events are held, and thousands of informal candle lightnings are conducted in homes, as families gather in quiet remembrance of children who have died and will never be forgotten.