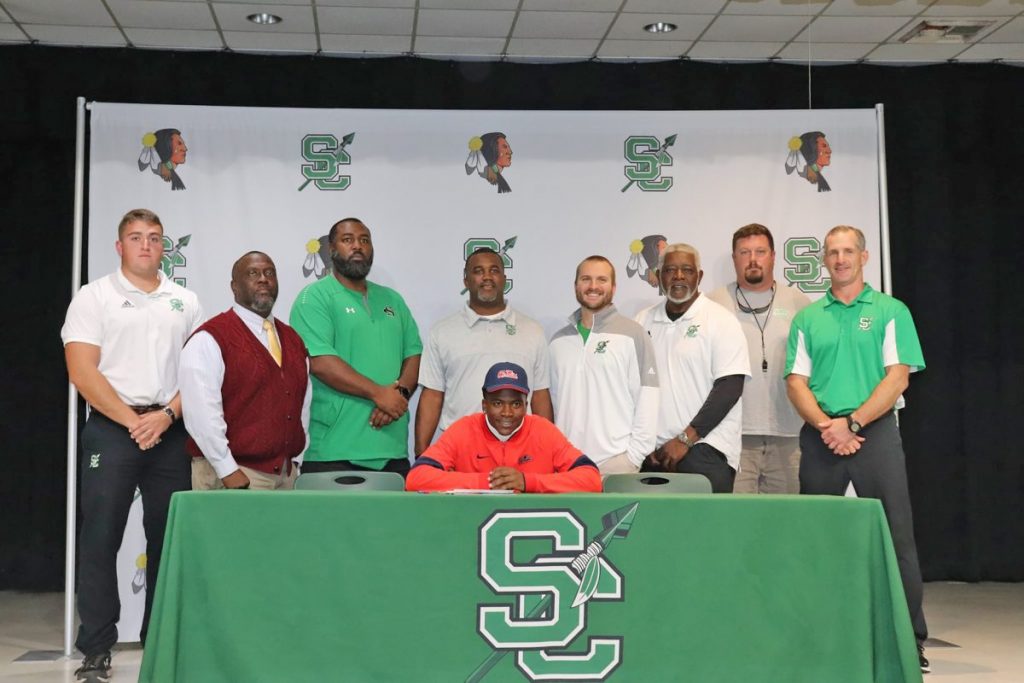 The Senior signed with Lane Kiffin’s University of Mississippi program on Wednesday, December 15 at the middle-high school.

The 5-foot-11, 185-pound defensive back is ranked as high as No. 20 nationally at his position by Rivals and No. 36 by 247 Sports Composite. He is considered a top 50 player in the state of Georgia by most recruiting services. He is rated a four-star prospect by 247Sports Composite, On3 and Rivals.

“From the beginning, they were always recruiting me and they were always real,” Cull said of Ole Miss during a Dothan Eagle interview back in August when he committed to the program. “I like the way they plan to use me on defense. Overall, I felt it was the best fit for me and my family.”

Cull, during the August interview, said that Ole Miss coaches indicated that they will utilize him as hybrid safety in its three safety system, allowing him to roam the field.

The Clarion (Miss.) Ledger, on its website Wednesday, said “With his size, Cull probably profiles as a nickelback or interior safety, potentially taking over for Tysheem Johnson if he moves outside to sideline corner next year.”

“I cover a lot of ground,” Cull said. “I do that well and I am also a good tackler.”

Cull had narrowed a list of 22 offers to six before deciding on the Rebels. Miami, Alabama, Auburn, Florida and South Carolina were other schools in his top six

In addition to playing on defense, Cull played quarterback and some running back on offense for the Class A Indian program this past season.

In nine games, he recorded 44 tackles, two interceptions and four pass break-ups on defense. He returned one of the interceptions for a touchdown. Offensively, he threw for 264 yards off 17-of-31, rushed for 199 yards on just 45 carries (4.4 yards per carry) with five touchdowns and caught two passes for 64 yards with one TD.

He is also a basketball standout for Seminole County.

Cull is the cousin of former Seminole County and Georgia Bulldog star Bacarri Rambo, who played five seasons in the NFL with the Washington Redskins, Buffalo Bills and Miami Dolphins.

According to the Ole Miss football website announcing the Rebel signees on Wednesday, Cull plans to major in business with an emphasis in real estate.