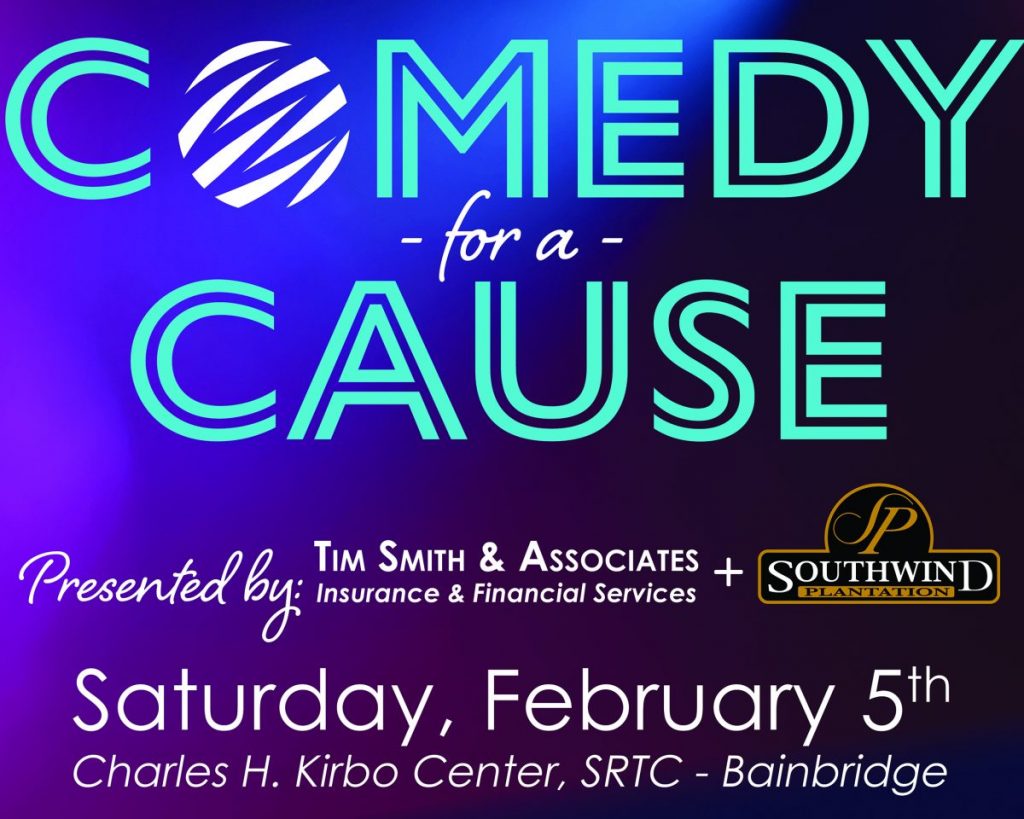 Southern Regional Technical College Foundation has an evening of laughter on its schedule for its upcoming event, Comedy for a Cause.  On Saturday, February 5, attendees will be treated to a night of exciting entertainment at Charles H. Kirbo Center on the college’s campus in Bainbridge, Georgia.

Comedy for a Cause will feature nationally-recognized comedians Josh Sneed and Collin Moulton together in a fun and funny ninety-minute show. Tickets will include drinks, dinner, and a presentation honoring distinguished SRTC alumni.

For questions, quotes, or further comments, contact Christina Reneau with the SRTC Foundation at (229) 225-4060 or creneau@southernregional.edu.

Josh Sneed is a headliner in standup comedy clubs around the country and has performed at numerous private and corporate events.

In 2004, Josh performed at the prestigious “Just For Laughs” Comedy Festival in Montreal and made his television debut on Comedy Central’s “Premium Blend”. In 2007, Josh was chosen by Comedy Central to perform in their inaugural South Beach Comedy Festival. Later that year, Josh filmed his 30- minute stand-up special, “Comedy Central Presents: Josh Sneed”. In 2008, Josh finished second out of 100 of Comedy Central’s top comedians in the Annual Stand-up Showdown Competition, and released an album on Comedy Central Records called “Unacceptable”, which iTunes selected as one of the Top 10 comedy albums released. In 2009, Josh garnered praise from Punchline Magazine for his performance at the Aspen Comedy Festival. He is a favorite of the nationally syndicated “The Bob & Tom Show”, and receives regular airplay on Sirius/XM radio.

You can see a preview of his stand-up at https://www.youtube.com/watch?v=K-CkdayXDoc

Collin Moulton is one of the most fun, personable, and sought after headliners today. He has had his own stand-up special on Showtime, his new clean comedy Dry Bar Comedy special “Anti Animal Vegan“ has over 40 million views, he’s been on Nickelodeon, and was featured on Last Call with Carson Daly. Collin’s newly released family-friendly album “Collin Cleans Up Well” garnered him Comedian of the Month on Laugh USA Sirius XM 98 and Album of the Month on Raw Dog.

Touring for over 20 years, Collin has gained an ease and enjoyment on stage that makes every show worth watching.

America knows and loves him. His familiarity and energy engages and relieves the audience before he even speaks. His electric storytelling style makes you care about every topic he explores.

You can see a preview of his stand-up at https://www.youtube.com/watch?v=OD9SKtlqufU

The SRTC Foundation is a non-profit corporation whose mission is to promote the cause of higher education and expand educational opportunities to the students of SRTC. The Foundation strives to create scholarships and endowments, and assist in the financing of capital improvements and other college-related expenses.

The Presenting sponsors for Comedy for a Cause are Tim Smith and Associates, and Southwind Plantation.

Seats are limited. For more information, and tickets and sponsorship opportunities: https://southernregional.edu/comedynight