When Mary Lou and I retired and moved to Auburn, we had several items on our bucket list.  Chief among them was to travel more and explore the world while we were still young enough and healthy enough.  Then Covid came and the resulting pandemic put the brakes on almost all travel.

This week we boarded a plane for New York, our first flight in almost two years.   It was not without some reservation given the current Omicron surge, but we heard from multiple friends how safe New York City is at this time.  Less people.  Off season.  Proof of vaccination required for all plays, museums, restaurants, and any other public space.  so, we decided to give it a shot.

For people who love to travel as much as my wife and I, just getting on a plane was a shot of adrenaline.  We stayed in the apartment of a great friend on West 42nd Street, who was gracious enough to show us the city from an insider’s point of view.  Another couple of Auburn people joined us and we collectively took on the city with a passion.

In six days, Mary Lou and I attended seven Broadway plays and visited four world-class museums.  That does not include the excellent food of all types that can be found in New York.  I am thankful there was no scale to weigh myself daily in my friend’s condo.  That bad news can wait until we return home to Auburn.

After several delays and postponements, we finally saw Hamilton, which did not disappoint.  That was followed by To Kill a Mockingbird, which may have been my personal favorite.  It is hard to believe that a theater with over a thousand people attending can be so still and quiet, for such long periods of time.

Company was a delightful musical about a 35-year-old woman facing a midlife crisis.  Broadway legend Patti LuPone  was cast in one of the leads and was just one of the great stars of that performance.

Harry Potter and the Cursed Child was a technological marvel.  Over $24 Million went into the renovations at the Lyric Theater to be able to house this masterpiece.   You do not have to have read every Harry Potter book or see every one of the movies to appreciate this show.

The Music Man is always a crowd pleaser and was made especially good by the appearance of Hugh Jackman and Sutton Foster in the starring roles.  Chicago is a high energy, dynamic performance that was as good as advertised.  Better than the movie, as most plays are.

Six was a play about the six wives of Henry the Eighth, King of England.  With Mary Lou being a British history buff, this held some interest for her.  It turned out to be an over the top, energized, 21st century celebration of girl power, with a remix of music that has never been on my playlist.  It was, however, exactly what the packed crowd of people mostly half our age wanted to see and hear.

When not in a Broadway show, we found our way to some of our favorite museums and some new gems.  The Metropolitan Museum of Art, commonly known as “The Met” is a must see for anyone that has never been to New York.  Mary Lou and I have been quite a few times and have still only scratched the surface.

The Whitney Museum of American Art is a stunner.  The building is a work of art itself.  It was born from the private collection of heiress Gertrude Vanderbilt Whitney and has grown to house a world-class collection.

The Guggenheim Museum of Art is housed in the Frank Lloyd Wright designed building that is so impressive and important that it is part of a UNESCO World Heritage Site.   It has an outstanding collection of Van Gogh, Pissarro, Cezanne, and over 30 works by Pablo Picasso.

Finally, we visited the Tenement Museum on the Lower East Side.  It was of particular interest to one of our traveling companions as her grandparents had immigrated from Sicily.  The 315 square foot apartment that we visited brought to life the challenges that the millions of immigrants passing through New York might have faced.

However, the highlight of the trip was spending time with old friends and making new ones.  It was rediscovering our love of travel and exploring major cities of the world, even if we have been to New York City many times before.

It was running into dear friends from Bainbridge following a play, continuing a long streak Mary Lou and I have of unexpectedly bumping into someone we know every time we come to the Big Apple.

It was meeting a couple from Belfast, Ireland while dining at Carmines.  They were on their honeymoon.  We bought their dinner.  I think we will all remember that night.

New York is alive and vibrant, even during a pandemic and even with the presence of a wind chill of below 0 degrees.  The smells, sights and sounds of New York energize you like few other cities in the world.

We are headed home exhausted, but frankly, happy.  It was a wonderful trip at just the right time for us.   Thanks to our friends for making it possible and sharing the special moments.

If you are considering a trip, especially if you have never been, think of New York, New York.  And if you go, give our regards to old Broadway, and tell them we will be back before long. 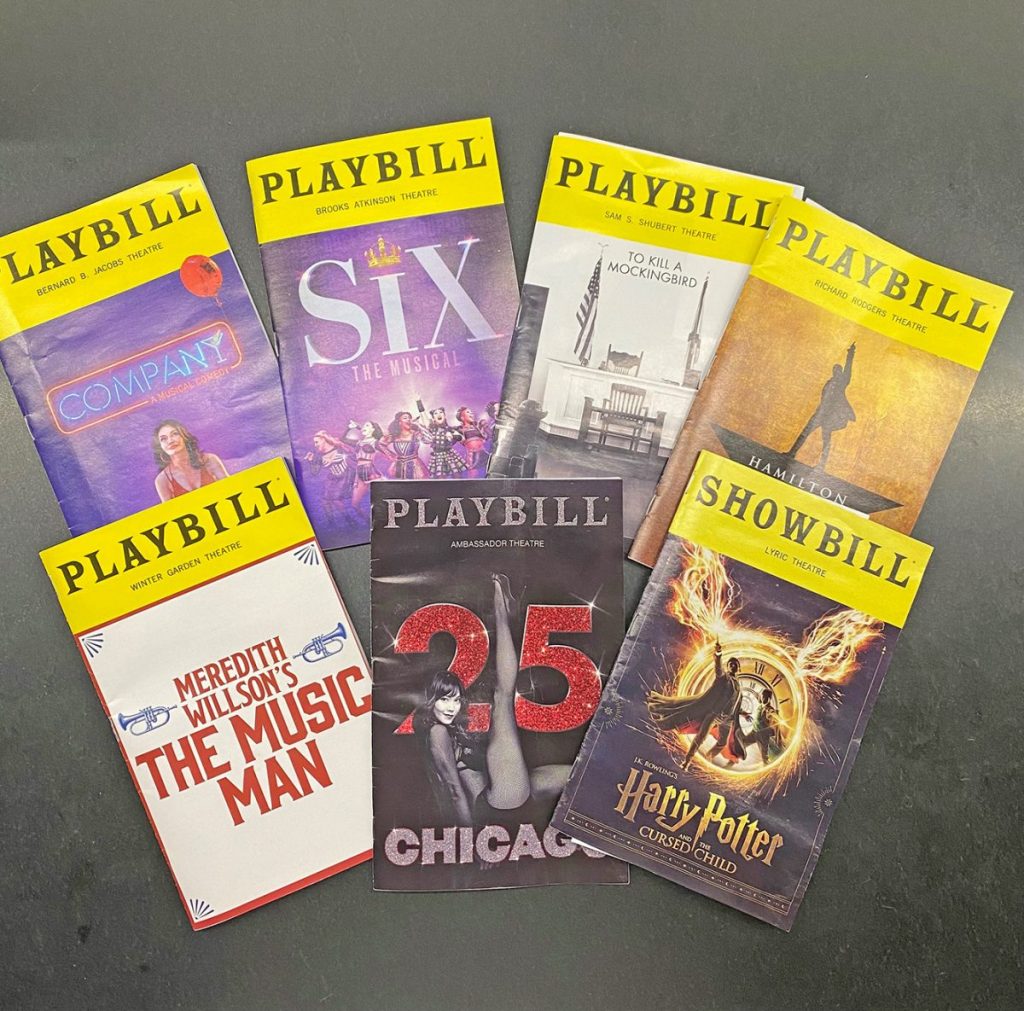