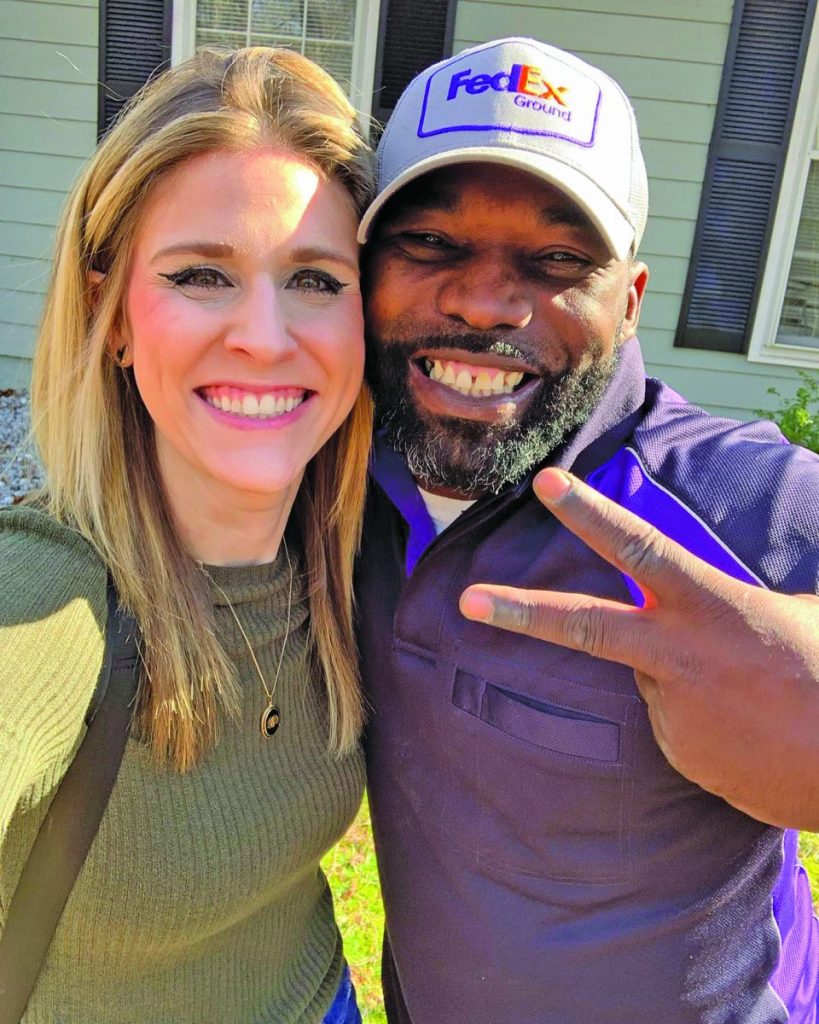 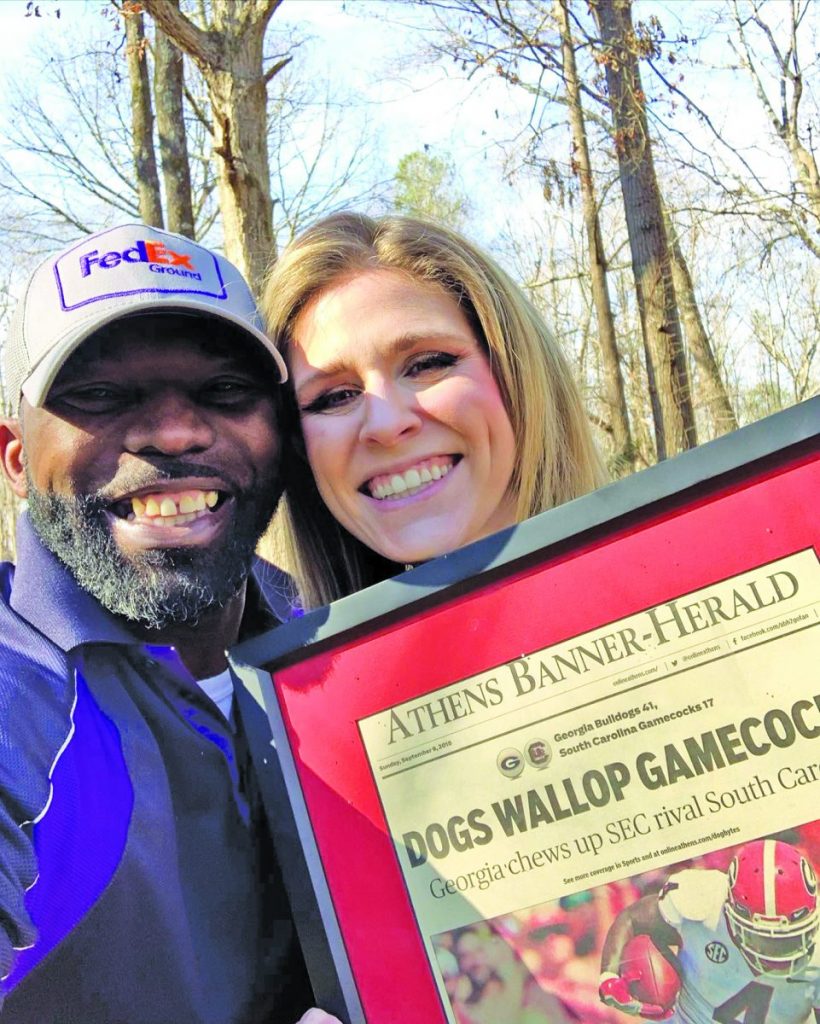 Dickerson, a Donalsonville native now living in Athens with her husband and sons, says she had a theory about random acts of kindness.

“I feel like nowadays you just don’t see them anymore,” said Dickerson. That was, until the University of Georgia grad had a chat with her FedEx driver.

It started with her request of the driver to drop her packages on the porch of her home outside of Athens. Then the conversation between the two of them got personal.

“He said, ‘Tell me what happened to you this year,’ and I just broke down and told him everything,” commented Lindsay.

Lindsay has suffered with serious health problems most of her life, and has had more than two dozen surgeries. She figures she has spent a total of two-and-a-half years in hospitals. Because she is homebound much of the time, she orders lots and lots of medical supplies.

When it rains, the packages get wet if left in the driveway. So after talking with the FedEx driver, Mecole Hardman Sr., he said he’d put them on the porch for her from now on.

After hearing Lindsay’s courageous story, Hardman Sr. couldn’t stop thinking about everything she has been through. “Her story and her courage to tackle one day at a time with hope and kindness just touched me,” he said.

Hearing from her how much she loved the Georgia Bulldogs, he knew exactly what he had to do to put a smile on her face.

Mecole Hardman, Sr. arranged a FaceTime call for Lindsay with his son, Mecole Hardman, Jr. who just happens to be one of the greatest wide receivers ever to come out of the University of Georgia. He now plays for the Kansas City Chiefs.

Via FaceTime, the two had a nice conversation, and he told Lindsay to keep moving forward and to keep up the good fight.

Mecole’s dad then gave Lindsay a framed and autographed photo of one of Mecole Jr.’s greatest plays, known in Athens as ‘The Leap’  depicting his talents in a victory over the South Carolina Gamecocks.

“For Mecole, Jr. to take time out of prepping for the NFL playoffs blew my mind. I forgot to tell him good luck in the playoffs because I was so star-struck,” said Dickerson.

“Sometimes God works in mysterious ways and sends you something just when you need it. Mecole, Sr. and his son were just that something,” Lindsay added.

FedEx driver Mecole Hardman, Sr. and his son Mecole, Jr. delivered Lindsay a package of hope and kindness she will  remember for a lifetime.

Lindsay is the daughter of Becky and Wayne Worsham of Donalsonville.