Greene will run in the

Georgia State Representative Gerald Greene announced this week he will run for re-election in 2022, building on his decades-long record of fighting for rural communities and Southwest Georgians. He also highlighted his key legislative priorities for the upcoming legislative session, including mental health reform and increased funding for law enforcement officers.

Following the 2021 special session on redistricting, Greene will run in the newly drawn House District 154, comprised of Seminole, Calhoun, Clay, Baker, Early, Miller, Quitman, Randolph, and parts of Dougherty counties. Greene is also poised to become the next Dean of the Georgia House of Representatives, making him the longest-serving member of the Georgia House of Representatives.

“It’s been the privilege of my lifetime representing the hard-working Georgians of House District 151,” Greene said.  “While my district lines have changed, my commitment to each of you remains the same. I’ll continue working tirelessly on behalf of Southwest Georgia families, and my door is always open to anyone in need of assistance. I look forward to meeting and working with the residents, families and communities in House District 154 that I’ve not previously served. In the coming weeks and months, I intend to hold several events around the district to introduce myself, meet constituents and outline key priorities and legislative accomplishments.

“During this legislative session, I will continue building upon my record of advancing the needs of rural Georgians. My focus remains on increasing patient access to quality health care, improving k-12 education, increased funding for housing projects and ensuring economic opportunities for workers and businesses. As a former educator, I know firsthand the impact of a high-quality education, as well as the need to recruit and retain our best and brightest. Finally, I will continue safeguarding the interests and needs of our senior citizens and retirees.”

Chairman Greene was elected to the Georgia House of Representatives in 1982 and is currently serving his 39th year as representative of House District 151, which includes portions of Calhoun, Clay, Early, Quitman, Randolph, Stewart, Terrell, Webster and part of Dougherty County. He taught in the Randolph-Clay School System for 32 years and was named STAR Teacher of Randolph-Clay System in 1977 and 1993 and Teacher of the Year for the school system in 1991. He is chairman of the State Properties Committee and a member of the Appropriations, Economic Development & Tourism, Public Safety and Homeland Security, Retirement, Rules and Special Rules Committees.

Greene is a faithful member of the Springvale Baptist Church. 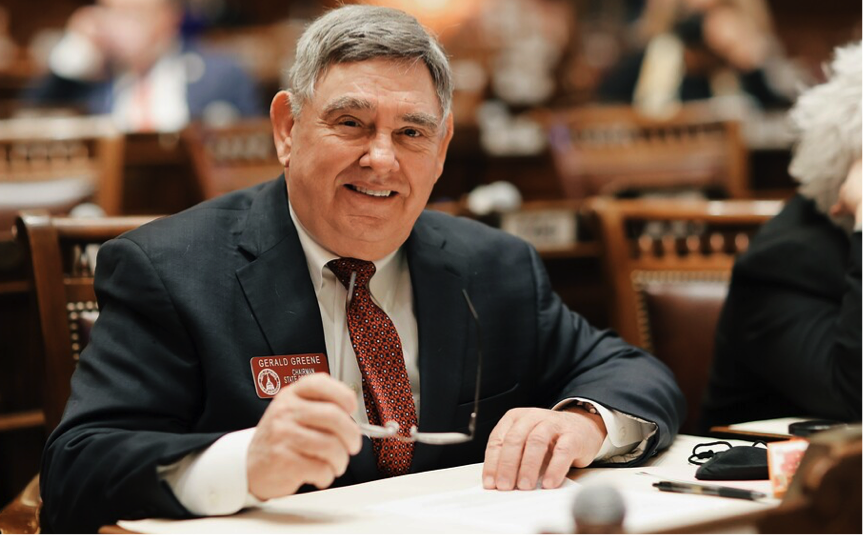