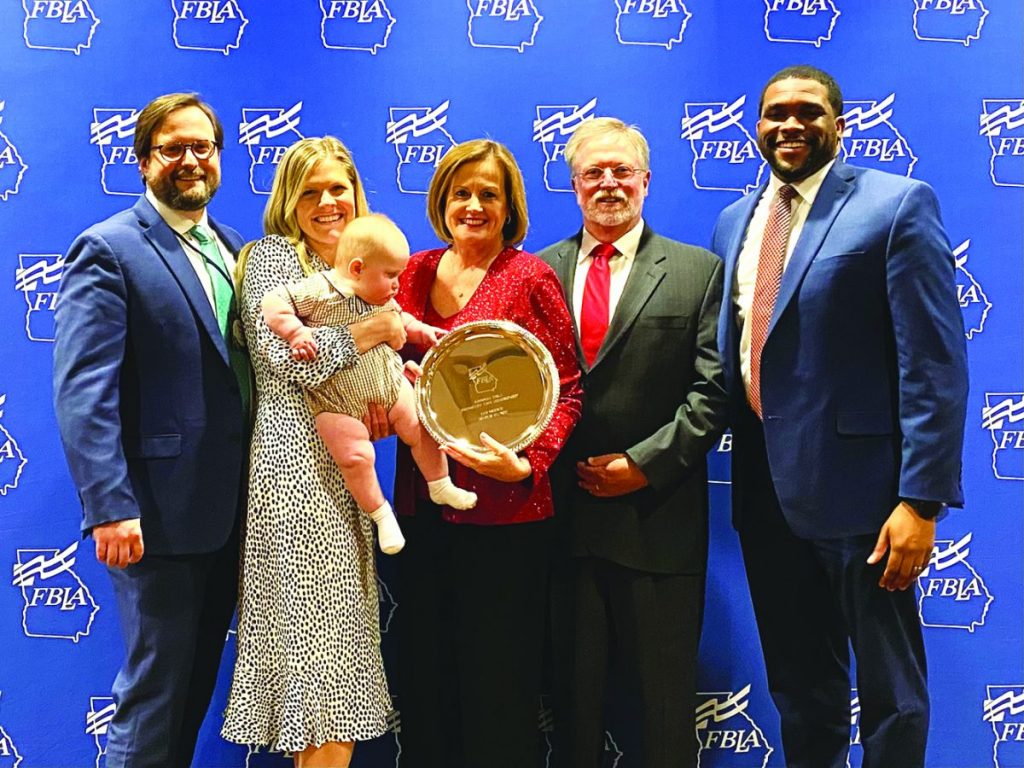 Pictured above are Kerry, Betsy and Charlie Orrick, Kim and Chuck Orrick, and Johnnelle Simpson

On Saturday, March 12, Kim Orrick was honored with an Honorary Life Membership by the Georgia FBLA Board of Directors at the State Leadership Conference in Atlanta.  She was one of four retired Georgia FBLA Advisers to receive the honor.

Mrs. Orrick was a FBLA Adviser at Seminole County Middle/High School for 19 years.  She served a four-year term on the Georgia FBLA Board of Directors as Chair and Member-At-Large.  She was also a charter member of the Georgia FBLA Foundation Board.  Mrs. Orrick served as a State Officer Adviser and served as the Region One Adviser for ten years and was named Region 1 Adviser of the Year in 2002 and 2008.  During her career, Seminole County had one State Officer, eleven Region Officers, over thirty state winners and six national winners.

Mrs. Orrick stated that her favorite FBLA memories include serving as a state officer adviser to her son, Kerry Orrick; watching one of her members, Johnelle Simpson, win first place in Public Speaking at the National Leadership Conference; and sitting on the floor in front of the stage and feeling more excited than her students on stage receiving the awards.  She also stated that FBLA was the most rewarding and favorite part of her career as a teacher.

Johnelle, a former first place winner at FBLA Nationals, had this to say about Mrs. Orrick, “Things really do come full circle.  In this exact hotel in 2010, 2011, and 2012, Mrs. Orrick stood beside this stage cheering for me as I advanced to Nationals.  I’m excited to cheer her on as her tireless work and dedication are recognized.  She has been an adviser, life coach, mentor, second mom, and most of all, a motivator.  I’m truly grateful for her seeing the potential in me and setting me up for a successful future.”

The honorees were recognized at a VIP Dinner and presented with a silver tray during the awards ceremony at the Georgia FBLA State Leadership Conference later that evening.  Accompanying Mrs. Orrick to the event were members of her family (Chuck, Kerry, Betsy, and Charlie) and her former student, Johnelle, who surprised her with his attendance.