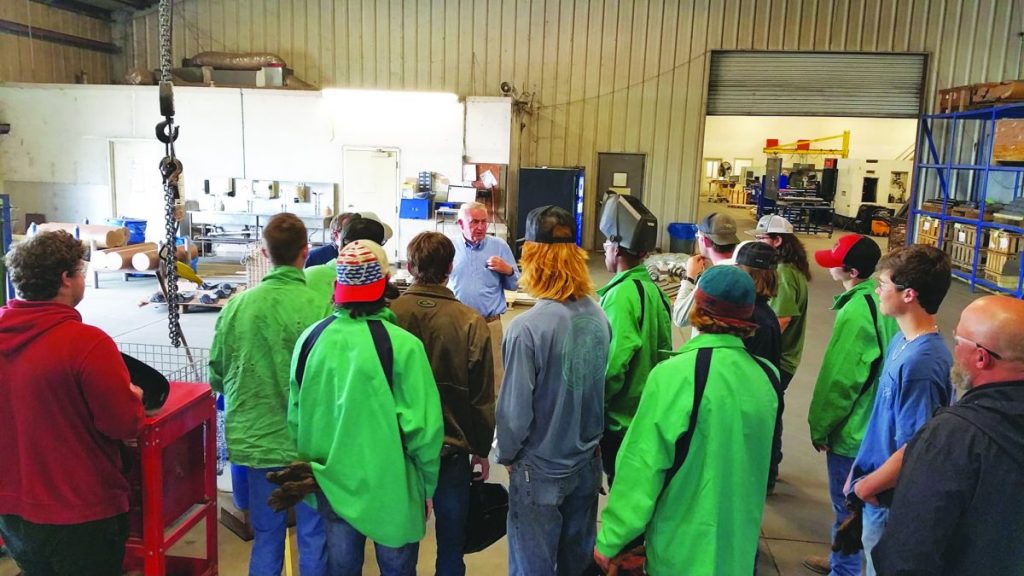 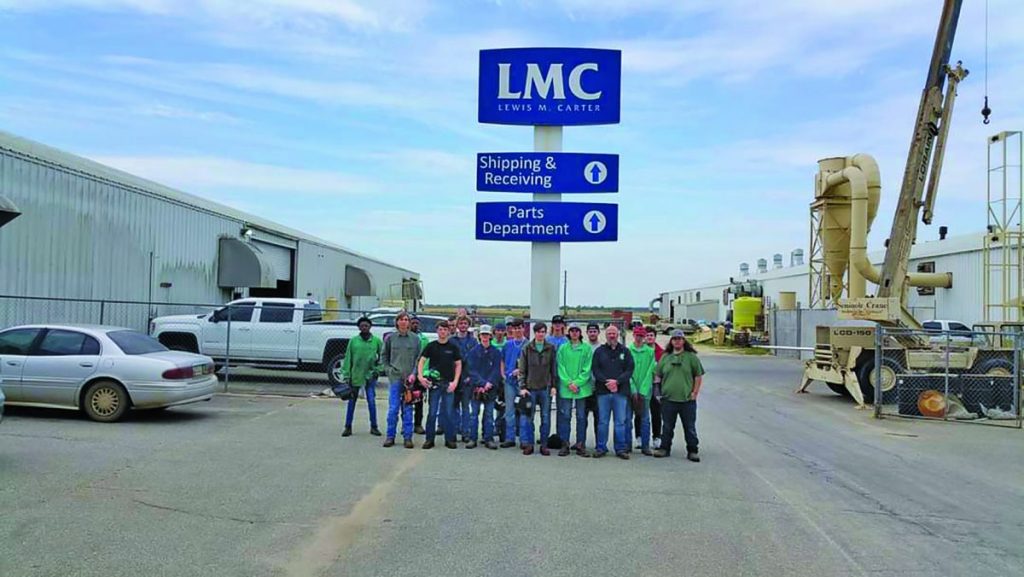 Donalsonville’s Lewis M. Carter Manufacturing, (LMC) has a profound interest in the future. Not just for the sake of the company but for those around all of us as well. Lewis M. Carter, Jr. commented, “We may be a company that has manufactured machinery used in production on almost every continent, but our roots are local to Donalsonville. So, any mention of LMC and its growth in the future depends a great deal on what we do today – which includes fostering the local youth of the area.”

Last week LMC hosted a group of welding students from Seminole County Middle High School. The group, chaperoned by SCMHS Ag Mechanics Instructor Advisor Dusty Smith and SCMHS CTI Coordinator Kayla Andrews, was given a tour of the facility and presented with an opportunity to see the inner workings of the manufacturing operations.

As a leader in producing world-class machinery for more than eighty years, LMC offers solutions individually tailored for each of its world-wide customers. From gravity separation machines and destoners to vibratory conveyors, LMC produces custom-built industrial separation equipment for unique processing requirements.

LMC’s Parts and Service Manager Stan Kennedy led the group around the different parts of the facility and gave them an initiation to a real-world employment opportunity experience each of them could be a part of upon completion of their high school education.

Following the orientation, the students were offered the opportunity to try their hand at a LMC welding test. A LMC spokesperson commented, “It spoke well of teaching talents of the students’ instructor, Mr. Smith, because each student did well enough on their tests to be considered for welding positions employment with LMC if they desire after graduation.

As a world class leader and major manufacturer in Georgia, LMC has a vested interest to nurture these kinds of relationships, especially with students curious and eager to know what lies ahead, because their future and success is just as much our own. LMC thanks the students and the local school system for the opportunity to share what the company does and the employment opportunities it offers – right here at home.

Following the tour, Kennedy mentioned his appreciation for their interest and positive attitudes during their time visiting.

“The amazing talent coming out of SCMHS is a promising look at what the future holds for wherever the students decide to start their careers. It speaks volumes about their educational process when just about all the students would have been easily hired on the spot.”

After departing from LMC the group also took a brief tour of American Peanut Growers Group’s latest addition to their peanut processing operations that will be responsible for peanut butter ingredients.