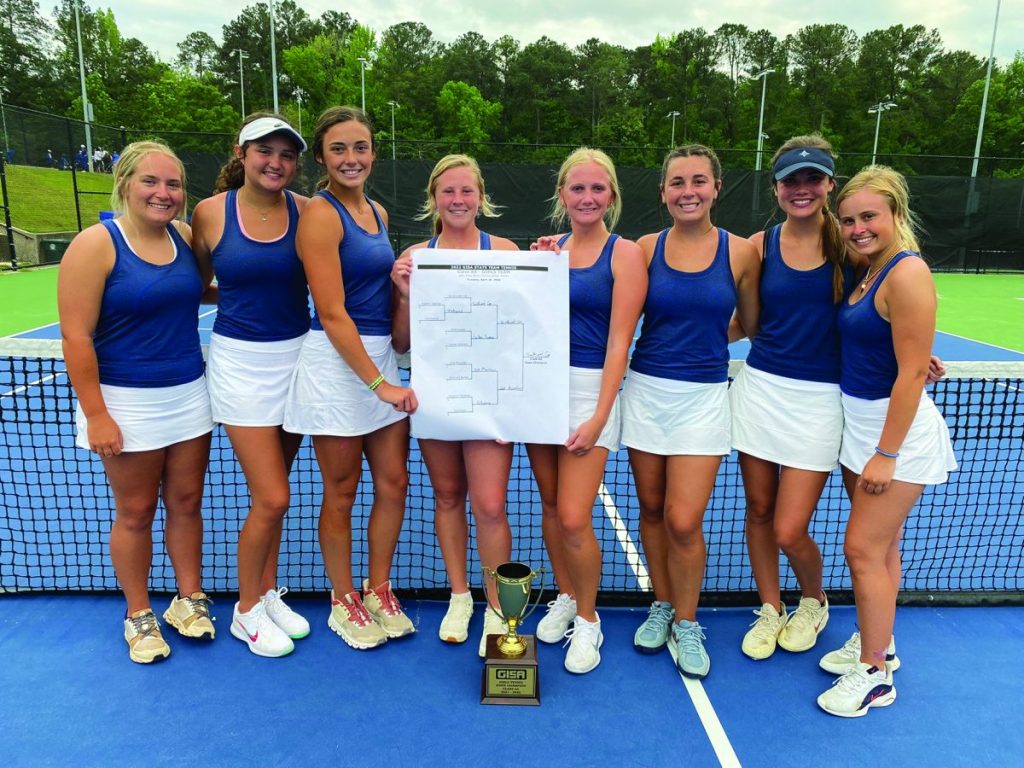 During the team tournament, the Lady Warriors, ranked #1, received a bye in the first round. They defeated Region 3-AA rival Westwood in round two to move on to the Final Four. The team then survived a tough battle with Fulton Science to advance to the championship game against Oak Mountain, the defending state champions. Three matches were won, and the Lady Warriors are the 2022 state champs!

In the individual state competition, Junior Blair Pollock, SGA’s #1 singles, had wins against Brentwood, Fulton Science, and Citizens Christian to move into the title game. Pollock soundly defeated Terrell’s #1 singles (6-0,6-0) to exit the court as the new state champion.

SGA’s #1 doubles duo, Seniors Carver and Cooper, made it to the championship match with wins against Robert Toombs, Oak Mountain “B”, and Fulton Science. The girls fought hard in the title game but lost in a split-set match to Oak Mountain, the defending state champions. Pollock, Carver, and Cooper were presented with 2022 GISA All-State plaques.

The Lady Warriors are the 2022 Region 3-AA champions. Qualifying for the individual and team state competitions took place at the region tournament held on April 14 in Bainbridge. Team members qualifying to compete at the state level with Pollock, Carver and Cooper were Caroline Harper, region #3 singles; Carley Miles Finn, region #4 singles; and Katie Earnest and Meg Phillips, region #3 doubles.

SGA’s first girls state title was the result of a total team effort. All three singles players and the two doubles teams won critical matches throughout the competition to secure the championship win. Leigh Cooper and Myrvin Fain are the team’s coaches.

Congratulations to the Lady Warriors!