Since 1953, The Salvation Army has faithfully and consistently worked to help those in need from our community, 365 day a year providing assistance to individuals and families who may find themselves in crisis, shelter to those experiencing homelessness, food and meals to the hungry, and much more.

In 1954, the week of November 18 – December 4 (now recognized in May) was declared by the United States Congress and proclaimed by President Dwight D. Eisenhower to be the first National Salvation Army Week, as a reminder to Americans to give freely of themselves. In his speech, President Eisenhower said:

“Among Americans, The Salvation Army has long been a symbol of wholehearted dedication to the cause of human brotherhood. In time of war, the men and women of this organization have brought to those serving their country far from home, friendliness and warm concern. In the quieter days of peace, their work has been a constant reminder to us all that each of us is neighbor and kin to all Americans. Giving freely of themselves, the men and women of The Salvation Army have won the respect of us all.”

Today, The Salvation Army is at work in 132 countries around the world. Here in the USA in 2020 the organization provided more than 155 million meals between March and September alone, 1.6 million nights of COVID shelter, 6.6 million food boxes, and emotional and spiritual care to 857,000 people. With more than 7,500 centers of operation in the U.S., The Salvation Army is uniquely positioned to meet needs in Jesus’ name, without discrimination – wherever it exists.

For more information, or to make a donation, please call the Salvation Army Service Center in Bainbridge at 229-243-7250, visit the center at 600 S. Scott Street, or visit online at www.SalvationArmyGeorgia.org.

About The Salvation Army

The Salvation Army, an evangelical part of the universal Christian church established in London in 1865, has been supporting those in need in His name without discrimination for more than 130 years in the United States. Nearly 30 million Americans receive assistance from The Salvation Army each year through a broad array of social services that range from providing food for the hungry, relief for disaster victims, assistance for the disabled, outreach to the elderly and ill, clothing and shelter to the homeless and opportunities for underprivileged children. 82 cents of every dollar The Salvation Army spends is used to support those services in 5,000 communities nationwide. For more information, go to www.salvationarmyusa.org. 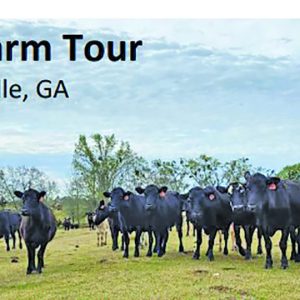