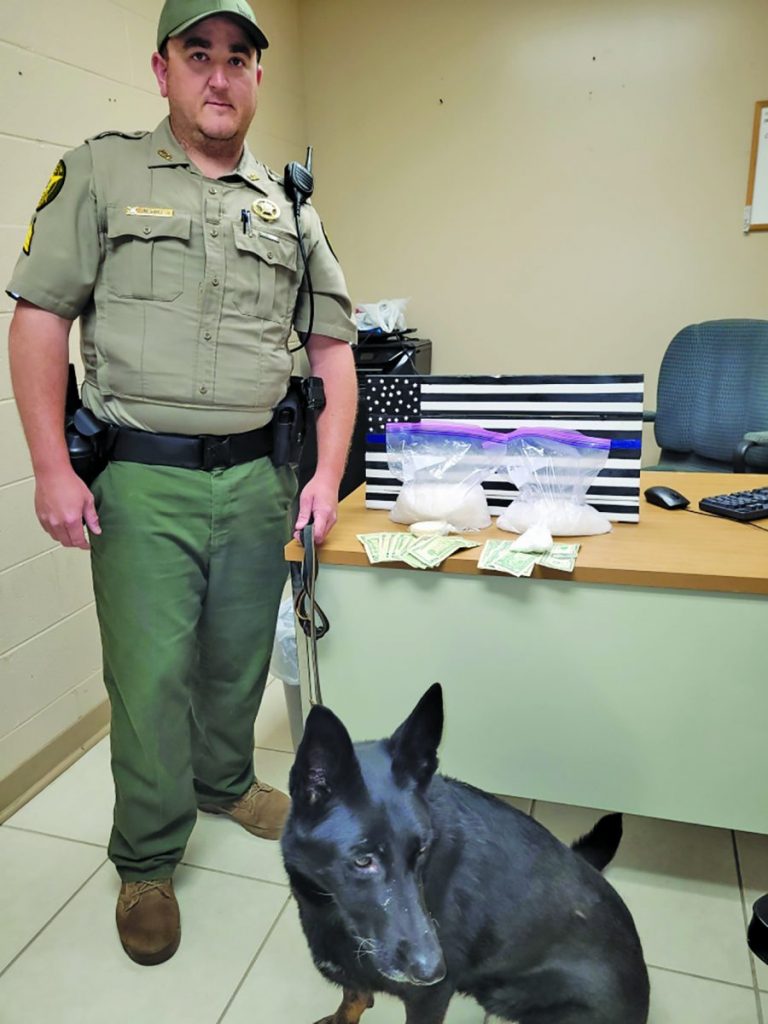 While on routine patrol on May 19th, at approximately 2:25 p.m. Seminole County Sheriff Officer Lieutenant Jim Shingler conducted a traffic stop on a Toyota Tacoma with a Florida tag.  In talking with the occupants of the vehicle, they stated that they had been to Macon and were en route back home to Panama City.  Lieutenant Shingler ran a license check on the driver, Kadarious K. Pope, who had a valid drivers license, and it was discovered he had prior arrests for cocaine possession.

Lieutenant  Shingler then asked for consent to search the vehicle; however, the driver denied consent.  At that time Shingler advised the driver and passenger, Jordan Tappan, that he would be using his K-9 Officer Layla to conduct a free air sniff of the vehicle.

Pope and Tappan were then placed under arrest and transported to Seminole County Jail.  Both Pope and Tappan were charged with trafficking meth and cocaine and are being held without bond.  Tappan’s four-year old son who was with them was later released to his grandmother.